Purpose: Breast cancer in young women is associated with an aggressive tumor biology and higher risk of recurrence. Pathologic complete response (pCR) after neoadjuvant therapy has been shown to be a surrogate marker for disease-free survival (DFS) and overall survival (OS), but the association between pCR and survival outcomes in young women with breast cancer is not well described. Methods: This study included women aged ≤40 years at diagnosis who received neoadjuvant chemotherapy (NAC) for stage II–III invasive breast cancer between 1998 and 2014 at Massachusetts General Hospital. Outcomes were compared between patients who achieved pCR (ypT0/is, ypN0) and those with residual disease. Results: A total of 170 young women were included in the analytical data set, of which 53 (31.2%) achieved pCR after NAC. The 5-year DFS rate for patients with and without pCR was 91% versus 60%, respectively (P<.01), and the OS rate was 95% versus 75%, respectively (P<.01). Among patients with pCR, no difference was seen in OS irrespective of baseline clinical stage (P=.6), but among patients with residual disease after NAC, a significant difference in OS based on baseline clinical stage was observed (P<.001). Conclusions: Our results suggest pCR after NAC is strongly associated with significantly improved DFS and OS in young women with breast cancer, and perhaps even more so than baseline stage. However, the significantly higher mortality for patients who did not attain pCR highlights the need for better therapies, and the neoadjuvant trial design could potentially serve as an efficient method for rapid triage and escalation/de-escalation of therapies to improve outcomes for young women with breast cancer. 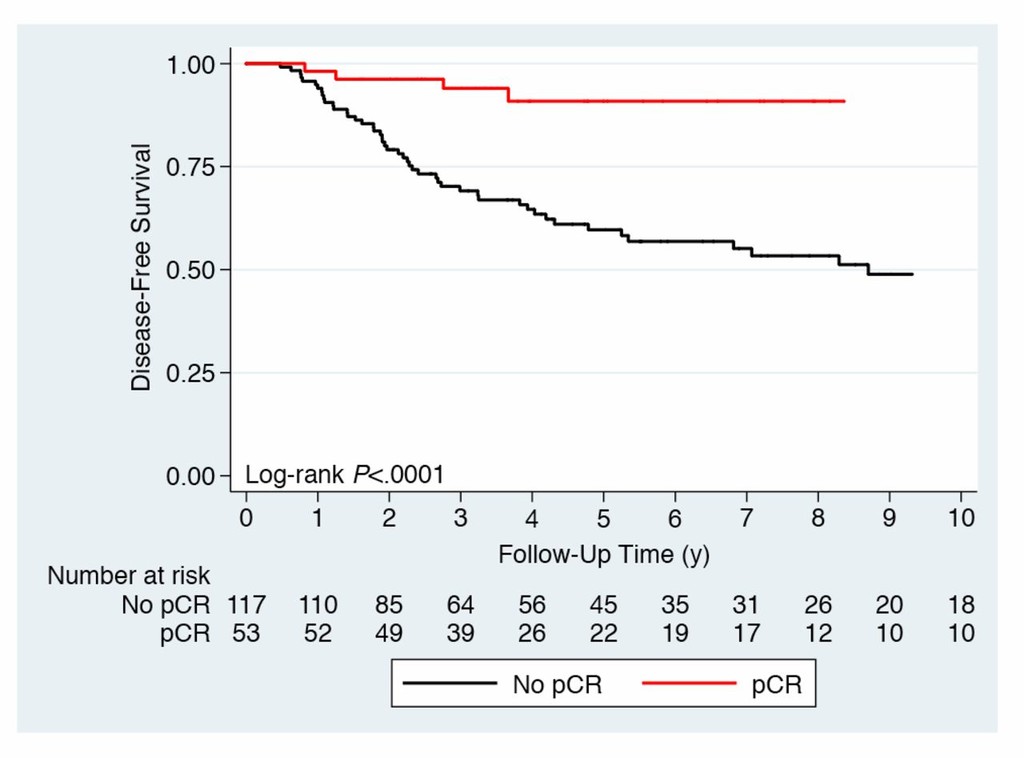 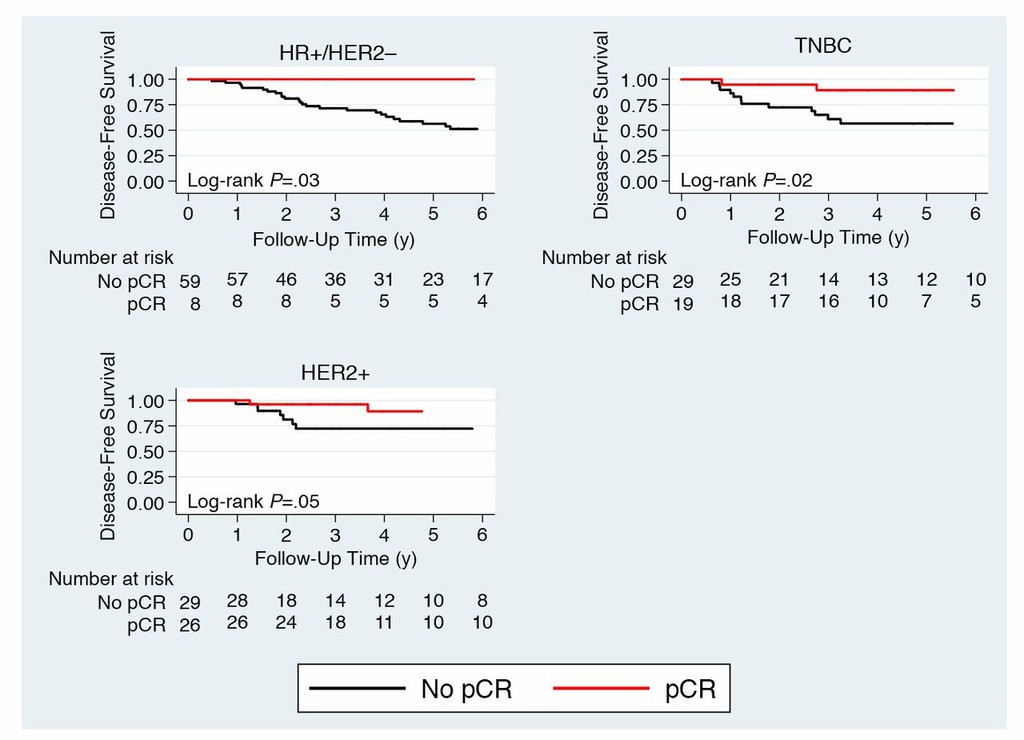 Disease-free survival by subtype based on pCR status. 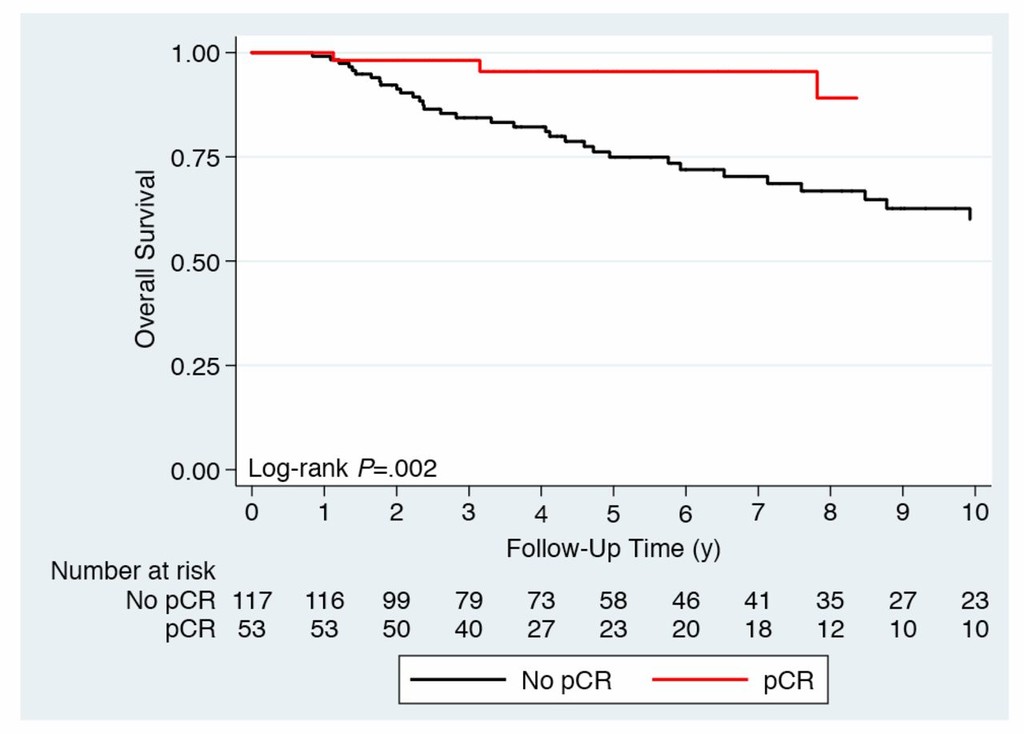 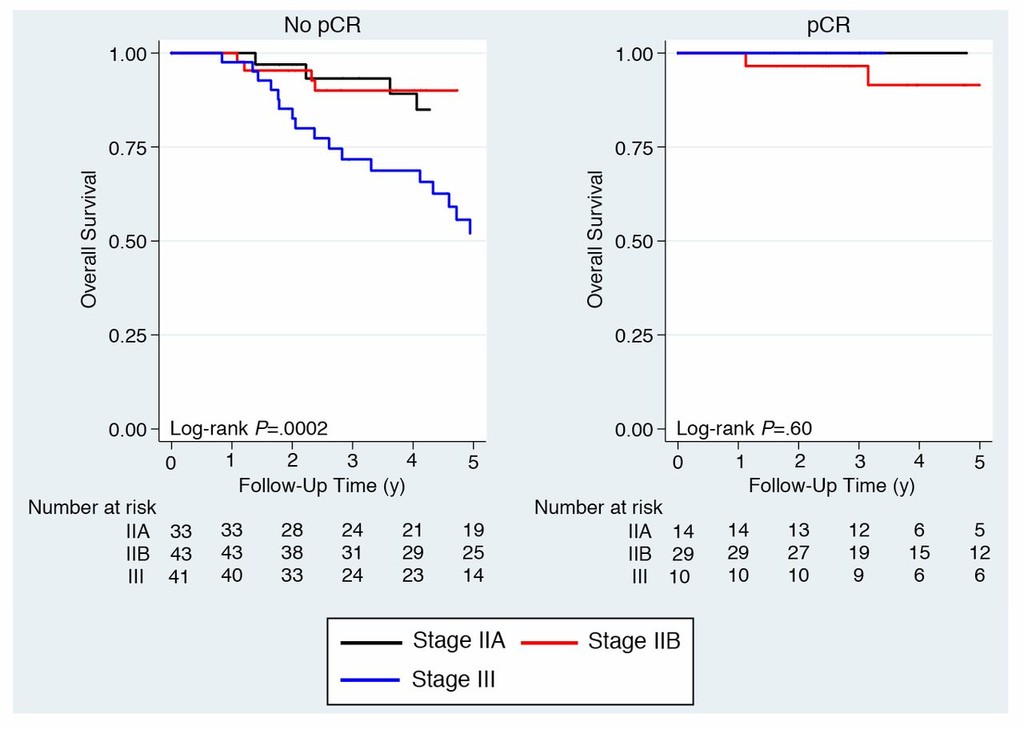 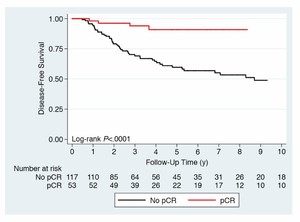 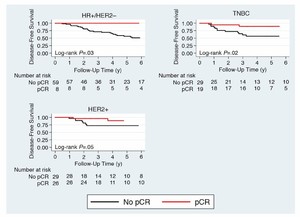 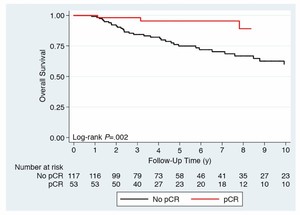 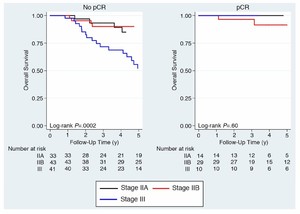