Vulvar cancer is a rare malignancy with high curability in early-stage disease, yet poor outcomes for advanced-stage and recurrent disease. Surgical management is at the cornerstone of treatment for most vulvar cancers, and includes conservative and radical resection of the primary vulvar tumor and excision of local lymph nodes, which are major prognostic factors and drive adjuvant treatment. This review summarizes the surgical management of primary squamous cell carcinoma of the vulva, specifically initial treatment guidelines by stage, based on the 2017 NCCN Clinical Practice Guidelines in Oncology for Vulvar Cancer. 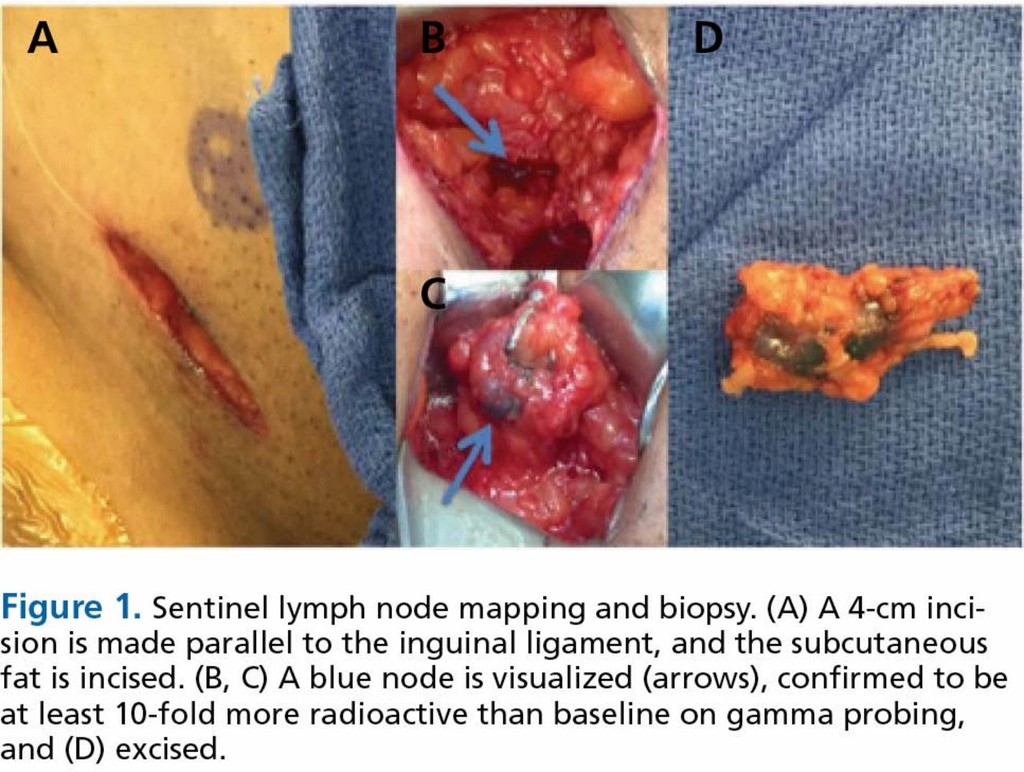 Sentinel lymph node mapping and biopsy. (A) A 4-cm incision is made parallel to the inguinal ligament, and the subcutaneous fat is incised. (B, C) A blue node is visualized (arrows), confirmed to be at least 10-fold more radioactive than baseline on gamma probing, and (D) excised. 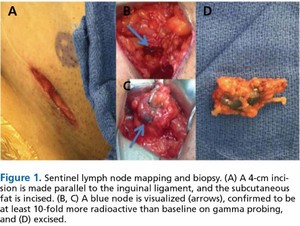