Background: Older patients with diffuse large B-cell lymphoma (DLBCL) are at risk of severe chemotherapy-related morbidity and mortality. Our objective was to quantify the risk and identify factors associated with death during the first cycle of immunochemotherapy in this population. Patients and Methods: Using Medicare claims linked to the population-based SEER registry (SEER-Medicare), we studied patients with DLBCL aged 65 years and older who received immunochemotherapy containing rituximab, cyclophosphamide, and vincristine, in combination with doxorubicin, mitoxantrone, or etoposide in 2003–2012. Risk factors for death and hospitalization within the first 30 days of treatment were studied in multivariable logistic regression models. Results: We identified 5,530 patients with a median age of 76 years, of whom 94% received doxorubicin-containing immunochemotherapy. Granulocyte colony-stimulating factor (G-CSF) was administered to 66% of patients during the first treatment cycle. Cumulative incidence of death at day 30 was 2.2%. The risk was significantly higher in patients aged 75 years and older and those who had B symptoms, chronic kidney disease, poor functional status, use of walking aids or wheelchairs, and prior hospitalization or upper endoscopy. The group with 0 to 1 risk factors (56% of patients) had a very low (0.6%) risk of early death, whereas the group with 4 or more risk factors (6% of patients) had a risk of 8.3%. Receipt of G-CSF was associated with a lower probability of early death in the high-risk group. The incidence of hospitalization within the first 30 days was 23.5%, peaking at day 8 of the cycle. Conclusions: Among older patients with DLBCL who receive contemporary immunochemotherapy, 1 in 45 die during the first month of treatment, and 1 in 4 are hospitalized. Factors identifiable from administrative/electronic records can stratify this risk and could be incorporated into decision support tools. Prophylactic G-CSF is not administered to more than one-third of patients, indicating an opportunity for improved preventive interventions. 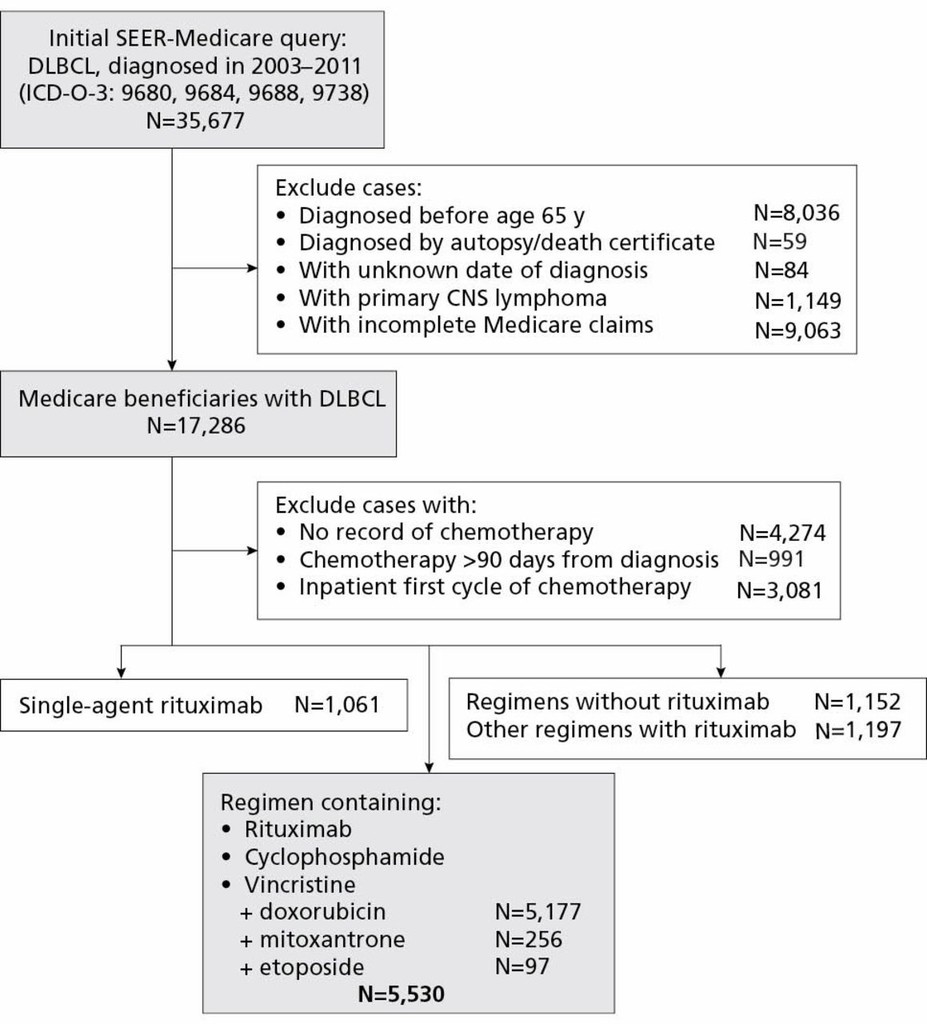 Selection of the analytic cohort from the SEER-Medicare data. 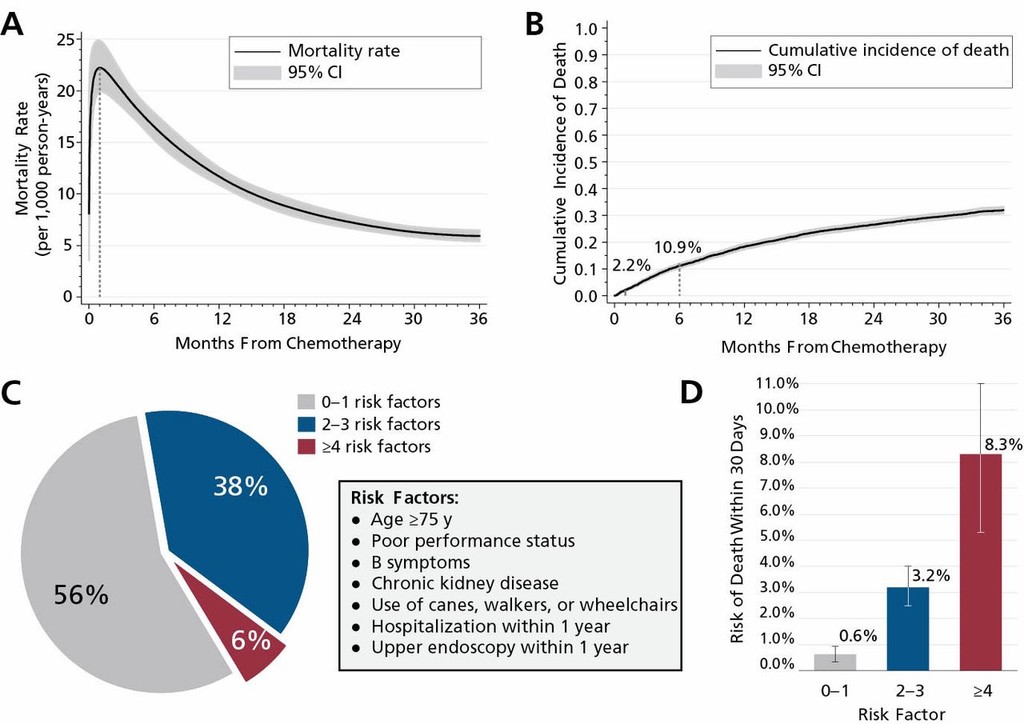 Analysis of early mortality in older patients with diffuse large B-cell lymphoma treated with rituximab-based immunochemotherapy. (A) Hazard of mortality as a function of time, indicating a peak at 30 days from the first treatment. (B) Cumulative incidence of death within 3 years from the first treatment. (C) Proportions of patients classified as low, intermediate, or high risk for early death, according to the number of risk factors. (D) Risk of death within 30 days from first treatment, stratified by number of risk factors; bars indicate 95% CIs. 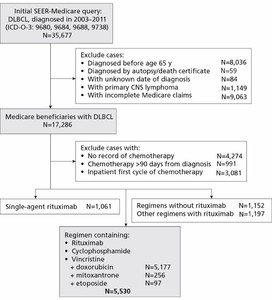 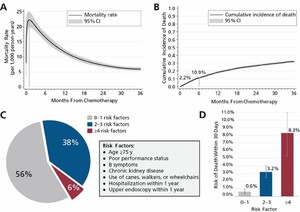