The NCCN Guidelines for Melanoma have been significantly revised over the past few years in response to emerging data on a number of novel agents and treatment regimens. These NCCN Guidelines Insights summarize the data and rationale supporting extensive changes to the recommendations for systemic therapy in patients with metastatic or unresectable melanoma. 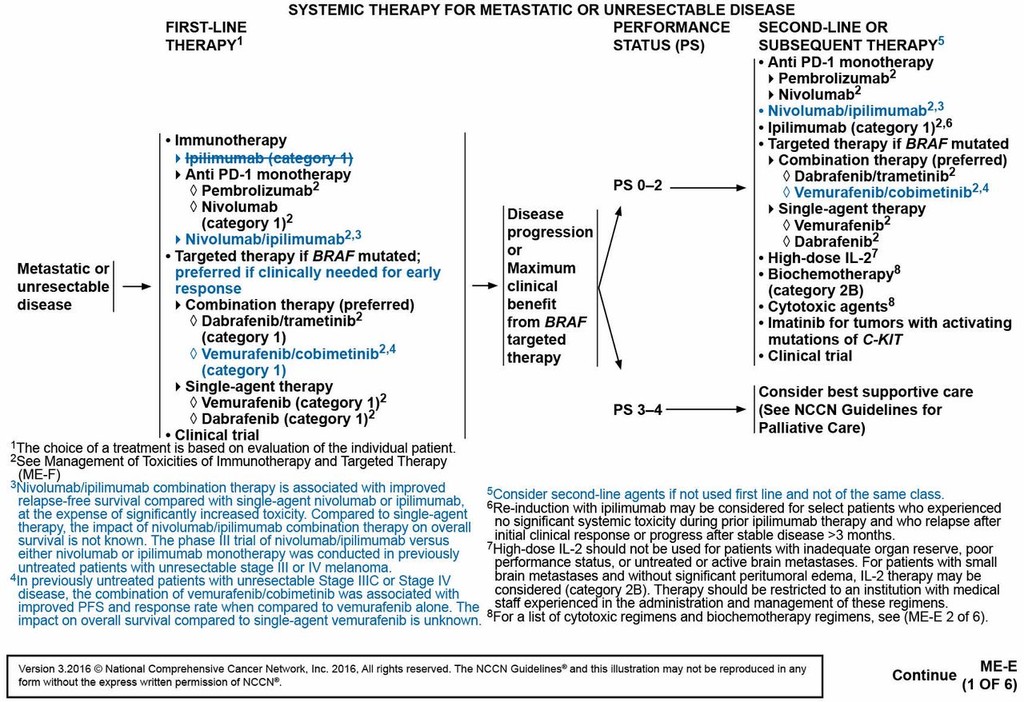 Version 3.2016 © National Comprehensive Cancer Network, Inc. 2016, All rights reserved. The NCCN Guidelines® and this illustration may not be reproduced in any form without the express written permission of NCCN®. 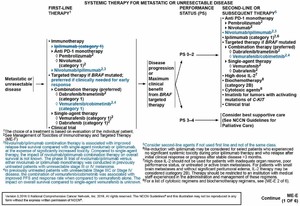