Antitumor Response of VEGFR2- and VEGFR3-Amplified Angiosarcoma to Pazopanib

Background: Angiosarcoma is a malignant neoplastic disease originating from or differentiating toward vascular endothelium, for which systemic pharmacologic treatment has limited durability. The molecular oncogenesis of angiosarcoma is often linked to inappropriate activations of vascular endothelial growth factor receptor (VEGFR) family members, which presents an opportunity for the use of therapy that selectively targets the machinery of vascular signaling. Methods: Hybridization capture of 3,320 exons of 182 cancer-related genes and the introns of 14 genes frequently rearranged in cancer was applied to more than 50 ng of DNA extracted from a formalin-fixed, paraffin-embedded biopsy of recurrent angiosarcoma and was sequenced to high, uniform coverage of 939x. Results: The angiosarcoma harbored amplifications of VEGFR2 (KDR) of 8 copies and VEGFR3 (FLT4) of 16 copies. The patient was initially treated with sorafenib, an inhibitor of VEGFR2, and developed progressive disease. The patient then received pazopanib, an inhibitor of VEGFR2 and VEGFR3 and experienced a potent antitumor response resulting in clinically stable disease for 6 months. Conclusions: This exceptional response to pazopanib treatment suggests that a subset of patients with angiosarcoma with genomic alterations in vascular signaling genes may respond well to pazopanib. 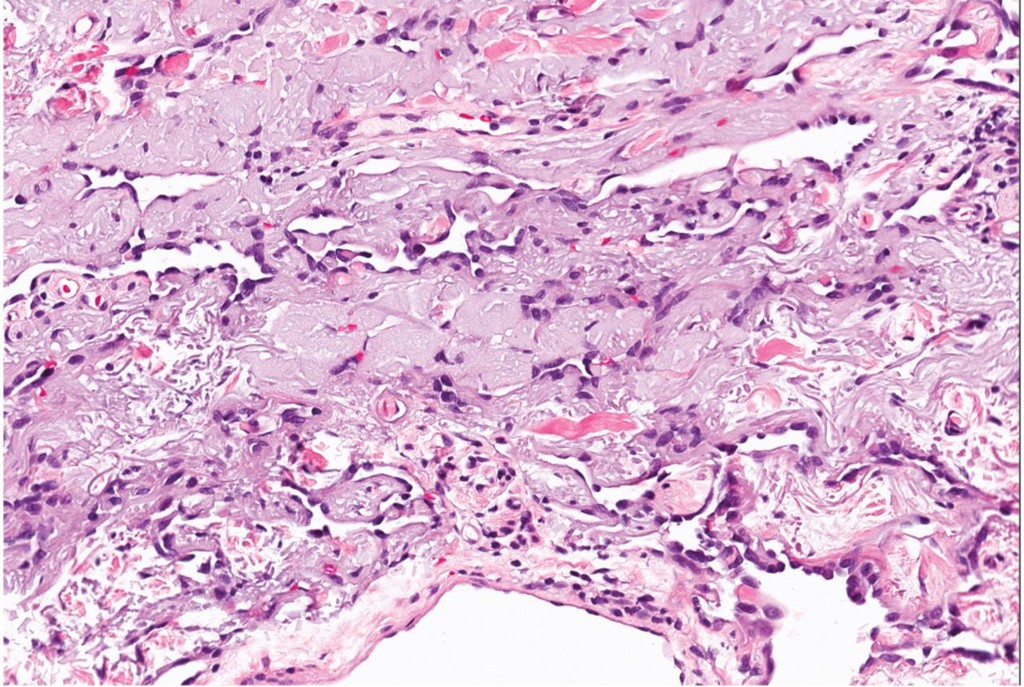 Genomic profiling identifies amplification of KDR (VEGFR2) and FLT4 (VEGFR3). Genomic profiling by a hybrid capture-based next-generation sequencing assay was performed on the resected specimen tissue to a coverage depth of 939x, revealing 6 distinct genomic alterations, including focal amplifications of KDR (8 copies) and FLT4 (16 copies). Copy number was determined by modeling copy variation and aneuploidy across the genome, and was compared with process-matched normal controls. 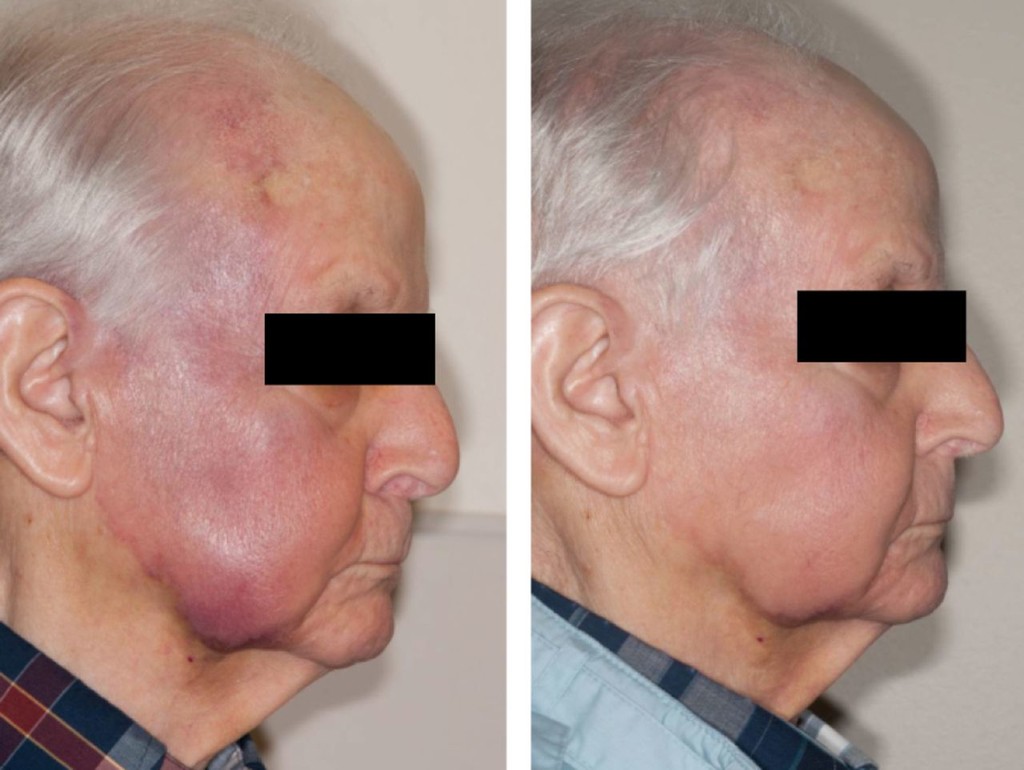 Extensive cutaneous angiosarcoma of the face affecting right parietal scalp, right temporal region, and right cheek. (A) Disease before initiation of pazopanib. (B) The same region of the face after 4 weeks of treatment with oral pazopanib at 800 mg daily. 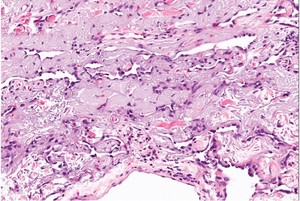