Use of Palliative Chemotherapy for Advanced Bladder Cancer: Patterns of Care in Routine Clinical Practice

Background: Palliative chemotherapy for advanced bladder cancer is recommended in clinical practice guidelines. Patterns of care in routine clinical practice have not been well described. This article describes use rates of chemotherapy and referral rates to medical oncology in the last year of life among patients who have died of bladder cancer. Methods: A population-based cohort of patients with bladder cancer was identified from the Ontario Cancer Registry; the study population included patients who died of bladder cancer between 1995 and 2009. Electronic records of treatment and physician billing records were used to identify treatment patterns and referral to medical oncology. Log-binomial and modified Poisson regression were used to examine factors associated with chemotherapy use and medical oncology consultation. Results: A total of 8,005 patients died of bladder cancer, 25% (n=1,964) of whom received chemotherapy in the last year of life. Use was independently associated with patient age, comorbidities, socioeconomic status, sex, time period, and treatment region. A total of 68% (n=5,426) of patients were seen by a medical oncologist. Referral to medical oncology was associated with age, comorbidities, year of death. Geographic variation was seen with chemotherapy use—from 18% to 30%—that persisted on adjusted analysis. Conclusions: The efficacy of palliative chemotherapy demonstrated in clinical trials and recommended in guidelines has not translated into widespread use in practice. Understanding the extent to which patient preferences and health system factors influence use is needed. Access to acceptable palliative systemic treatments remains an unmet need for most patients dying of bladder cancer. 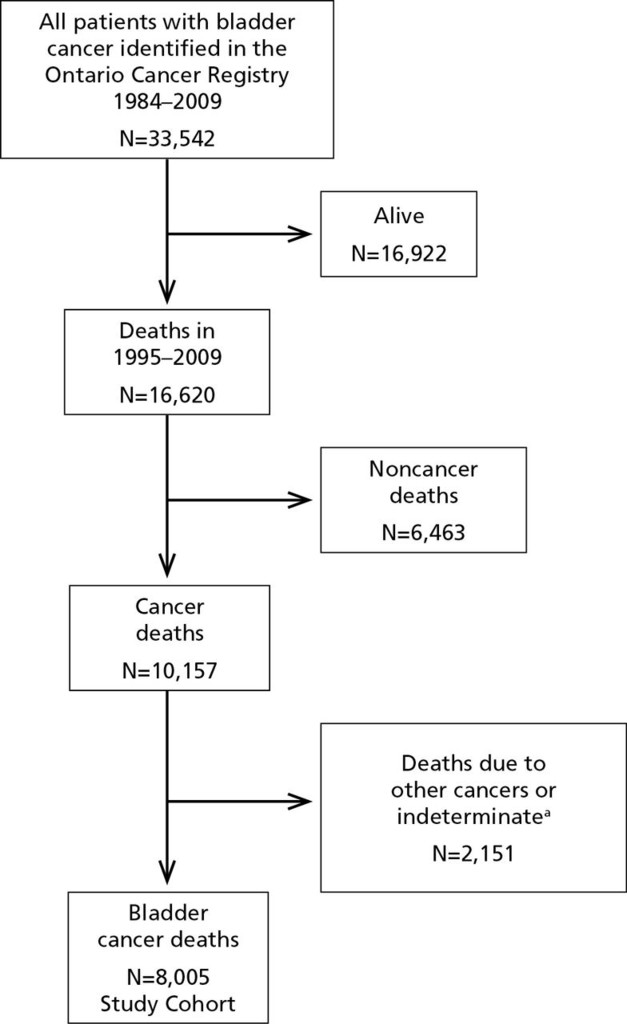 aCases with >1 cancer diagnoses and a cause of death probably related to that cancer. 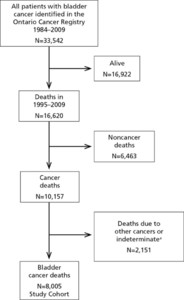