On the Effect of Triplet or Doublet Chemotherapy in Advanced Gastric Cancer: Results From a National Cancer Registry

Background: There is currently no consensus regarding first-line chemotherapy for patients with advanced gastric cancer (AGC) who are ineligible to receive trastuzumab. The objective of this study was to evaluate the efficacy and tolerance of triplets versus doublets by analyzing a national gastric cancer registry. Patients and Method: Patients with AGC treated with polychemotherapy without associating trastuzumab were included from 2008 through 2016. The effect of triplets versus doublets was compared using 3 methods: Cox proportional hazards regression, propensity score matching (PSM), and coarsened exact matching (CEM). Results: A total of 970 patients were recruited (doublets: n=569; triplets: n=401). In the multivariate Cox model, the use of triplets was associated with better overall survival (OS), with a hazard ratio (HR) of 0.84 (95% CI, 0.72–0.98; P=.035). After PSM, the sample contained 340 pairs. A significant increase in OS, 11.14 months (95% CI, 9.60–12.68) versus 9.60 months (95% CI, 8.44–10.75), was seen in favor of triplets (HR, 0.77; 95% CI, 0.65–0.92; stratified log-rank test, P=.004). The effect appeared to be comparable for anthracycline-based (HR, 0.78; 95% CI, 0.64–0.94) or docetaxel-based triplets (HR, 0.78; 95% CI, 0.60–1.009). The trend was similar after applying the CEM algorithm, with an HR of 0.78 (95% CI, 0.63–0.97; P=.03). Triplet therapy was viable and relative dose intensities exceeded 85%, except for cisplatin in DCX (docetaxel, cisplatin, capecitabine). Triplets had more severe toxicity overall, especially hematologic, hepatic, and mucosal adverse events. Conclusions: With the limitations of a retrospective study that examines a heterogeneous set of chemotherapy regimens, we found that triplets are feasible in daily practice and are associated with a discreet benefit in efficacy at the expense of a moderate increase in toxicity. 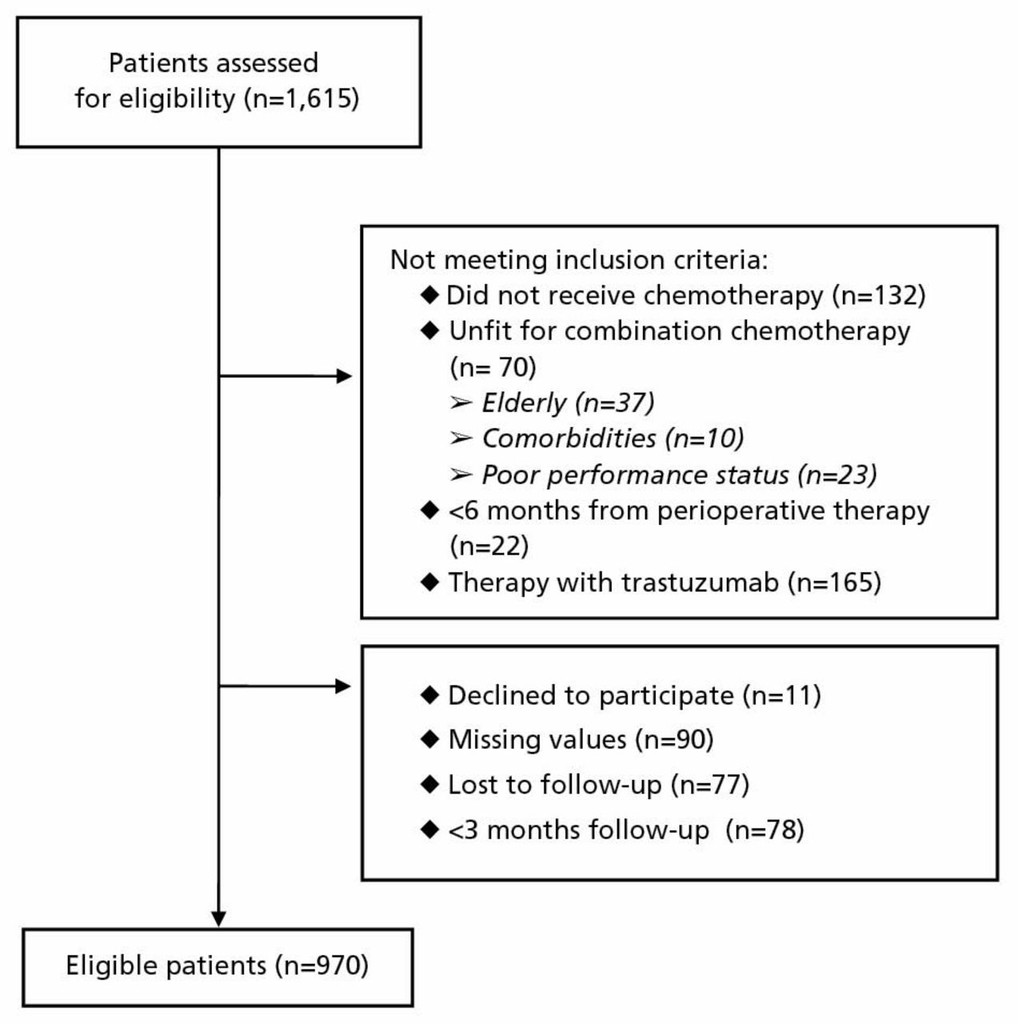 Flowchart of patients in the registry. 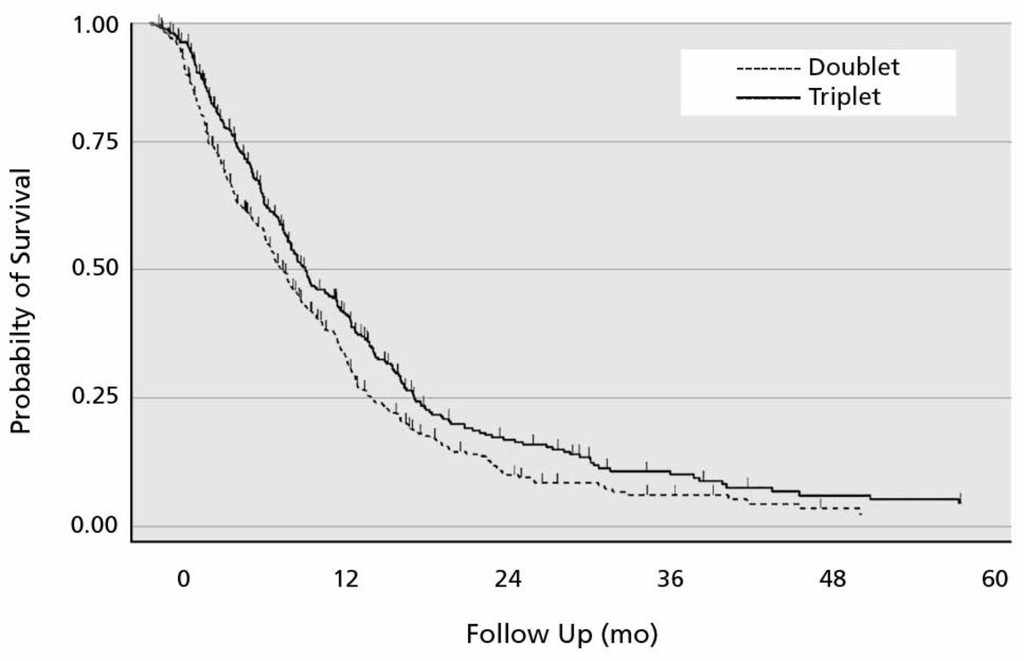 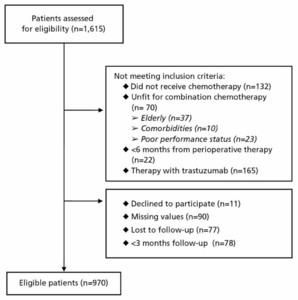 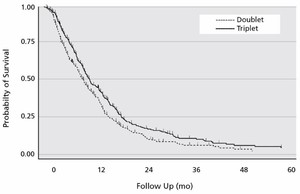