Accelerating cancer research is expected to require new types of clinical trials. This report describes the Intensive Trial of OMics in Cancer (ITOMIC) and a participant with triple-negative breast cancer metastatic to bone, who had markedly elevated circulating tumor cells (CTCs) that were monitored 48 times over 9 months. A total of 32 researchers from 14 institutions were engaged in the patient's evaluation; 20 researchers had no prior involvement in patient care and 18 were recruited specifically for this patient. Whole-exome sequencing of 3 bone marrow samples demonstrated a novel ROS1 variant that was estimated to be present in most or all tumor cells. After an initial response to cisplatin, a hypothesis of crizotinib sensitivity was disproven. Leukapheresis followed by partial CTC enrichment allowed for the development of a differential high-throughput drug screen and demonstrated sensitivity to investigational BH3-mimetic inhibitors of BCL-2 that could not be tested in the patient because requests to the pharmaceutical sponsors were denied. The number and size of CTC clusters correlated with clinical status and eventually death. Focusing the expertise of a distributed network of investigators on an intensively monitored patient with cancer can generate high-resolution views of the natural history of cancer and suggest new opportunities for therapy. Optimization requires access to investigational drugs. 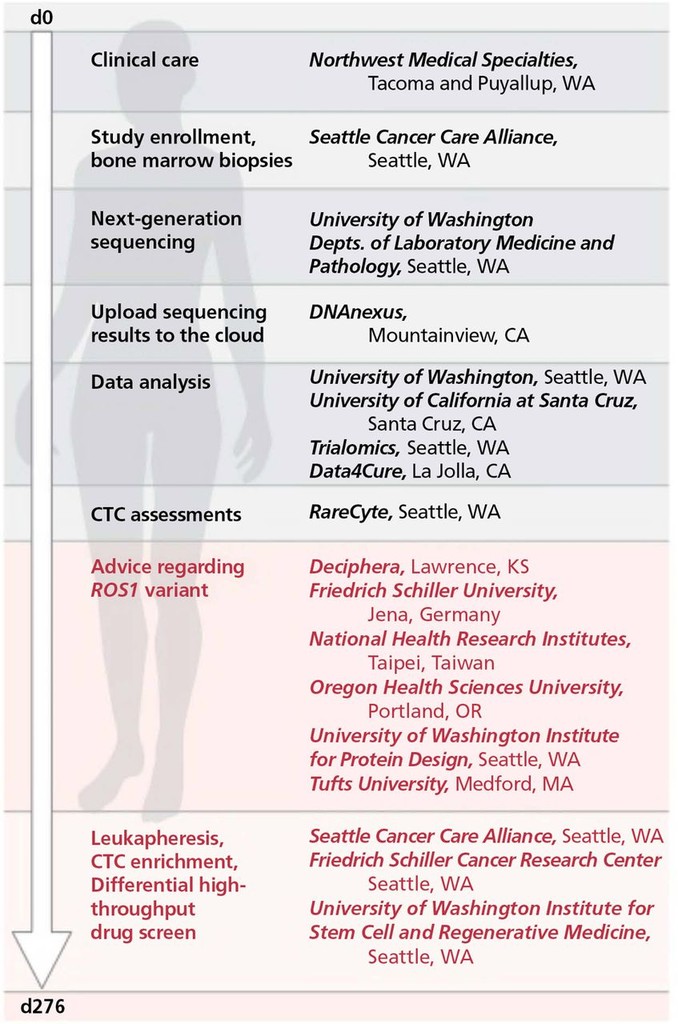 Assembly of a distributed network. Components in place for all patients enrolled in ITOMIC-001 are shown in black. Components added specifically for the patient presented here are shown in red. Arrow indicates timeline of the study from day 0 to the time of the patient's death on day 276. 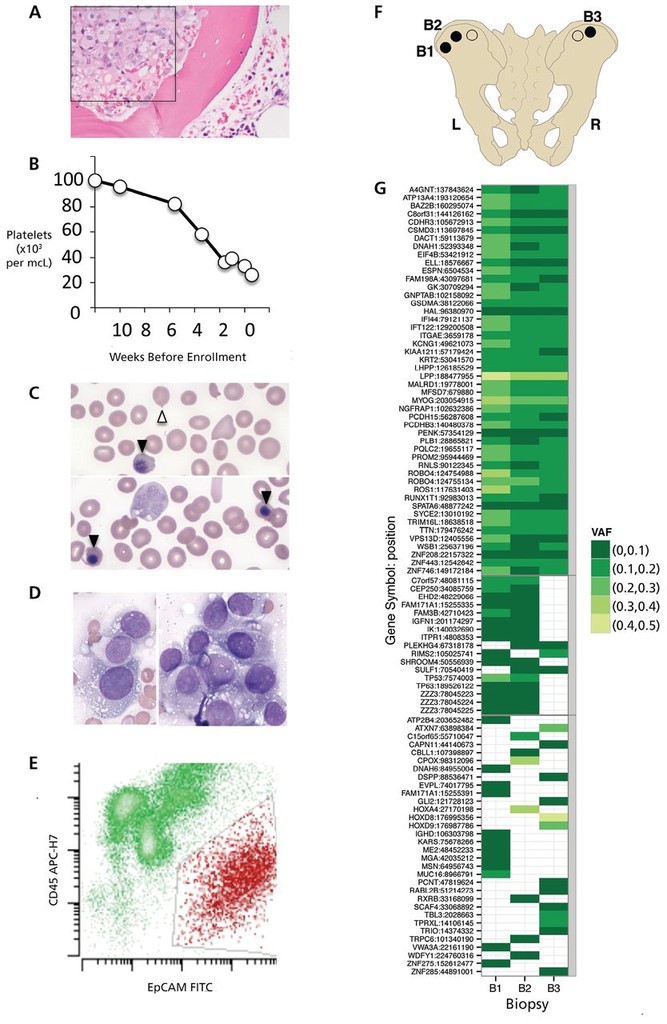 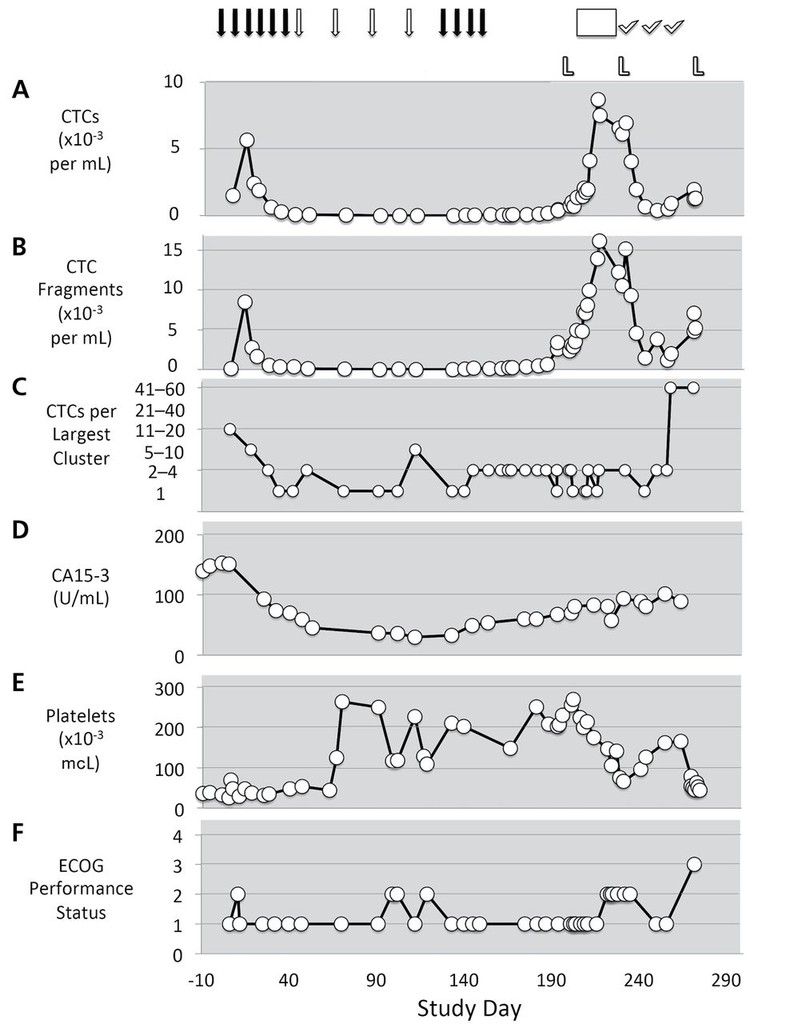 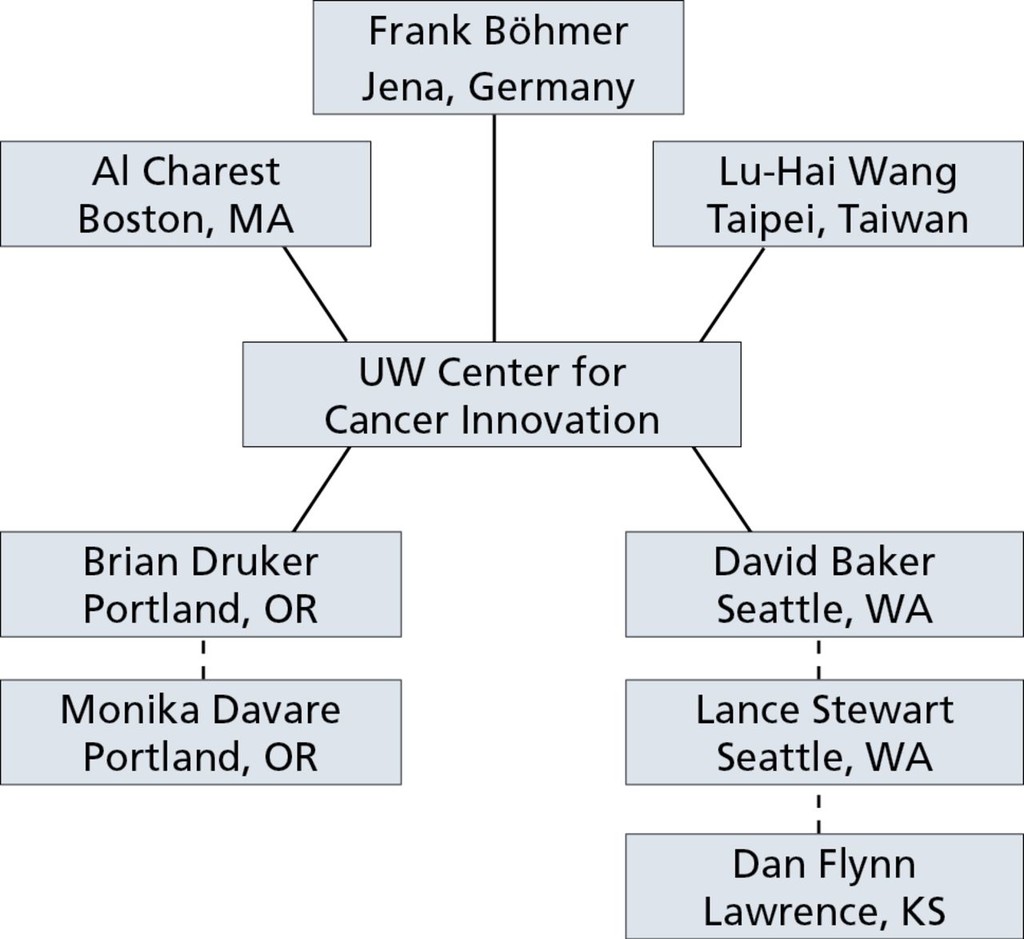 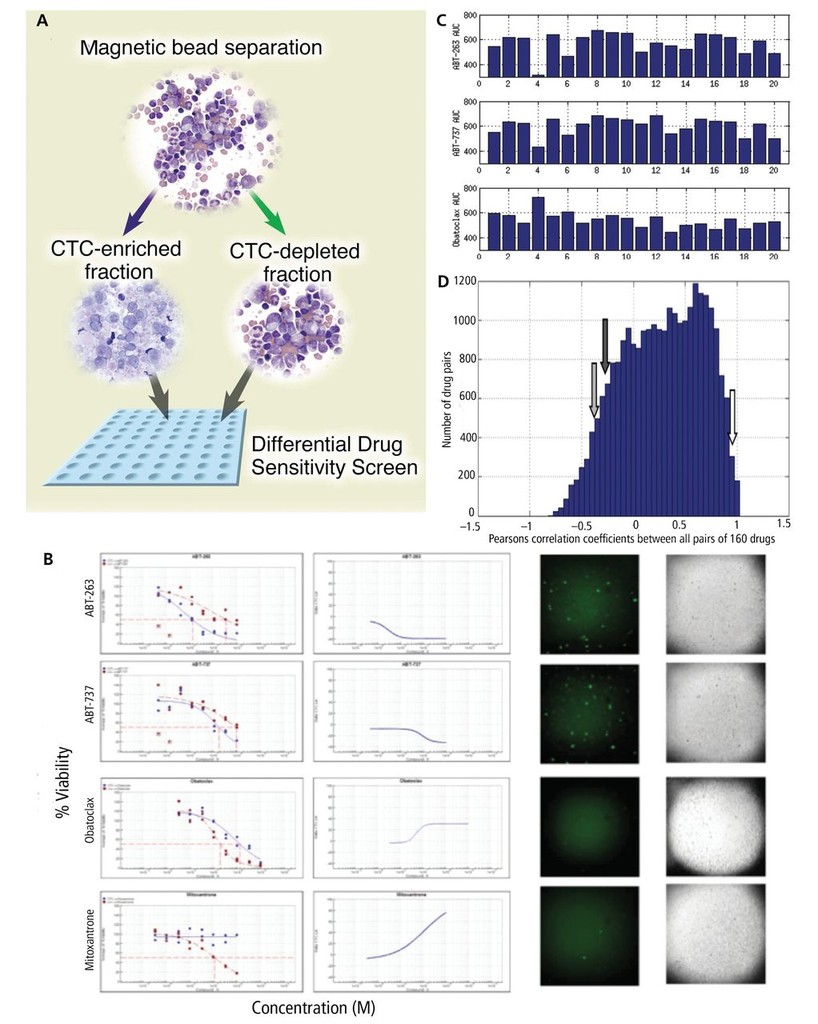 Development of a differential high throughput drug screen. (A) Following leukapheresis, circulating tumor cells (CTCs) were partially enriched using lineage depletion, and both the CTC-enriched and CTC-depleted cells were tested in a high-throughput screen of 160 investigational and approved oncology drugs. (B) Responses to BCL-2 inhibitors (ABT-263, ABT-737, obatoclax) and mitoxantrone (used as a positive control). Left columns show responses among CTC-enriched cells (blue lines) and CTC-depleted cells (red lines). Left middle column depicts summation of effects on CTC-enriched versus CTC-depleted cells. A declining slope indicates relatively greater potency against neoplastic cells, a rising slope indicates relatively greater potency against normal hematopoietic cells, whereas a flat line indicates similar potencies against neoplastic and hematopoietic cells. Right middle column depicts FITC-labeled, apoptotic cells detected using an antibody (M30), and the far right column depicts the corresponding bright field images. (C) Responses (indicated by area under the curve [AUC]) to ABT-263, ABT-737, and obatoclax across 20 triple-negative breast cancer (TNBC) cell lines (designated 1–20). (D) All correlations among all 160 drugs in the screen across the 20 TNBC cell lines. Open arrow shows that the correlation between ABT-263 and ABT-737 ranks in the top 3% approximately, whereas neither drug correlates with obatoclax (gray and black arrows). 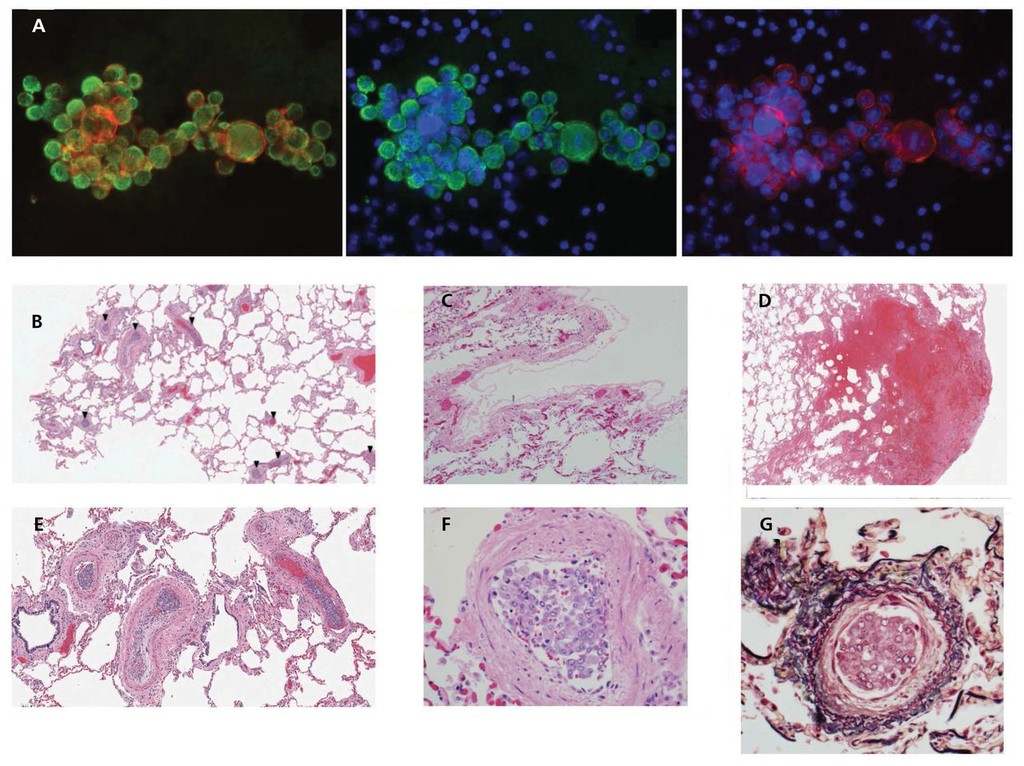 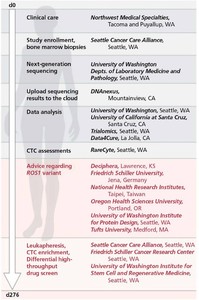 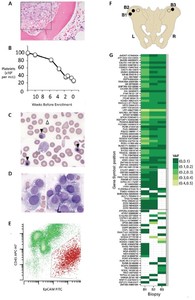 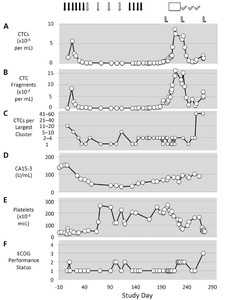 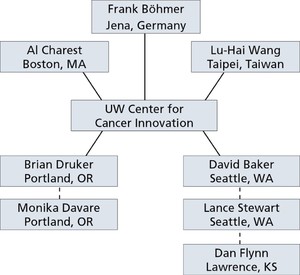 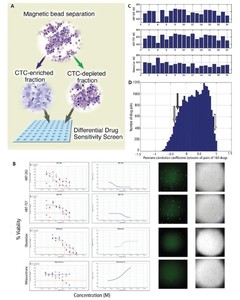 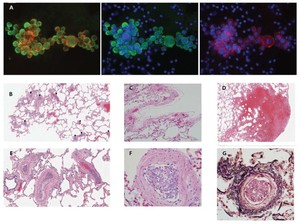