Use and Effectiveness of Adjuvant Chemotherapy for Stage III Colon Cancer: A Population-Based Study

Background: International guidelines recommend adjuvant chemotherapy (ACT) for patients with stage III colon cancer. Whether efficacy observed in clinical trials translates to effectiveness in routine practice is less well understood. Here we describe use and outcomes of ACT in routine practice. Methods: All cases of colon cancer treated with surgery in Ontario 2002–2008 were identified using the population-based Ontario Cancer Registry. Linked electronic records of treatment identified surgery and ACT use. Pathology reports were obtained for a random 25% sample of all cases; patients with stage III disease were included in the study population. Modified Poisson regression was used to evaluate factors associated with ACT. Cox proportional hazards model and propensity score analysis were used to explore the association between ACT and cancer-specific survival (CSS) and overall survival (OS). Results: The study population included 2,801 patients with stage III colon cancer; 66% (n=1,861) received ACT. ACT use rates varied substantially across age groups; 90% among patients aged 20 to 49 years versus 68% among those aged 70 to 79 years (P<.001). ACT use was inversely associated with comorbidity (P<.001) and socioeconomic status (P=.049). In adjusted analyses advanced age is associated with inferior CSS and OS. Use of ACT was associated with decreased risk of death from cancer (hazard ratio [HR], 0.63; 95% CI, 0.54–0.73) and decreased risk of death from any cause (HR, 0.63; 95% CI, 0.55–0.71). This result was consistent in the propensity score analysis. Conclusions: One-third of patients with stage III colon cancer in the general population do not receive ACT. Use of ACT in routine practice is associated with a substantial improvement in CSS and OS. 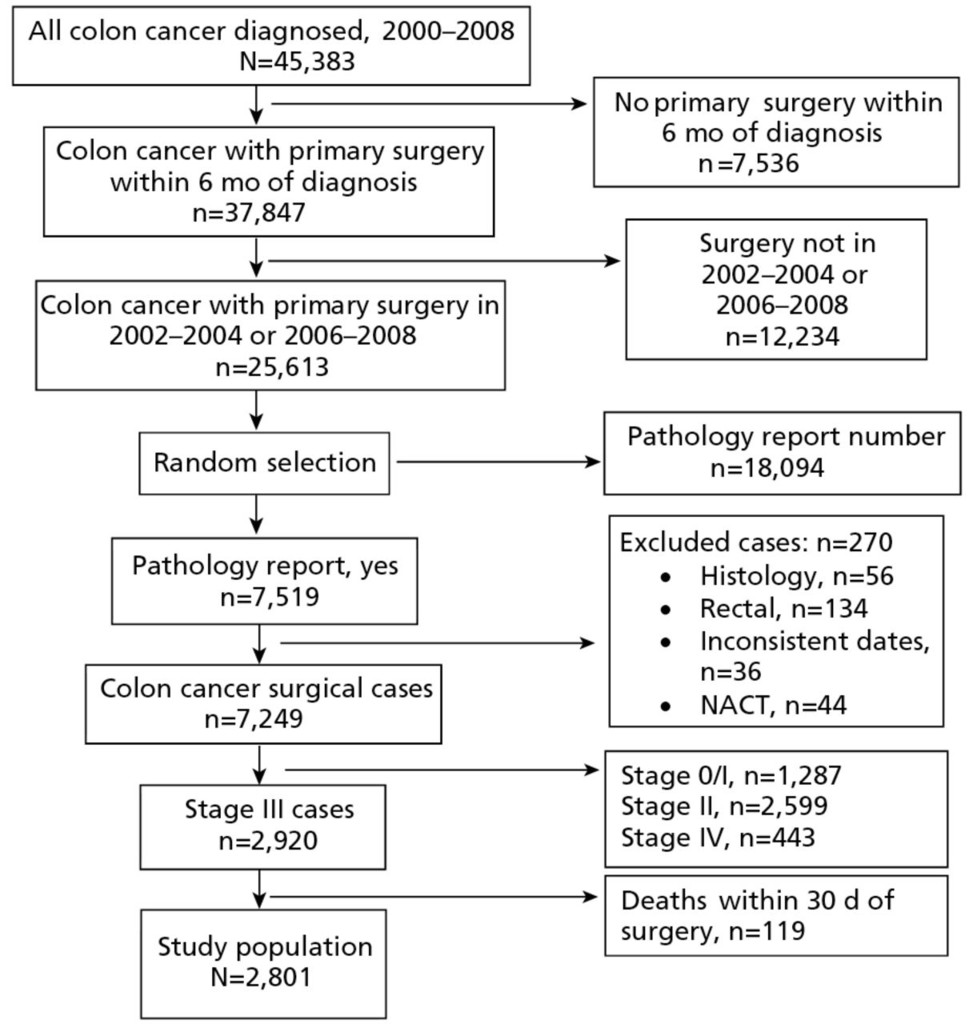 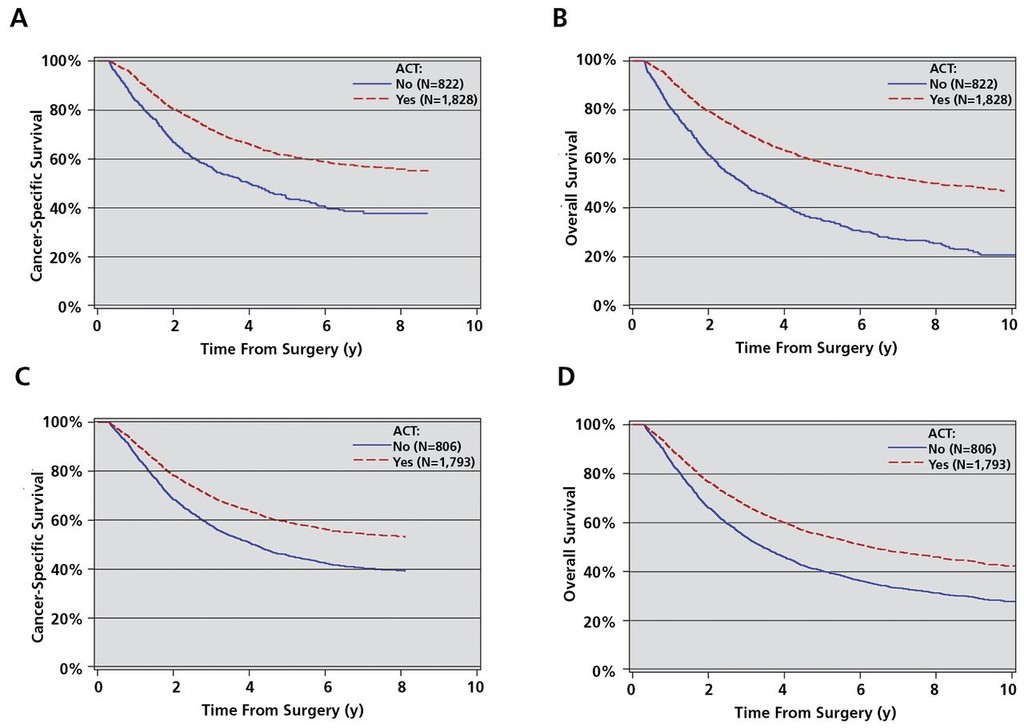 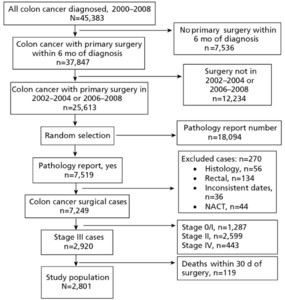 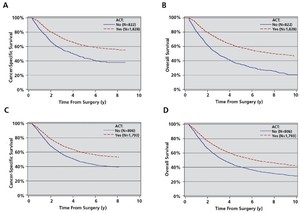