Background: The diagnosis and treatment of cancer is a continuum, with multiple steps and interfaces between patients and providers allowing for potential delays in cancer recognition and subsequent treatment. The diagnosis and treatment of hepatocellular carcinoma (HCC) is especially prone to missteps along the continuum, leading to treatment delays due to non–tissue-based diagnosis and multiprovider treatments. The aim of this study was to evaluate outcome measures after implementation of a voice messaging system (VMS) designed to streamline patient referrals to downstream treatment physicians and ultimately reduce delays in HCC treatment, thereby improving outcome measures. Methods: A retrospective study of outpatients with HCC was conducted in a safety net hospital between February 2008 and January 2012. In February 2010, VMS notification of HCC to the ordering physician and downstream treating physicians was implemented. Patients were divided into 2 groups: (1) preintervention: diagnosis 2 years before implementation or failure of notification following implementation, and (2) postintervention: diagnosis 2 years after implementation. Demographics, tumor characteristics, treatment, and survival were compared. Results: This study included 96 patients diagnosed with HCC: 51 in the preintervention group and 45 in the postintervention group. The main cause of chronic liver disease was HCV infection, and no differences in symptoms, liver dysfunction, tumor characteristics, or treatment were observed between groups. The time from diagnosis to clinic contact (0.5 vs 2.9 months; P=.003) and time from detection to treatment (2.2 vs 5.5 months; P=.005) was significantly shorter after implementation of the VMS. Barcelona Clinic Liver Cancer stage A status (hazard ratio [HR], 3.1; 95% CI, 2, 6), treatment (HR, 1.9; 95% CI, 1, 4), and VMS (HR, 1.8; 95% CI, 1, 3) were independently associated with overall survival. Patients diagnosed after implementation of the VMS had a median survival of 28.5 versus 15.7 months (P=.02). Conclusions: Implementation of VMS reduces time to treatment and time to clinic visit. Reduction in time to treatment is associated with improved outcome independent of tumor stage, underlying liver function, and treatment. 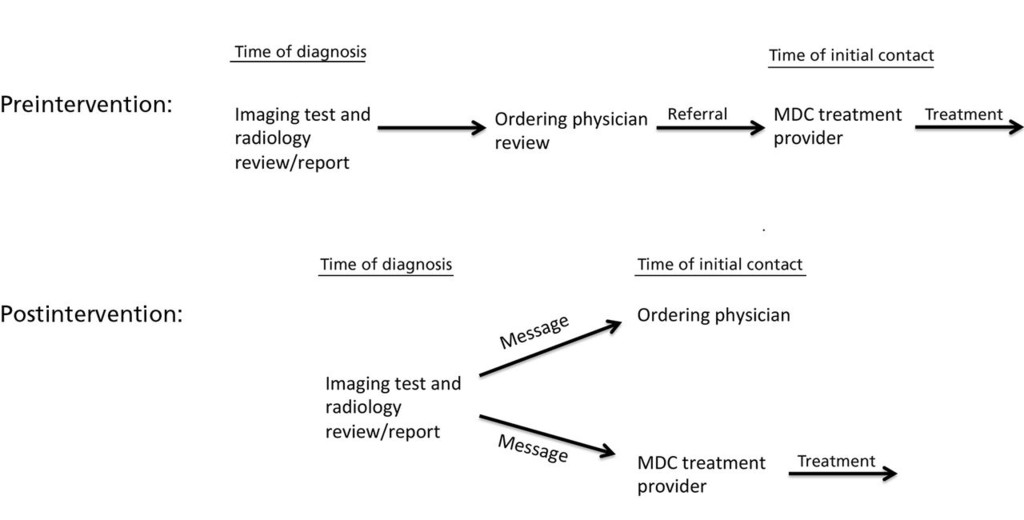 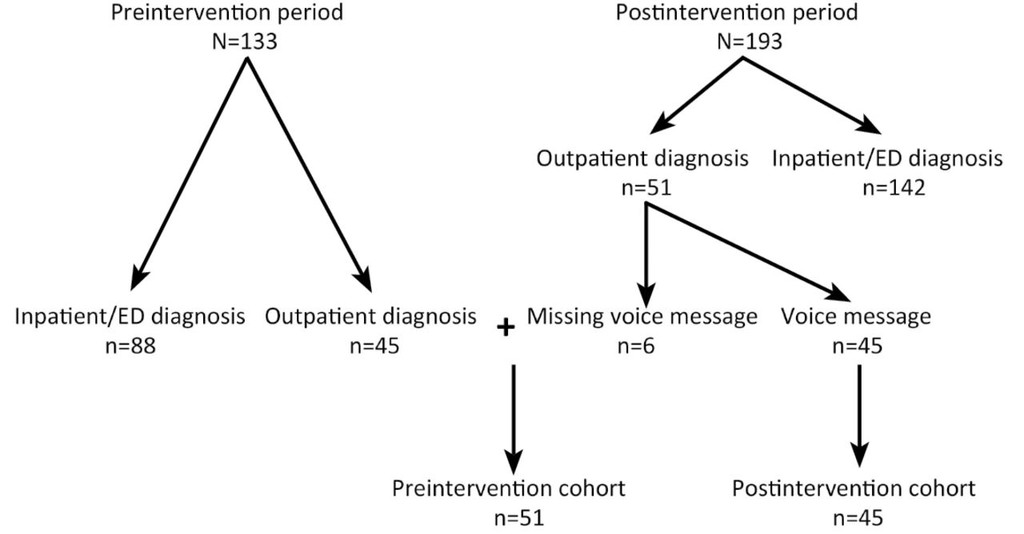 Flow diagram of 328 patients diagnosed with hepatocellular carcinoma between February 1, 2008, and January 31, 2012. 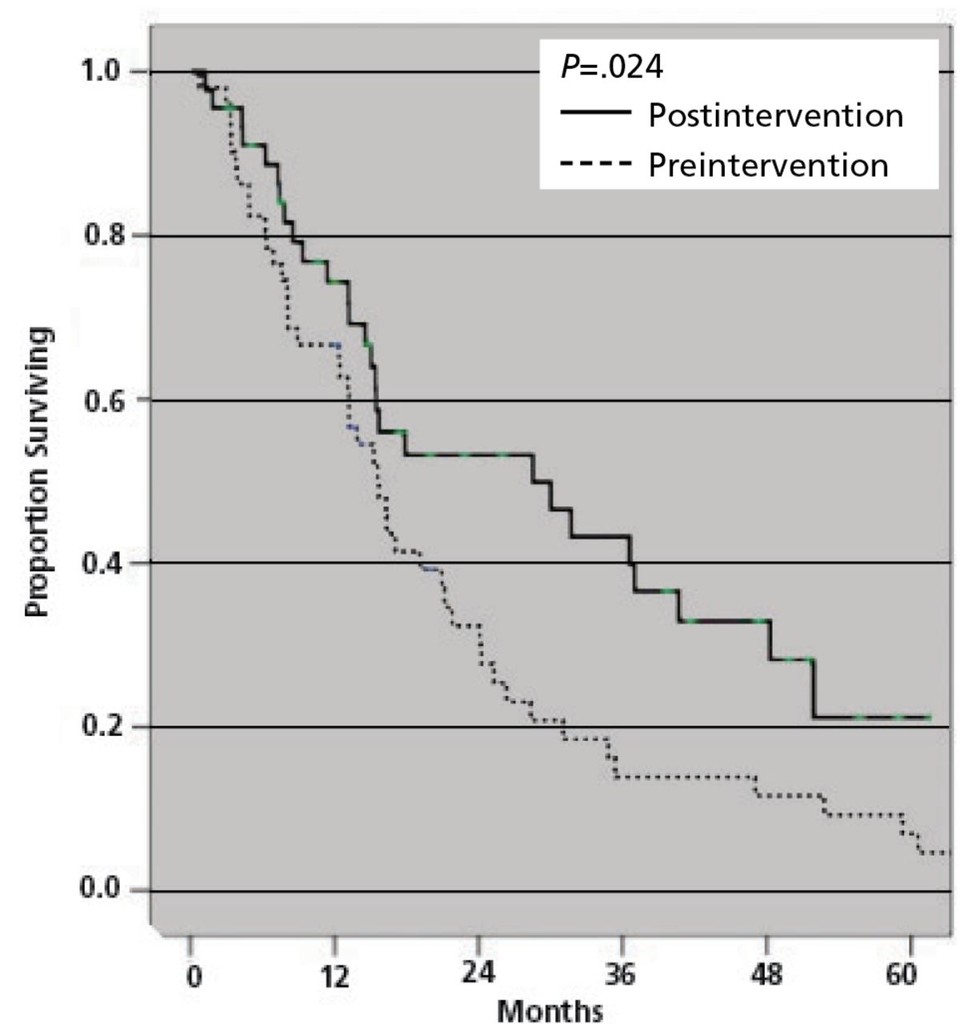 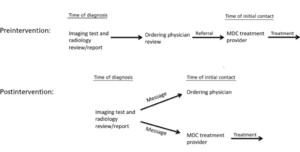 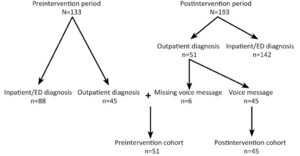 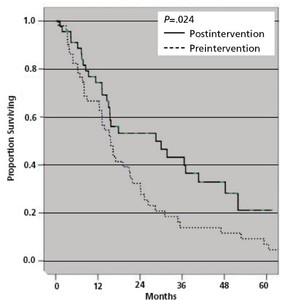