Next-generation sequencing of primary and metachronous metastatic cancer lesions may impact patient care. We present a case of relapsed metastatic breast cancer with a dominant pulmonary lesion originally identified as lung adenocarcinoma. A 72-year-old, never-smoker woman with a protracted cough was found to have a large lung mass and regional lymphadenopathy on a chest CT. Lung mass biopsy showed adenocarcinoma with focal TTF-1 (thyroid transcription factor 1) positivity, favoring a lung primary. In addition to stereotactic brain radiation for cerebral metastases, she was started on carboplatin/pemetrexed. As part of the workup, the tumor was analyzed by a 50-gene targeted mutation panel, which detected 3 somatic mutations: ERBB2 (HER2) D769H activating missense mutation, TP53 Y126 inactivating truncating mutation, and SMARCB1 R374Q missense mutation. Of note, the patient had a history of stage IIA triple-negative grade 3 invasive ductal carcinoma of the left breast 1.5 years ago and received neoadjuvant chemotherapy and adjuvant radiation, and underwent a lumpectomy. Further analysis of her primary breast tumor showed a mutational profile identical to that of the lung tumor. Fluorescence in situ hybridization revealed HER2 amplification in the lung tumor, with a HER2/CEP17 ratio of 3.9. The patient was diagnosed with recurrent HER2-positive metastatic breast carcinoma with a coexisting ERBB2 (HER2) activating mutation. Chemotherapy was adjusted to include dual HER2-targeted therapy containing trastuzumab and pertuzumab, resulting in an ongoing partial response. This case demonstrates that a unique genetic mutational profile can clarify whether a tumor represents a metastatic lesion or new malignancy when conventional morphological and immunohistochemical methods are indeterminate, and can directly impact treatment decisions.

CT images of the chest and abdomen after oral and intravenous contrast administration at (A) baseline, (B) after 2 cycles of carboplatin and pemetrexed, and (C) after HER2-directed therapy. 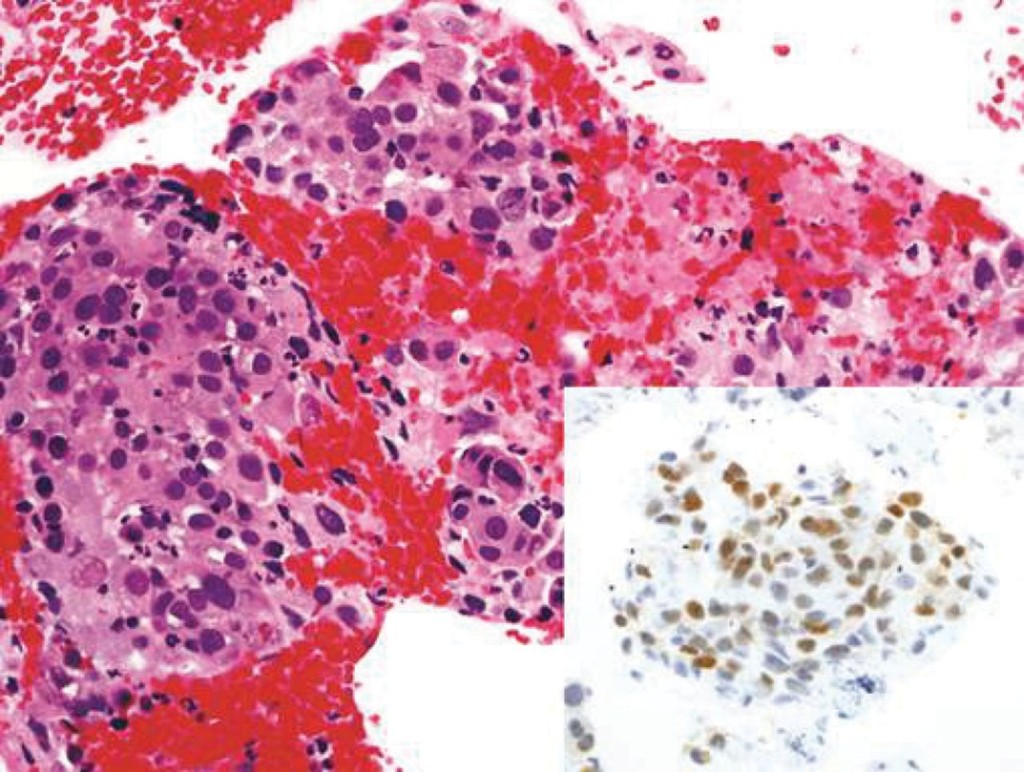 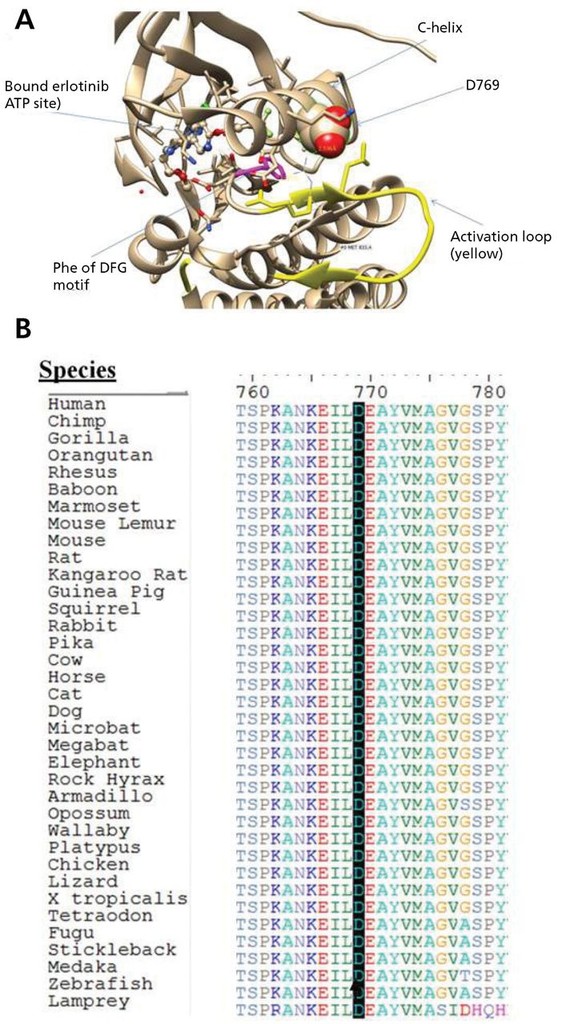 HER2 structure and D769H location and conservation. (A) HER2 structure (Protein Data Base [PDB] code 3PP0) is shown focused on the region of D769 shown as spheres. The bound erlotinib inhibitor is shown as ball-and-stick, and the phenylalanine of the DFG motif is shown as magenta sticks. The activation loop is shown in yellow, and the figure is prepared with the UCSF Chimera Software.33 (B) Conservation of D769 region of HER2 proteins where the species are listed on the left, and D769 analogous residues have dark highlighting. The alignment was produced with MEGA6 software34 and displayed with BioEDIT.35 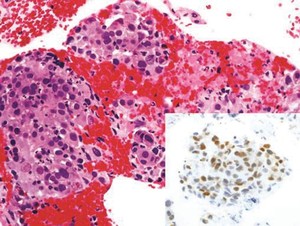 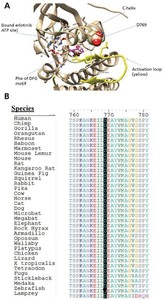