CHAMBER was a regional educational initiative for providers of care to patients with HER2+ breast cancer. The study goals were to (1) enhance testing for HER2/neu overexpression in patients with invasive breast cancer; (2) increase the appropriate use of targeted therapy for patients with HER2+ breast cancer; and (3) enhance patients' coping ability. This Performance Improvement Continuing Medical Education (PI-CME) initiative included clinical practice assessment, educational activities, and reassessment. Chart review revealed a high rate of HER2 testing (98%) before and after education. Targeted therapy for patients with HER2+ breast cancer declined after the program (from 96% to 61%), perhaps attributable to an increase in awareness of medical reasons to avoid use of targeted therapy. Assessment for patients' emotional coping ability increased after education (from 55% to 76%; P=.01). Rates of testing for HER2 amplification and assessment of emotional well-being after education were consistent with ASCO Quality Oncology Practice Initiative benchmark values. Documentation of actions to address emotional problems remained an area for improvement. 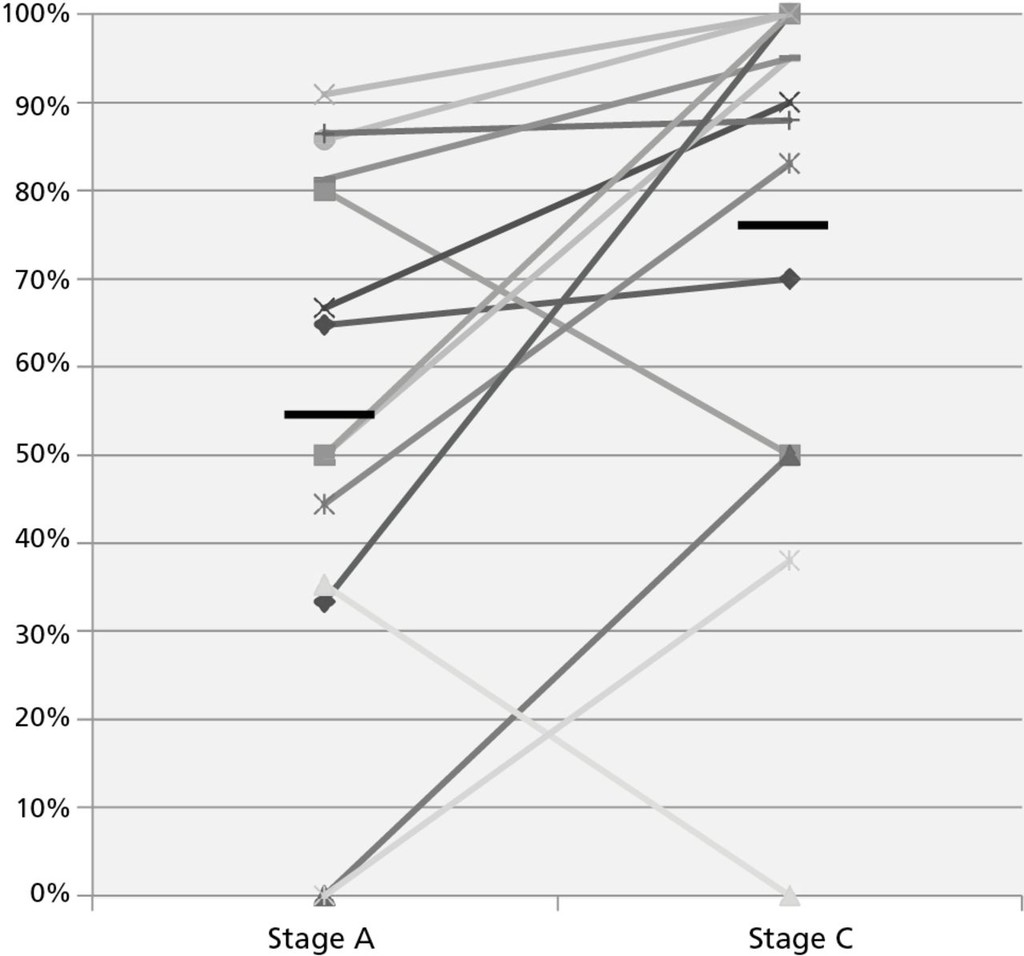 Percent of patients assessed for emotional well-being. Averages for the 14 individual participants with patient charts entered at both stages are shown. Black horizontal bars indicate the average rate of assessment at each stage, which increased from 55% to 76% (P=.011).

Percent of Performance Improvement Continuing Medical Education self-assessment respondents indicating support tools in their practice. Nonpaired t test significance was calculated by comparing the presence of some system, process, or protocol with “No process” at stage A (n=18) and stage C (n=11). 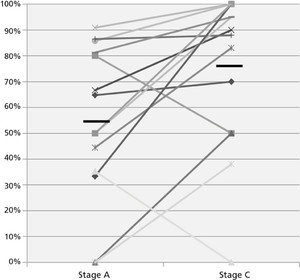