These NCCN Guidelines Insights focus on recent updates to the 2015 NCCN Guidelines for Head and Neck (H&N) Cancers. These Insights describe the different types of particle therapy that may be used to treat H&N cancers, in contrast to traditional radiation therapy (RT) with photons (x-ray). Research is ongoing regarding the different types of particle therapy, including protons and carbon ions, with the goals of reducing the long-term side effects from RT and improving the therapeutic index. For the 2015 update, the NCCN H&N Cancers Panel agreed to delete recommendations for neutron therapy for salivary gland cancers, because of its limited availability, which has decreased over the past 2 decades; the small number of patients in the United States who currently receive this treatment; and concerns that the toxicity of neutron therapy may offset potential disease control advantages. 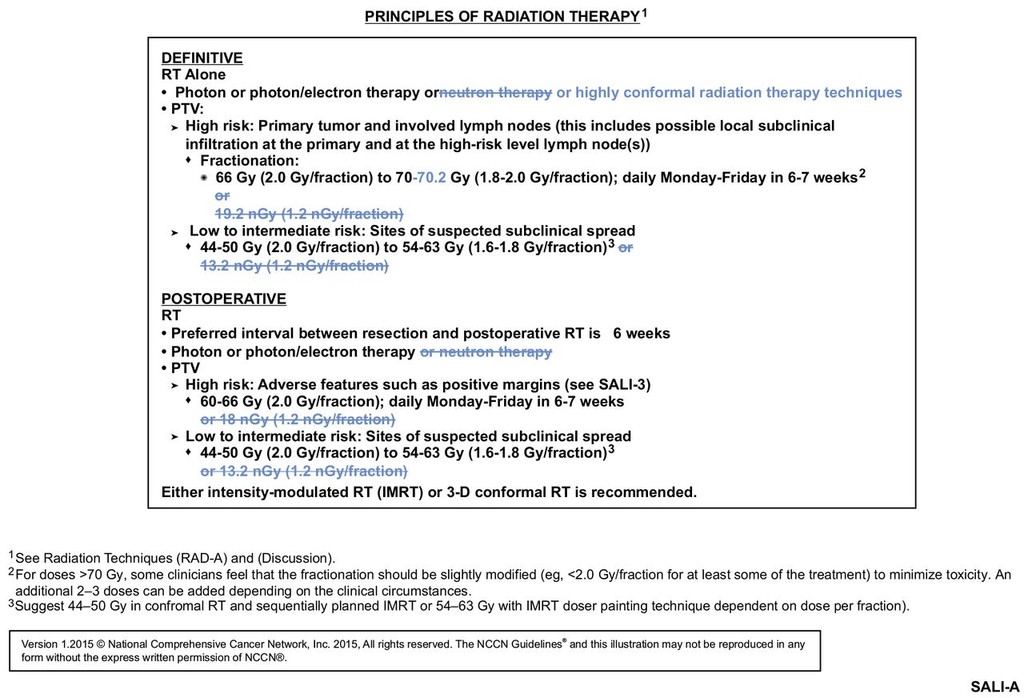 Version 1.2015 © National Comprehensive Cancer Network, Inc. 2015, All rights reserved. The NCCN Guidelines® and this illustration may not be reproduced in any form without the express written permission of NCCN®. 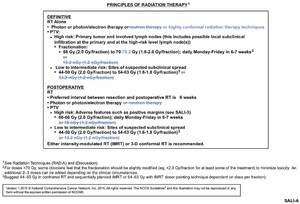