With recent success stories in melanoma, breast cancer, gastric cancer, renal cell carcinoma, prostate cancer, Hodgkin's lymphoma, squamous cell lung cancer, and other malignancies, immunotherapy has emerged as perhaps the most paradigm-changing treatment strategy to occur on the oncologic front in the last 35 years. At the NCCN 20th Annual Conference, Dr. Anthony J. Olszanski offered a primer on immunotherapeutic basics, featuring the complex interplay between the immune system and cancer; a comparative look at innate and adaptive immunity; and the topics of immune surveillance, tumor escape mechanisms, and immune suppression. Several examples of cancer immunotherapies in action are briefly presented.

“Immunotherapy has grabbed our attention [in oncology], and it is not the end of the story,” declared Anthony J. Olszanski, RPh, MD, Associate Professor, Director of the Phase I Developmental Therapeutics Program, and Director of the Medical Oncology Melanoma Program at Fox Chase Cancer Center. “The future will not be just about immunotherapy, but rather the combination of both immunotherapies and cytotoxic therapies,” predicted Dr. Olszanski, who currently serves on the NCCN Guidelines Panel for Melanoma.

Dr. Olszanski discussed past successes with immunotherapy that have led to its current status in the treatment of cancer.1 Modern immunotherapy started when Dr. Edward Jenner began using cowpox as a vaccine against smallpox, experimenting on nonexposed children, including his own. “This was a great success back in 1796,” admitted Dr. Olszanski. He fast-forwarded to Élie Metchnikoff and his cellular (phagocytic) theory of immunity in 1882, and then to the “father of cancer immunotherapy,” credited to surgeon William B. Coley, who achieved “durable disease control” in some cases with his “Coley's toxin,” derived from bacteria.

Moving toward more recent times, Dr. Olszanski re-counted the approval of the bacillus Calmette–Guérin vaccine for bladder cancer in 1976 and the first monoclonal antibody (muromonab) in 1986. He also noted the first monoclonal antibody in cancer (rituximab) in 1997, “which changed the face of treatment for a number of patients with cancer,” he added.

Balance Between the Immune System and Cancer

“There is a complex interplay between our immune system and cancer,” stated Dr. Olszanski. “The immune system has evolved to reject non-self, such as bacteria and viruses, but cancer is derived from human tissue and is self.”

An intricate balance between stimulatory and inhibitory interactions always exists. The interplay of the immune system in cancer can lead to eradication of tumors, a balance between elimination and evasion, and escape from the immune system leading to tumor progression.2,3 In fact, tumors use multiple mechanisms to escape from immune-mediated rejection.3 Furthermore, identification of cancer cell T-cell inhibitory signals, such as the ligand to PD-1 (PD-L1), has led to a new class of immunotherapeutics that hinders immune effector inhibition, which may reinvigorate preexisting anticancer immune responses.4

Dr. Olszanski then turned to immunomodulation (Figure 2) and immune recognition. In immunomodulation, there is a complex interaction of positive and negative regulatory signals, tumor-specific mutations, stromal-matrix supportive function, and immune evasion and suppression, he added. “By hitting one target, for example with a CTLA-4 inhibitor, we may not be hitting the most appropriate target.”

In “immune recognition,” Dr. Olszanski referred to the mutational burden in cancer and its potential impact on patient outcomes, including survival.5,6 For instance, Snyder et al5 recently found a genetic basis for clinical response to CTLA-4 blockade in melanoma, “one of the most highly mutated cancers,” interjected Dr. Olszanski. “But,” he adds, “Snyder and colleagues point out that a high mutation load alone is not the only factor determining response.”

DNA mutations which lead to aberrations in normally expressed proteins may lead to a specific antitumor immune response. “Immunotherapy may be a therapy restricted to diseases for which specific mutations elicit a response,” he proposed.

The immunoediting hypothesis has 3 phases: the elimination phase, which consists of active immune surveillance that may eradicate tumor cells; the equilibrium phase, which represents the balance between elimination and evasion of tumor cells; and the escape phase, which suggests reduced immunogenicity, enhanced immunosuppression, and growth of tumor cells.7 “This theory may help to explain why some of our patients seem to do extremely well, with complete remissions and no recurrence, some have stable disease, and others have disease progression,” Dr. Olszanski elaborated.

During the first elimination phase, adaptive immunity may influence tumor behavior. For example, Galon et al8 discovered that patients with colorectal cancer with a high immune cell density had a better disease-free survival than those with a low immune cell density, regardless of the stage of disease. “The immune system plays a critical role here in protecting us not only from infectious disease but from cancer,” said Dr. Olszanski.

Finally, Dr. Olszanski turned to the clinical arena and the impact of these immune interactions. For instance, the negative regulatory ligand PD-L1, which is expressed on a wide variety of tumors, has been associated with reduced survival and poor prognosis in lung, renal, pancreatic, and ovarian cancers, he explained. Conversely, tumor-infiltrating lymphocytes are cytotoxic T-cells that have been correlated with an improved prognosis in colorectal carcinoma, melanoma, and lung cancer.

“There are a lot of different signals, the hallmarks of cancer—our old friends, as well as some new friends, when it comes to the immune system—and we have a number of drugs now that can go after almost everything we have knowledge of,” said Dr. Olszanski.

In 1999, evidence of clinical utility of immunotherapy in cancer was reported by Atkins et al.9 High-dose IL-2 therapy yielded an overall response rate of 16% in patients with metastatic melanoma treated between 1985 and 1993. However, Dr. Olszanski focused on those with complete responses, about 6%. They had durable disease control, and in fact, “some of the patients from this era are still alive today despite facing metastatic melanoma,” he revealed.

Early in 2015, Ansell et al10 published their findings with nivolumab in resistant Hodgkin lymphoma. With an acceptable safety profile, nivolumab yielded “surprising efficacy” in patients with relapsed or refractory disease who had undergone heavy pretreatment, including a number of complete and partial responses.

At the 2013 ASCO meeting, Topalian et al11 presented their findings with nivolumab in patients with various advanced solid tumors, such as melanoma, NSCLC, and renal cell carcinoma. They found overall response rates of 31% in melanoma, 16% in NSCLC, and 29% in renal cell carcinoma. “Back in the day with chemotherapy,” noted Dr. Olszanski, “response rates in melanoma were about 15%.” In addition, he called the overall survival rates “exciting.” In fact, he added, the FDA may expand the indications for use of nivolumab and pembrolizumab in early-stage melanoma based on recent data. This prediction has been bolstered by 3 recent publications.12–14

Finally, Segal et al15 offered preliminary results with MEDI4736 in multiple tumor types at the 2014 ASCO meeting. In this study of approximately 150 heavily pretreated patients, this investigational agent “showed amazing activity in a wide variety of cancers,” stated Dr. Olszanski. MEDI4736 is currently being evaluated further as monotherapy and in combination with a variety of immunomodulators and targeted agents.

Dr. Olszanski has disclosed that he has served as a scientific advisor to Bristol-Myers Squibb Company, Celgene Corporation, Iceutica, Merck & Co., Inc., and Millennium Pharmaceuticals, Inc. 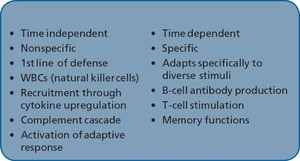 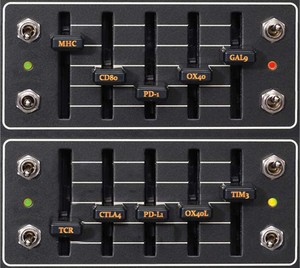