A creditable challenge in the development of targeted therapy for B-cell lymphomas (Figure 1) is to develop new clinical trial strategies to streamline the evaluation of novel treatment combinations, declared Andrew D. Zelenetz, MD, PhD, Vice Chair, Medical Informatics, Department of Medicine, Memorial Sloan Kettering Cancer Center; Professor of Medicine at Weill Medical College of Cornell University; and Chair of the NCCN Non-Hodgkin's Lymphomas (NHL) Panel. “We have too many drugs to test and not enough patients to test them in,” he admitted. Furthermore, with a host of available and emerging B-cell treatment options, better preclinical models are needed to help screen for the most promising combinations of therapies, and correlative biomarker/somatic mutation analysis is essential to enhance precision in the selection of treatment options in specific subgroups of patients.

Joining rituximab as approved anti-CD20 antibodies in the treatment of B-cell lymphomas are ofatumumab and obinutuzumab. Dr. Zelenetz briefly reviewed the supporting data behind these 2 newer agents.

In a randomized phase II study,1 the combination of ofatumumab and CHOP (cyclophosphamide, doxorubicin, prednisone, and vincristine) in previously untreated patients with follicular lymphoma (FL) “was clearly active,” said Dr. Zelenetz, with 62% of patients experiencing a complete response. Of note, even many of those in the high-risk FLIPI (Follicular Lymphoma International Prognostic Index) group had a response to treatment. Unfortunately, however, ofatumumab has little to no activity in patients with rituximab-refractory FL, revealed Dr. Zelenetz, with an overall response rate of about 10%.

The phase II GAUSS study2 was the first head-to-head study of obinutuzumab versus rituximab in patients with relapsed indolent NHL with a prior response to rituximab. Although a trend toward higher response rates was seen with obinutuzumab, no difference in progression-free survival was noted at this early time point, added Dr. Zelenetz. Phase III studies are comparing obinutuzumab with rituximab in combination

with chemotherapy in diffuse large B-cell lymphoma (DLBCL) and FL.

Blinatumomab, a T-cell–engaging bispecific antibody recently approved to treat relapsed/refractory B-cell acute lymphocytic leukemia, is the focus of a phase I trial in indolent lymphomas (such as FL and mantle cell lymphoma [MCL]). According to Dr. Zelenetz, overall response rates ranged from 70% to 80%, and durable responses were seen with 4 to 8 weeks of blinatumomab monotherapy. In addition, blinatumomab has shown activity in DLBCL, “with a proportion of complete response rates in relapsed or refractory patients,” he added.

Various antibody-drug conjugates are in development for B-cell lymphomas (Figure 2). Dr. Zelenetz took a closer look at 2 of them: the monomethyl auristatin E (MMAE) derivatives of anti-CD22 antibody (pinatuzumab vedotin) and the anti-CD79b antibody (polatuzumab vedotin). In the ROMULUS study,3 122 patients with relapsed or refractory lymphoma (FL = 41; DLBCL = 81) were randomized to receive rituximab plus the CD22 antibody drug conjugate or rituximab plus the CD79 antibody drug conjugate.

One of the more exciting signaling targets is the Bruton's tyrosine kinase (BTK). The BTK inhibitor ibrutinib has emerged as an effective treatment for several types of NHL, with approvals in chronic lymphocytic leukemia (CLL) and MCL and activity in DLBCL. The supporting data in MCL come from a phase II study in relapsed/refractory disease.4

“Even though responses are very rapid with this drug,” explained Dr. Zelenetz, “the quality of response clearly improves with time.” Benefits with ibrutinib were shown in both progression-free and overall survival. “Those patients who stay in remission tend to stay in remission for a long time,” he added.

The combination of ibrutinib and rituximab is quite effective in patients with relapsed MCL.5 “The complete response rate is substantially higher than with single-agent ibrutinib,” said Dr. Zelenetz. However, late toxicities with this regimen have been reported, including the development of atrial fibrillation and hypertension.

Ibrutinib is also active in relapsed or refractory DLBCL. A significant proportion of patients showed response and the responses were much more common among patients with ABC-subtype compared to those with GBC-subtype, Dr. Zelenetz pointed out. Furthermore, the response to ibrutinib by mutational status suggested that its sensitivity does not require a BCR mutation and that it is not effective against a CARD11 mutation, noted Dr. Zelenetz. There were better responses to ibrutinib in those with a CD79 mutation than in those with wild-type CD79, he added.

Another therapeutic target is the PI3K pathway. The prototypical PI3K inhibitor idelalisib, approved for the treatment of CLL and small lymphocytic lymphoma (SLL), has shown activity in double-refractory (no response to rituximab and alkylating drugs) indolent NHL in a phase II study.6 The overall response rate in this study of 125 patients was 57%, with 6% experiencing complete response. Idelalisib is relatively well tolerated over the long-term with diarrhea being the most common treatment-emergent adverse event, Dr. Zelenetz stated. Dr. Zelenetz posed a major question about these pathway inhibitors. “How do we integrate them earlier in the treatment in a way that fundamentally changes the natural history of the lymphomas we are treating?”

Turning to targeting apoptosis, Dr. Zelenetz highlighted the second-generation BCL-2 inhibitor venetoclax (ABT-199). Early studies with venetoclax have confirmed its activity and the durability of

responses in patients with relapsed/refractory CLL, including those with unmutated immunoglobulin heavy chain variable region (IGHV) genes, del(17p), and fludarabine-refractory disease.7 Overall response rate was nearly 80% with a complete response rate of 23%. Response rates were similar across the risk categories. “Progress-free survival is also promising with this agent and it is being evaluated in ongoing definitive studies in patients with CLL”, Dr. Zelenetz pointed out.

Venetoclax also has shown activity in different subtypes of relapsed or refractory NHL. The overall response rates are variable and the most promising response rate was seen in patients with MCL. In the very early data, Dr. Zelenetz noted that about 70% to 80% of patients with MCL had a response to this agent, and many ongoing studies are evaluating venetoclax in multiple NHL histologies.

The immunomodulators have had their central place in the management of multiple myeloma but also have important activity in NHL. The immunomodulating agent lenalidomide in combination with rituximab has been evaluated in a phase II study in untreated indolent lymphomas.8 In the FL study population, 98% responded to the combination of lenalidomide and rituximab, with 87% achieving a complete response. Many patients in other subgroups responded as well (89% marginal zone, 80% SLL).

These data were confirmed in the CALGB 50803 study in patients with untreated FL. The ORR was 93% with 72% complete response rate, “which is a very impressive confirmation of a single-center study,” declared Dr. Zelenetz.

In a study attempting to identify biomarkers predictive for therapeutic response,9 lenalidomide was evaluated in patients with relapsed or refractory DLBCL. The investigators found that the cell of origin had an impact on outcomes. A total of 52.9% of patients with a non-germinal center B-cell–like phenotype responded to lenalidomide compared with only 8.7% of patients with a germinal center B-cell–like phenotype. 9 This suggests that the benefit of lenalidomide is restricted to non-germinal center DLBCL, added Dr. Zelenetz. The results of 2 subsequent studies confirmed that the addition of lenalidomide to R-CHOP “appears to overcome the adverse impact of non-germinal center cell of origin in patients with DLBCL,” he pointed out. The use of immune checkpoint inhibitors has a rationale in lymphoma due to the overexpression of a number of immune checkpoint proteins that are overexpressed on malignant cells and/or in the tumor microenvironment. Dr. Zelenetz briefly reviewed the preliminary data from clinical trials evaluating use of nivolumab (an anti PD-1 checkpoint inhibitor) in hematologic malignancies. In a study of nivolumab in 105 patients with relapsed or refractory hematologic malignancies, 29 of whom had B-cell lymphomas, the overall response rate was modest at 28%, with a few complete responses and some patients with stable disease.10 However, in the subgroups of patients with FL and DLBCL, “there is a hint that the activity is somewhat greater,” he said. He added that these are very small numbers and larger confirmatory studies are needed to validate these findings. The most common side effects were fatigue, pneumonitis, and pruritus. “The safety profile [with nivolumab] appears to be much more favorable than [with] ipilimumab,” said Dr. Zelenetz. “These drugs [immune check point inhibitors], because of their acceptable toxicity profile, are obviously good targets for combination with other treatments,” Dr. Zelenetz concluded. 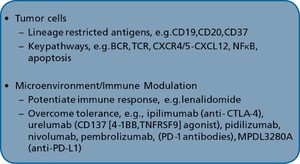 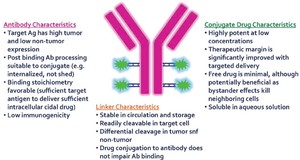