Patients with early-stage breast cancer today are benefitting from a growing trend toward less-invasive disease staging and management. This is occurring as a result of molecular profiling to refine treatment, surgical approaches that improve cosmesis, radiotherapy approaches that are more convenient and less likely to produce toxicity, and the discontinuation of routine axillary dissection. Less-aggressive treatments yield better quality of life, which is very important in a malignancy with excellent long-term outcomes. 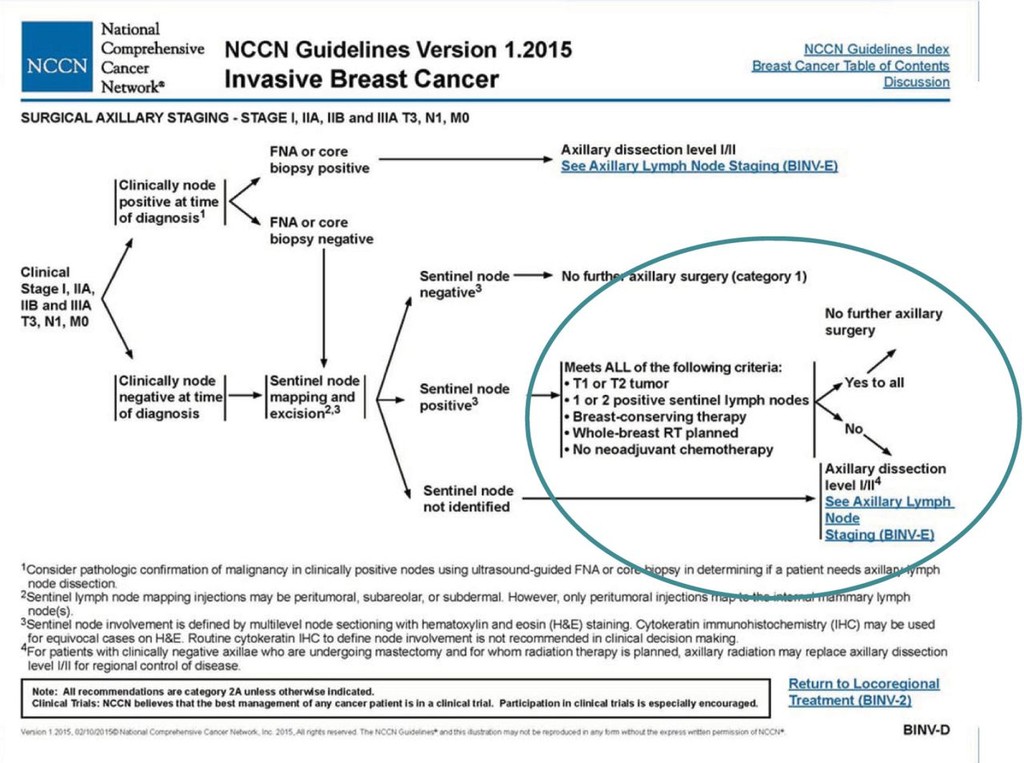 NCCN Guidelines for Breast Cancer recommend no further axillary staging for a specific subset of patients. 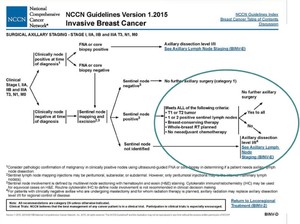