Essential thrombocythemia is well-known to transform to other myeloid disorders, such as leukemia; however, the risk for development of lymphoma is not as well studied. This case report discusses a 76-year-old man with a history of prefibrotic post-essential thrombocythemia myelofibrosis on ruxolitinib, who developed anemia, thrombocytopenia, and leukocytosis with peripheral blasts. Results of a bone marrow biopsy and PET and CT scans revealed stage IV leukemic diffuse large B-cell lymphoma. Several days after cessation of ruxolitinib, the patient developed fevers, hypotension, and low-grade disseminated intravascular coagulation, and subsequently developed spontaneous tumor lysis syndrome, which resulted in death. This case is unique in several aspects: it highlights the rare possibility of lymphomatous transformation of myeloproliferative disorders, an unusual presentation of lymphoma masquerading as leukemia, and the possibility of ruxolitinib withdrawal syndrome. Additionally, this case serves as a reminder that the use of novel therapies should be adopted after a thorough assessment of long-term risks, including those associated with abrupt withdrawal. 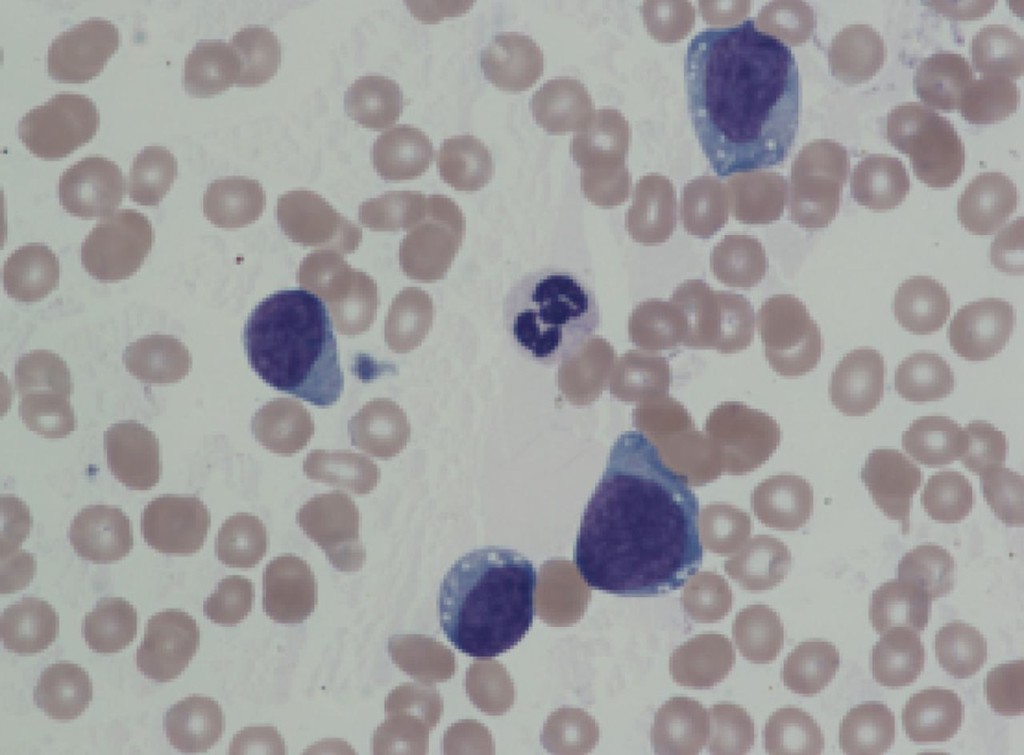 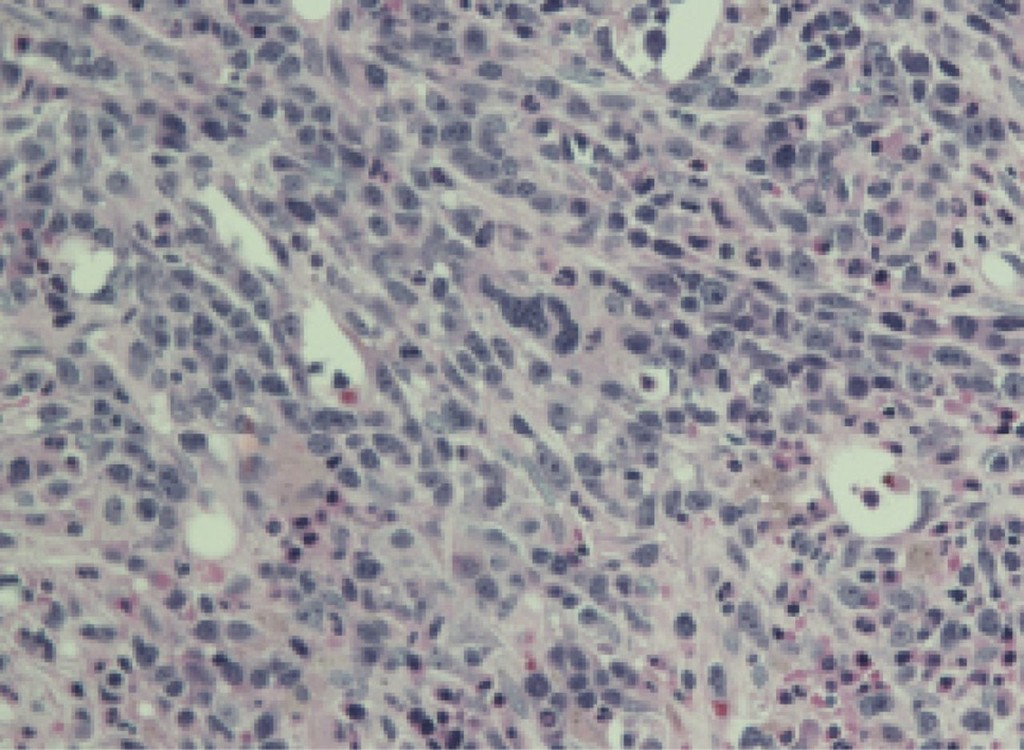 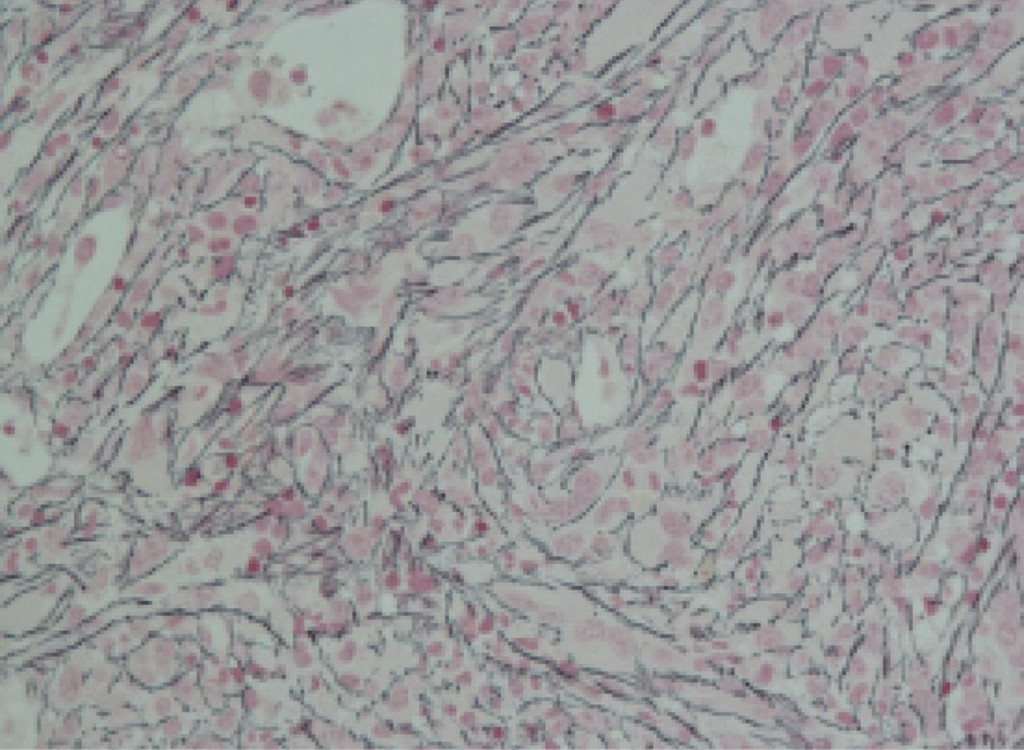 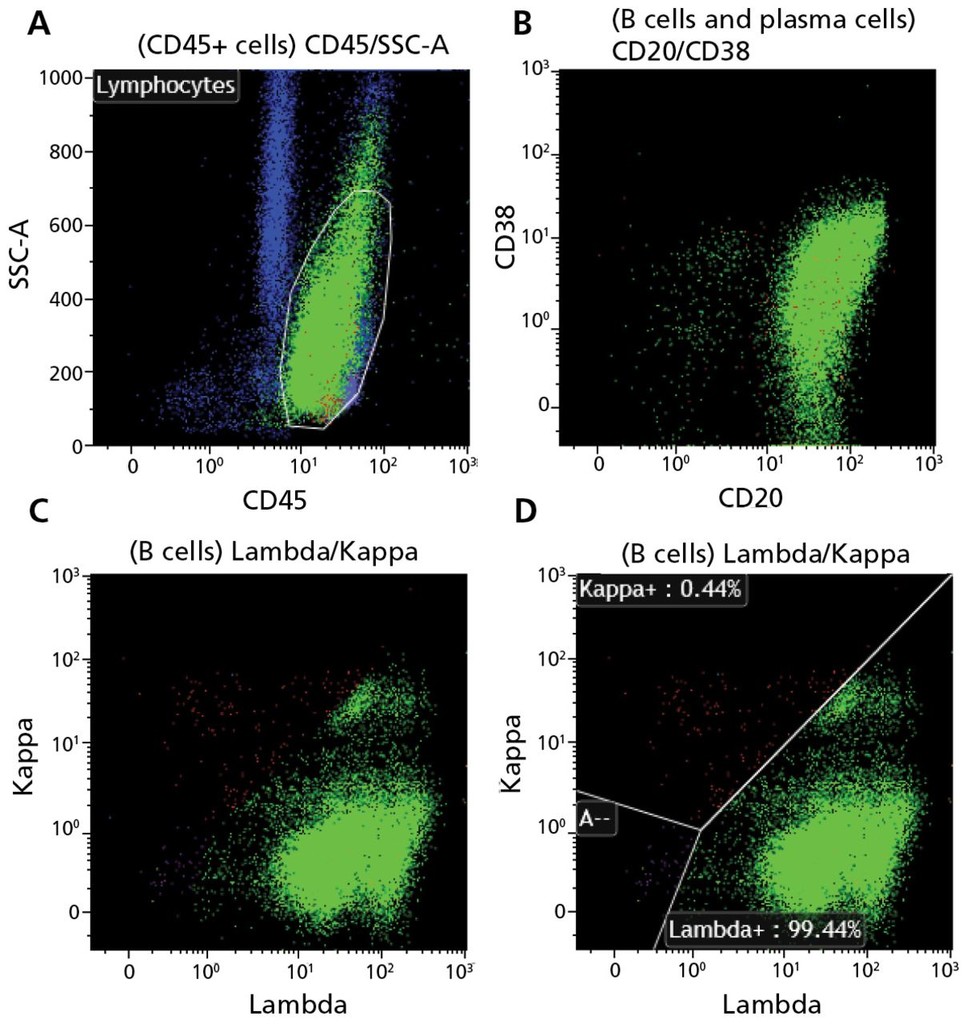 Flow cytometry shows a large population of mature B cells expressing CD45 (A), CD20 and CD38 (B), and moderate-density λ light chains (C and D). 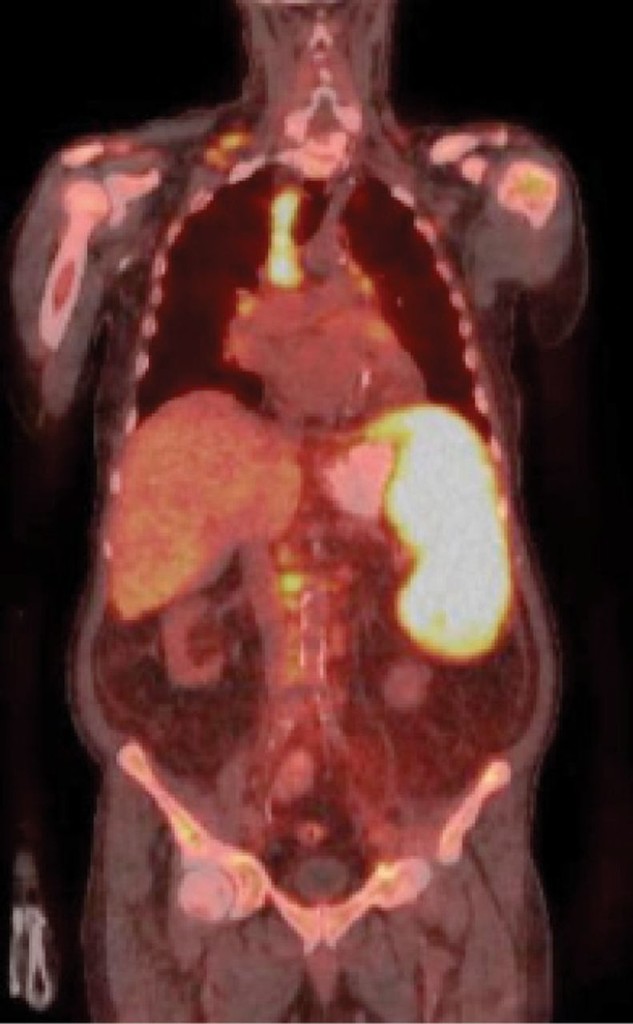 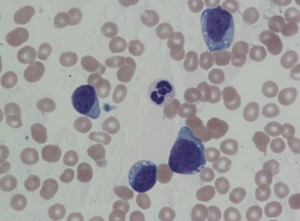 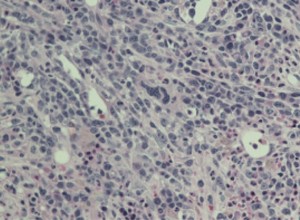 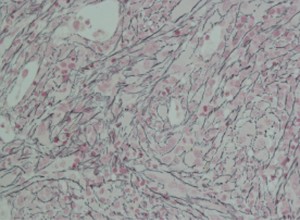 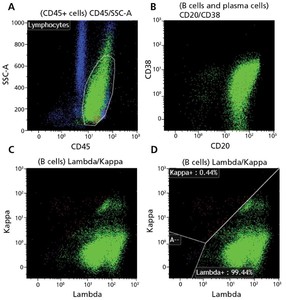 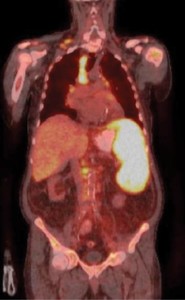