Treating Triple-Negative Breast Cancer: Where Are We?

Unlike estrogen receptor (ER)–positive and HER2-positive breast cancer, triple-negative breast cancer (TNBC) lacks a repertoire of targeted therapies. Hence, chemotherapy is the only available systemic option in current clinical practice. In general, survival of patients with TNBC is worse than that for those with ER-positive and HER2-positive breast cancer, especially for advanced-stage disease. Thus, a great unmet need exists. Conventional chemotherapeutic agents such as platinum-salts have been examined for specific benefit in TNBC; however, no one agent has yet been shown to offer a differential incremental benefit in metastatic TNBC. The hope is that ongoing research in targetable molecular pathways will lead to new therapeutic options for TNBC. Because these patients are likely to be increasingly subcategorized using potentially targetable molecular alterations, investigators will need to be mindful of the challenges in designing and conducting clinical trials in smaller subpopulations. The successful incorporation of targeted therapies in routine clinical practice for TNBC, which mirrors the success achieved by anti-HER2 and endocrine therapies, is awaited. 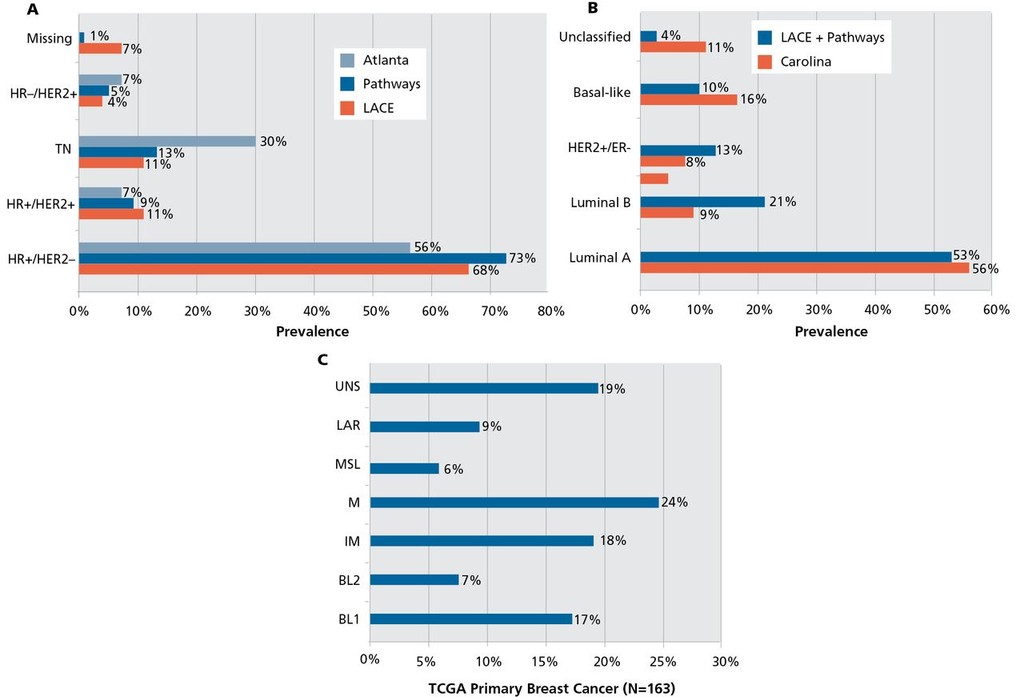 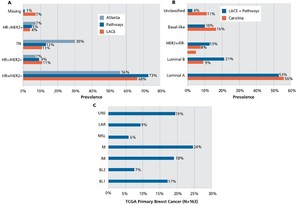