During the past 10 years, the treatment of advanced-stage non-small cell lung cancer (NSCLC) has become increasingly complex, and debate continues regarding the optimal chemotherapeutic agents and duration of treatment. The addition of bevacizumab to platinum doublet chemotherapy, the use of pemetrexed for nonsquamous histology, and the introduction of maintenance chemotherapy are strategies that have been shown to improve overall survival beyond 12 months. Many acceptable treatment options are recommended in the NCCN Clinical Practice Guidelines in Oncology for NSCLC. This article discusses the first-line treatment of NSCLC with no identifiable mutations with FDA-approved targeted therapies for patients treated outside a clinical trial, particularly focusing on difficult clinical decisions, such as when the use of bevacizumab is appropriate, choosing a platinum partner, and treatment of patients with an ECOG performance status of 2. Data are summarized from several recent maintenance clinical trials, such as PARAMOUNT, AVAPERL, and PointBreak, and the implications these trials have on practical decisions oncologists must make when choosing an optimal treatment strategy for patients with advanced NSCLC are discussed. 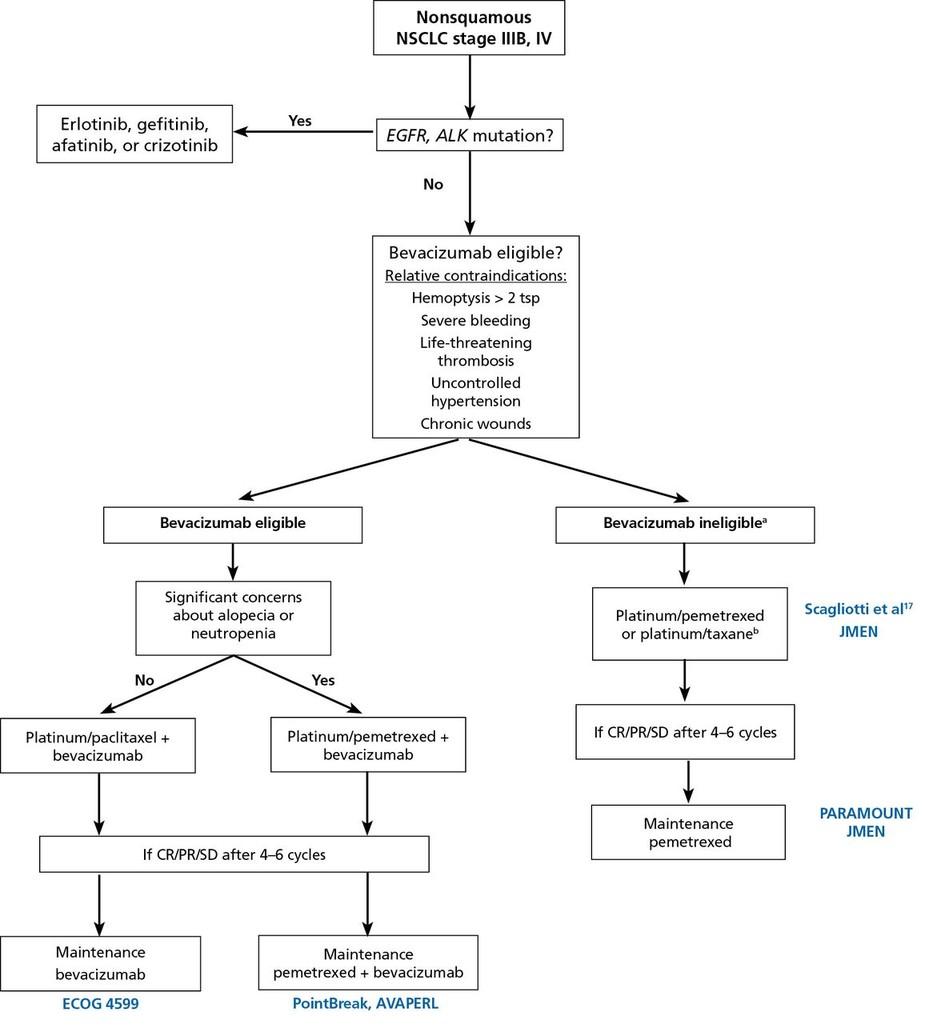 aPatients who are eligible for bevacizumab may also be treated in this pathway because a nonbevacizumab regimen containing pemetrexed has never been compared head-to-head with one with bevacizumab. Other strategies, such as switch maintenance to pemetrexed, could also be considered.

bOther agents could be considered, such as paclitaxel or docetaxel, which were used in the JMEN study. Gemcitabine should not be used in a non-squamous population based on results of the trial by Scagliotti et al.17 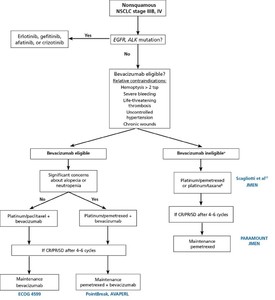