“Guidelines are not tablets written in stone,” stated Andrew D. Zelenetz, MD, PhD, Professor of Medicine, Weill Medical College of Cornell University, and Vice Chair, Medical Informatics, Department of Medicine, Memorial Sloan-Kettering Cancer Center, New York City. “They have to evolve because the field of oncology is rapidly changing,” he added. And this holds true both in and out of the United States.

To improve patient outcomes in other parts of the world, in 2008, the NCCN-MENA (Middle East and North Africa) region guideline committees began the process of modifying the NCCN Clinical Practice Guidelines in Oncology (NCCN Guidelines) for several tumor types, including lymphoma.

During their presentation at the NCCN 19th Annual Conference, Dr. Zelenetz joined Ali Bazarbachi, MD, PhD, Professor of Medicine (Hematology and Oncology), and Director, Bone Marrow Transplantation Program, American University of Beirut Medical Center, Beirut, Lebanon, in discussing the process by which the NCCN Guidelines are adapted for the MENA region. They featured 2 examples of international collaboration in modifying the NCCN Guidelines: development of new Guidelines for adult T-cell leukemia/lymphoma (ATLL) and assessment of clinical trial data supporting a dose-intensive regimen with sequential consolidation for younger patients with diffuse large B-cell lymphoma (DLBCL). Dr. Zelenetz serves as chair of the NCCN Non-Hodgkin’s Lymphomas Panel, and Dr. Bazarbachi serves as chair of the NCCN-MENA Lymphomas Panel.

Modification Process of NCCN Guidelines for the MENA Region

The modification process was briefly presented by Dr. Bazarbachi. To begin, in 2008, a chair was appointed for the subcommittees included (lung cancer, breast cancer, colon cancer, hepatocellular carcinoma, non-Hodgkin’s lymphoma, and palliative care) and members were invited from various countries. Face-to-face meetings were held, the NCCN Guidelines for each disease were reviewed, modifications were suggested, and a consensus of the committee members was reached. In addition, regional meetings were held to discuss the local perspectives on disease management. The modifications were then reviewed, edited, and approved by the NCCN Non-Hodgkin’s Lymphomas Panel in the United States, and the regional version of the NCCN Guidelines was published in JNCCN—Journal of the National Comprehensive Cancer Network.1

Modifications were based on several factors: available data and research results, difference in pharmacogenomics, evidence-based regional practice, and a lack of NCCN Guidelines for certain diseases. However, cost-effectiveness was not a basis for changing the guidelines, noted Dr. Bazarbachi. The template form used to itemize a modification is shown in Figure 2. The real challenge, admitted Dr. Bazarbachi, is in the implementation of the guidelines.

Difference Between Guideline Development and Adaptation

Second, for de novo guidelines, there is relatively uniform resource availability across NCCN Member Institutions and throughout much of the United States. Conversely, adapted guidelines must accommodate the variable resources in the region covered. For instance, “MENA is a geographically wide area of several hundred million people, with major differences in terms of available resources, both economically and medically,” declared Dr. Bazarbachi. However, Dr. Zelenetz noted that there are legitimate alternative ways to adapt guidelines to recognize the disparity in resources (such as rituximab for large cell lymphoma).

Third, de novo guidelines are intended to fill potential gaps with new guideline development, if appropriate, whereas adapted guidelines identify gaps in guidelines that may not address regional issues. According to Dr. Zelenetz, guidelines are a practical set of documents that can be used regionally to improve the quality of care, but they are often viewed as a gold standard by which care should be delivered. This philosophical perspective does not recognize the practical realities of treating patients in disparate settings, he added.

“Although ATLL is not an unknown disease in the United States, it is relatively rare,” admitted Dr. Zelenetz, and until a few years ago, there were no NCCN Guidelines for this type of aggressive lymphoma. However, ATLL is a significant issue in the Caribbean, Japan, and the MENA region, he added. Consequently, in 2010, based on the consensus recommendations by the panel of lymphoma experts, MENA developed a new set of guidelines for the management of patients with ATLL, which were adapted into the NCCN Guidelines for Non-Hodgkin’s Lymphomas in 2011.1 “We took the lead from MENA and adapted their guideline to fill the gap that we had in the NCCN Guidelines regarding ATLL,” stated Dr. Zelenetz. “Guidelines for rare diseases are almost more important than guidelines for common diseases,” he added.

Dr. Bazarbachi briefly reviewed the need for more effective treatment options in ATLL and the clinical data on which the ATLL guidelines are based. The prognosis for patients with ATLL has been historically poor. Based on the largest published series on ATLL, the median survival is around 6 to 10 months.2 Four-year survival in indolent ATLL is less than 30%, and it is much worse in acute ATLL (approximately 5%).2 And, “more than 20 years later, very little progress has been made,” he added. More recent long-term studies have continued to show a poor 10-year survival, even for patients with smoldering/chronic ATLL.3 “If there is an effect of chemotherapy in indolent ATLL, it is rather a negative effect,” revealed Dr. Bazarbachi.

The search for an effective treatment led investigators to an innovative antiviral combination of interferon-alfa and zidovudine in the 1990s. A world-wide meta-analysis on the use of this combination therapy in more than 200 patients with ATLL was conducted by Bazarbachi et al4 in 2010. They showed that the combination of interferon-alfa and zidovudine improved outcomes in 75 patients with the leukemic subtypes, with a 5-year overall survival rate of 46%, compared with 14% with chemotherapy in 132 patients.4 However, those with the lymphoma subtype experienced a better outcome with chemotherapy.

Consequently, in the NCCN Guidelines, this of zidovudine and interferon-alfa has been included as a first-line therapy option (category 2A) for patients with chronic/smoldering ATLL and acute ATLL.

In 2011, Récher et al5 compared R-ACVBP-14 with standard R-CHOP-21 in patients with a median age of 47 years and age-adjusted international prognostic index of 1. In this open-label randomized phase III trial, a statistically significant improvement in 3-year overall survival was demonstrated with R-ACVBP-14 over standard chemotherapy (92% vs 84%). The 3-year rate of progression-free survival was also better with the newer combination therapy (87% vs 73%). Thus, as a result of these superior outcomes, the MENA investigators suggested modification of the NCCN Guidelines for DLBCL to include R-ACVBP over R-CHOP.

Dr. Zelenetz reviewed the findings for R-ACVBP and noted that the cell of origin may play a role in impacting response to treatment. A subgroup analysis suggested that the benefit of dose-dense sequential R-ACVBP was limited to patients with non-germinal center B-cell lymphoma.6 Similar outcomes were obtained with R-ACVBP and R-CHOP in patients who had germinal center B-cell lymphoma, he noted.

Dr. Zelenetz also briefly discussed a similar regimen (R-CHOP/ICE) that is available in the United States and was studied at Memorial Sloan-Kettering Cancer Center.7 The R-CHOP/ICE regimen contains rituximab, doxorubicin, cyclophosphamide, vincristine, prednisone, ifosfamide, etoposide, and carboplatin. Dr. Zelenetz reported that patients with primary mediastinal DLBCL did extremely well; however, as with R-ACVBP, a specific improvement was seen in those with non-germinal center B-cell lymphoma treated with R-CHOP/ICE, which was slightly better than the outcomes in those with germinal center B-cell lymphoma.

However, Dr. Zelenetz pointed out that “these 2 regimens [R-CHOP/ICE and R-ACVBP plus consolidation] are remarkably similar in terms of dose intensities.” R-CHOP/ICE also has similar efficacy and is available in the United States. Therefore, R-CHOP/ICE is included in the NCCN Guidelines instead of R-ACVBP. 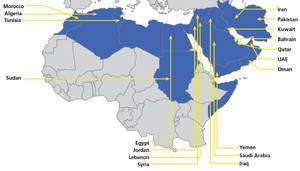