New Developments in the Treatment of Castration-Resistant Prostate Cancer

During the past 4 years, a host of new agents have been approved for the treatment of patients with advanced prostate cancer. As a result, selecting the right agent for the right patient at the right time is a clinical challenge. At the NCCN 19th Annual Conference, Dr. Celestia Higano explored the rationale behind such therapeutic decisions and the supporting clinical trial data. She reviewed the different classes of therapeutic agents, from immunotherapy and hormonal therapies to chemotherapy and radioisotopes, and offered suggestions for the clinical scenarios in which they may be used most successfully. 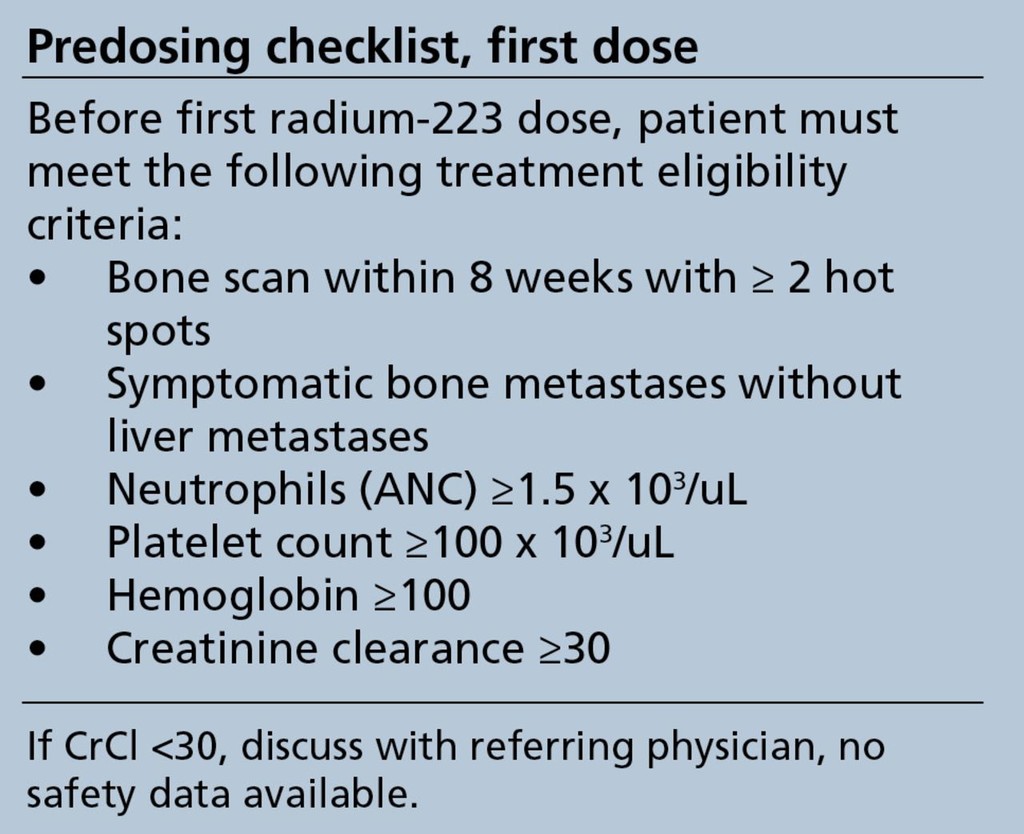 Predosing checklist for the first dose of radium-223. 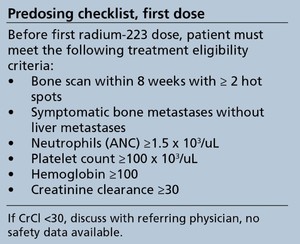