Point/Counterpoint: Early Detection of Prostate Cancer: Do the Benefits Outweigh the Consequences?

Few clinical issues have polarized the oncology community as much as screening for prostate cancer, with advocates of prostate-specific antigen (PSA) testing vocal on one side and skeptics just as vocal on the other. At the NCCN 19th Annual Conference, Dr. Peter R. Carroll and Dr. Andrew J. Vickers tackled the controversy surrounding early detection of prostate cancer, focusing attention on the randomized trial results at the heart of the matter; over-detection (the Achilles’ heel of screening); and the rationale behind the new, streamlined 2014 NCCN Clinical Practice Guidelines in Oncology (NCCN Guidelines) for Prostate Cancer Early Detection, which emphasize selective early detection and treatment and are tightly aligned with the NCCN Guidelines for Prostate Cancer. 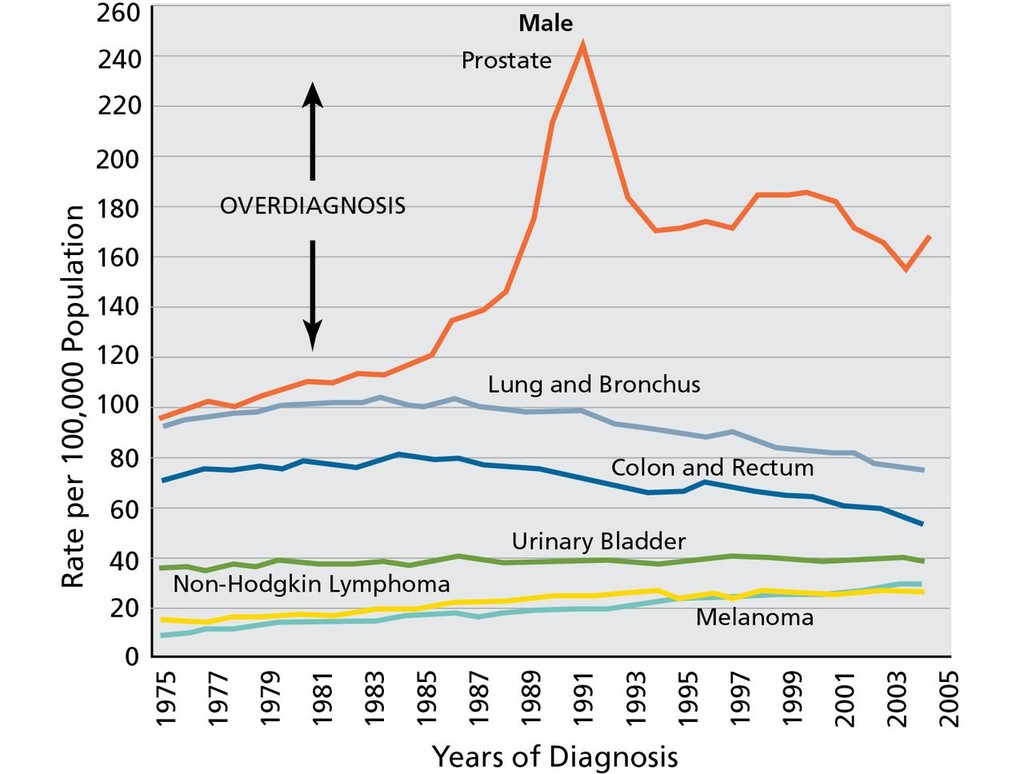 Rate of overdiagnosis in prostate cancer by year of diagnosis. 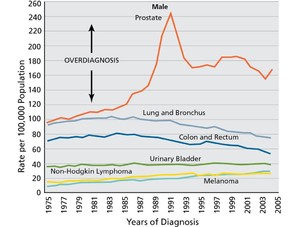