Hepatocellular carcinoma (HCC) is the third leading cause of cancer-related death worldwide and one of the leading causes of death among patients with cirrhosis. It has an increasing incidence in the United States because of the current epidemics of nonalcoholic fatty liver disease (NAFLD) and hepatitis C virus (HCV) cases.1 Prognosis for patients with HCC depends on tumor stage at diagnosis, with curative options only available for patients diagnosed at an early stage.2,3 Patients with early-stage HCC achieve 5-year survival rates near 70% with resection and transplantation, whereas those with advanced HCC have a median survival of less than 1 year.4,5

Surveillance using ultrasound at 6-month intervals is recommended in patients with cirrhosis.2,6,7 The goals of surveillance are to detect HCC at an early stage when it is amenable to curative therapy and to reduce all-cause mortality.8 Effective implementation of the screening process requires surveillance (obtaining an ultrasound in patients with cirrhosis), effective detection (finding HCC when it is present at an early stage), and appropriate follow-up (obtaining a 4-phase CT or MRI in patients with an abnormal ultrasound).9 Prior studies have suggested that HCC surveillance may be efficacious for detecting early HCC and improving survival; however, its effectiveness in clinical practice may be impacted by several factors, including low use rates and/or operator-dependency, leading to poor detection rates.10-15 Similarly, treatment underuse and delayed treatment may mitigate any survival benefit in patients who undergo surveillance and are found at an early stage.16,17

Despite improvements in technology and awareness, most HCC cases in the United States continue to be diagnosed at a late stage.18 This failure suggests potential breakdowns in the HCC screening process, including an absence of surveillance, failure of detection, or delayed follow-up. The purpose of this study was to characterize the impact of screening process failures on tumor stage at presentation and overall survival in clinical practice among a racially diverse cohort of patients.

A retrospective cohort study of patients with cirrhosis diagnosed with HCC at Parkland Memorial Health and Hospital System, the safety-net system for Dallas County, was conducted between January 2005 and March 2012. As a safety-net hospital, Parkland has an explicit mission to provide a significant level of care to low-income, underinsured, and vulnerable populations. Parkland is one of the few safety-net hospitals with an integrated electronic medical record for the hospital and clinics, including primary care clinics. With 11 primary care clinics in low-income neighborhoods, Parkland cares for approximately 50% of patients with HCC in Dallas County. Given this integrated structure, patients admitted to Parkland often receive their continuity care through Parkland Hospital. Similar to most hospitals nationally, Parkland does not have a systematic HCC screening program, and HCC surveillance is visit-based at the discretion of the clinic provider.

Patients were initially identified by ICD-9 codes for HCC (155.0 or 155.2), tumor conference presentation lists, and prior databases of patients who underwent surgical (resection or transplantation) or interventional (transarterial chemoembolization or local ablation) treatments for HCC. Patients were required to have had their first patient encounter at Parkland more than 1 year before HCC diagnosis so that screening process failure rates could be accurately determined.

Two authors (A.S. and A.Y.) adjudicated HCC cases to confirm they met diagnostic criteria, based on American Association for the Study of Liver Disease (AASLD) guidelines.19 For tumors larger than 1 cm, diagnosis was made based on a typical vascular pattern on dynamic imaging (arterial enhancement and delayed washout) or histology. Patients without imaging were excluded given that tumor characteristics could not be determined. Patients with Child-Pugh C cirrhosis and those with poor performance status were also excluded, because surveillance is not recommended in these patients. This study was approved by the Institutional Review Board at UT Southwestern Medical Center.

Patients were assigned to 1 of 2 groups based on HCC stage at diagnosis. Early-stage patients were defined as those with BCLC stage A HCC, characterized by well-preserved liver function (Child-Pugh A-B cirrhosis), good performance status, and limited tumor burden (1 tumor <5 cm or 2-3 tumors, each <3 cm in maximum diameter, without gross vascular invasion or distant metastases). Patients with BCLC stage B HCC (more extensive intrahepatic disease) or stage C HCC (vascular invasion and/or distant metastases) were categorized as having advanced HCC. This cutoff was chosen because curative options are available for patients with BCLC stage A HCC, whereas only palliative options exist for those with more advanced tumors. Patients with BCLC stage D HCC were excluded because surveillance is not recommended in patients with Child-Pugh C cirrhosis or those with poor performance status.

Between January 2005 and March 2012, 457 patients with cirrhosis were diagnosed with HCC. A total of 188 patients who had less than 1 year of care at Parkland before HCC diagnosis were excluded, and 84 patients with Child-Pugh C cirrhosis and/or poor functional status were also excluded, given that HCC surveillance is not of benefit for these patients. Table 1 shows baseline characteristics of the remaining 185 patients.

Absence of surveillance represented the most common screening process failure in both patients with early-stage tumors (Figure 1) and those with advanced HCC (Figure 2). Overall, 42 (21.2%) patients had a surveillance ultrasound in the year before HCC diagnosis and 140 (78.8%) had an absence of surveillance. Three patients were excluded from this analysis because they were followed up with cross-sectional imaging for nonspecific liver lesions (n=2) or other abdominal pathology (n=1). Among those who underwent surveillance ultrasound, 24 had BCLC stage A tumors and 18 had more-advanced HCC. Patients who had a surveillance ultrasound showed a trend toward higher rates of early-stage HCC at diagnosis (57.1% vs 47.1%), but this finding did not reach statistical significance (P=.29). The association between HCC surveillance and early-stage detection was stronger after adjusting for Child-Pugh class and symptomatic presentation (adjusted odds ratio [AOR], 1.98; 95% CI, 0.92-4.31; P=.08). Similarly, HCC surveillance was associated with a trend toward improved overall survival compared with no HCC surveillance (HR, 0.79; 95% CI, 0.49-1.25; P=.31) (Figure 3). 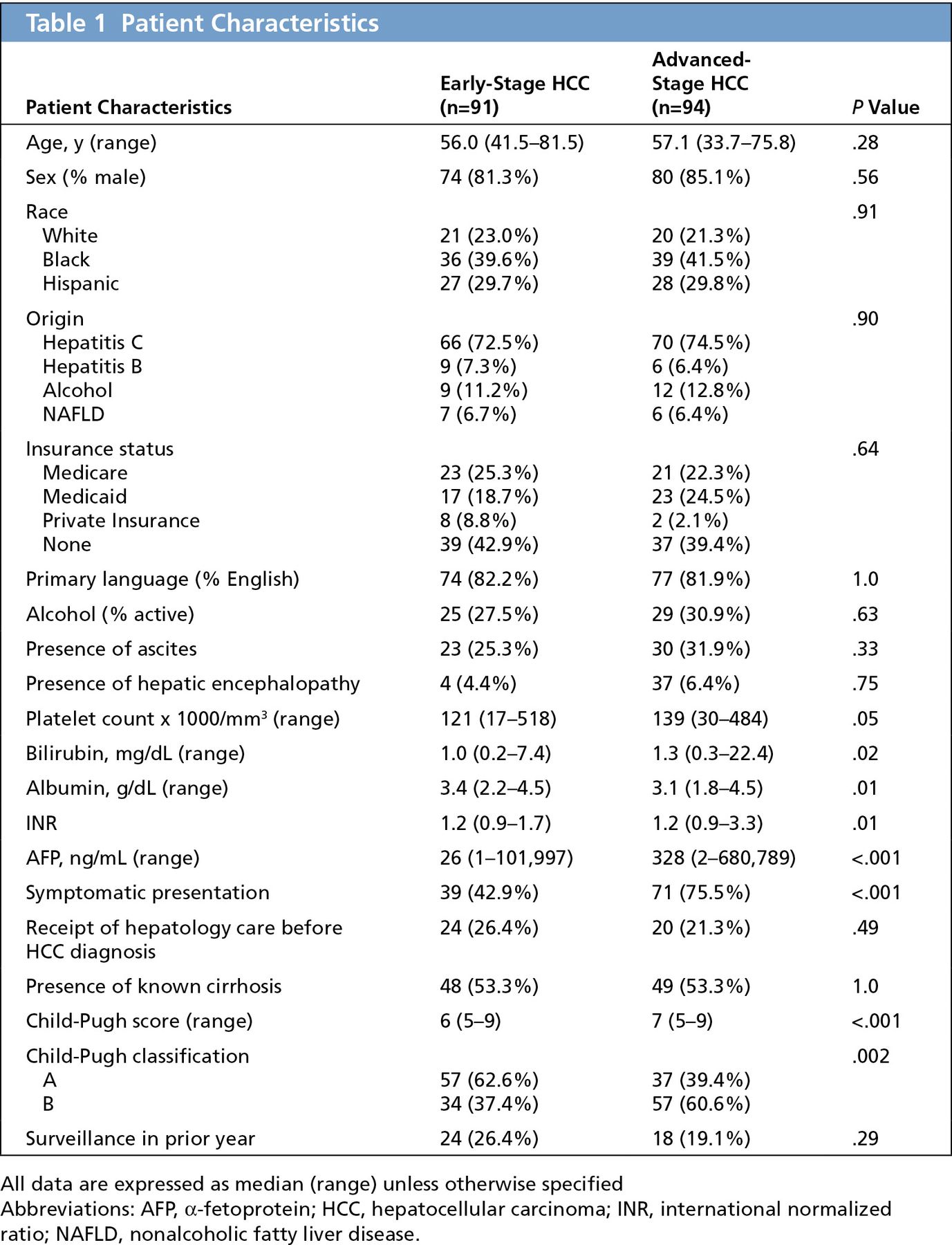 Failure of Detection and Delayed Follow-up

Surveillance is a complex process in clinical practice, with multiple potential steps that are prone to failure. Screening process failures are common and potentially lead to late-stage tumor detection. This was highlighted in the present study, in which fewer than 1 in 10 patients successfully completed the screening process. An absence of surveillance was the most common HCC screening process failure and was associated with trend toward more-advanced tumor stage and worse survival. However, failure of detection and delayed follow-up were also prevalent among those who underwent surveillance ultrasound.

The high rate of surveillance underuse in this study is striking, although consistent with a recent meta-analysis that reported a pooled surveillance rate of 18% among studies conducted in the United States.22 In clinical practice, surveillance underuse could be related to several factors, including lack of provider orders, patient noncompliance, and/or limited radiologic capacity, although prior studies have suggested that lack of provider orders may be the most common intermediary.15,23-25

Underrecognition of liver disease and cirrhosis may contribute to underuse of surveillance. In one study, nearly 40% of patients presented with HCC without having previously recognized liver disease and/or cirrhosis.24 Surveillance underuse may be particularly problematic for safety-net hospital systems given the high number of patients in need of surveillance relative to the limited available resources and increased patient-level barriers to cancer screening, such as underinsurance, transportation issues, and language barriers. No association was found with insurance status and surveillance underuse, although this may relate to Parkland’s sliding fee scale program, which provides a subsidy for medical care such as HCC surveillance. Further studies are needed to better characterize determinants of surveillance underuse, in hopes of designing interventions to increase surveillance rates.

Although absence of surveillance was the most common screening process failure, failure of detection was present in 50% patients who underwent surveillance, highlighting the suboptimal sensitivity of current surveillance tools. In a secondary analysis of the Hepatitis C Long-term Treatment Against Cirrhosis (HALT-C) trial, failure of detection was the most common reason for late-stage tumor detection, being present in 70% of cases beyond the Milan criteria.14 Similarly, an effectiveness study from the University of Michigan showed that ultrasound only had a sensitivity of 32% for early-stage tumors.13 These data are in stark contrast to data from Europe, which suggest that ultrasound can detect most tumors at an early stage.26 The variable effectiveness of ultrasound may be related to its operator-dependent nature. Furthermore, the ability of ultrasound to accurately visualize the liver in patients with morbid obesity or a very nodular liver may be impaired.27 Although a difference in detection rates according to BMI, Child-Pugh class, or presence of ascites was not seen in the present study, this may have been related to limited statistical power for subgroup analyses. Clearly, better surveillance tools, including more accurate biomarkers and/or cost-effective advanced imaging with lower radiation risk, are necessary to help improve the sensitivity of finding tumors at an early stage.

This study has several limitations. It was performed in a single, large, safety-net hospital, and therefore the findings may not be generalizable to other practice settings. Given its retrospective nature, this study was also limited by possible unmeasured confounders and missing data. Although some patients may have received surveillance at outside institutions, the authors believe this is unlikely given that Parkland, as the safety-net health system for Dallas County, is the only option for most indigent patients. To minimize this bias, patients with less than 1 year of care at Parkland before HCC diagnosis were excluded. Overall, the authors believe the limitations of this study are outweighed by its strengths, including its well-characterized cohort and its racially and socioeconomically diverse population.

Jorge Marrero was involved in interpretation of data and critical revision of the manuscript for important intellectual content.

Adam Yopp was involved in acquisition of data, interpretation of data, and critical revision of the manuscript for important intellectual content.

All authors approved the final version of the manuscript.

This work was conducted with support from Center for Translational Medicine, NIH/NCATS Grant Number KL2 TR000453 and the ACG Junior Faculty Development Award awarded to Dr. Singal. The content is solely the responsibility of the authors and does not necessarily represent the official views of Center for Translational Medicine, the University of Texas Southwestern Medical Center and its affiliated academic and health care centers, the National Center for Advancing Translational Sciences, or the National Institutes of Health. The authors have disclosed that they have no financial interests, arrangements, affiliations, or commercial interests with the manufacturers of any products discussed in this article or their competitors. 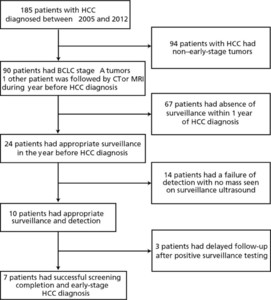 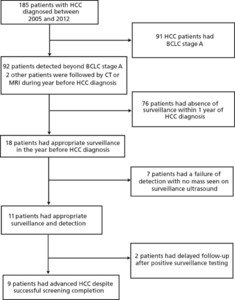 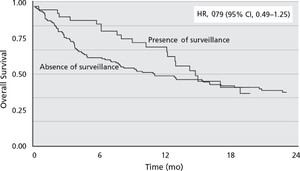