Outpatient Management of Pulmonary Embolism in Cancer: Data on a Prospective Cohort of 138 Consecutive Patients

The purpose of this prospective cohort study was to assess the feasibility of outpatient treatment in patients with cancer and objectively confirmed pulmonary embolism (PE), and to compare the performance of the different prognostic scales available in this setting. Patients were selected for outpatient management according to a set of exclusion criteria. Outcomes at 30 and 90 days of follow-up included thromboembolic recurrences, major bleeding, and all-cause death. The performance of 4 prognostic scales (Pulmonary Embolism Severity Index, Geneva Prognostic Score, POMPE-C, and Registro Informatizado de Enfermedad Tromboembólica [RIETE registry]) was evaluated. Of 138 patients, 62 (45%) were managed as outpatients. Incidental PE constituted 47% of the sample. Most patients treated at home had an incidentally detected PE (89%). The rate of recurrence and major bleeding events was similar in both groups. Mortality rates were higher for patients admitted to the hospital compared with outpatients at 30 days (18% vs 3%; P=.06) and 90 days (34% vs 10%; P=.001) of follow-up. None of the patients selected for home treatment required further admission because of PE complications. None of the prognostic models developed for symptomatic PE was significantly associated with 30-day mortality. Improved survival outcomes were observed in incidentally detected PEs compared with acute symptomatic events (overall mortality rates, 3.2% vs 18.4%; P=.006). A large proportion of patients with cancer and PE may be safely treated as outpatients, especially those with incidental PE. Cancer-specific prognostic scales including incidental PE should be developed for the optimal management of PE in this setting. 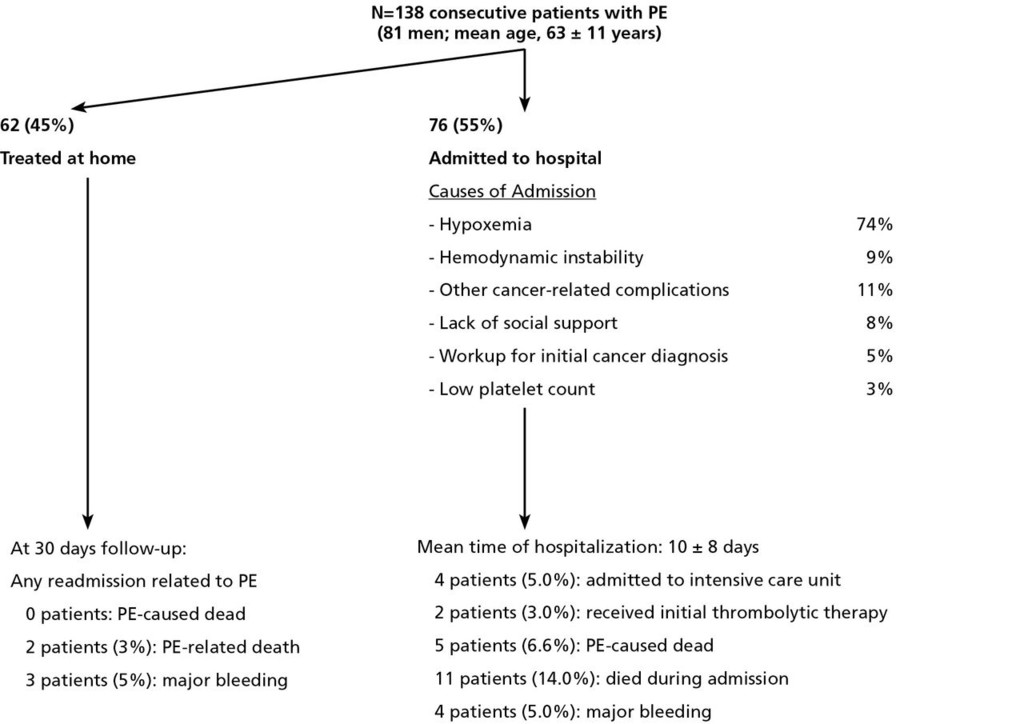 Flowchart of patients with cancer and pulmonary embolism. 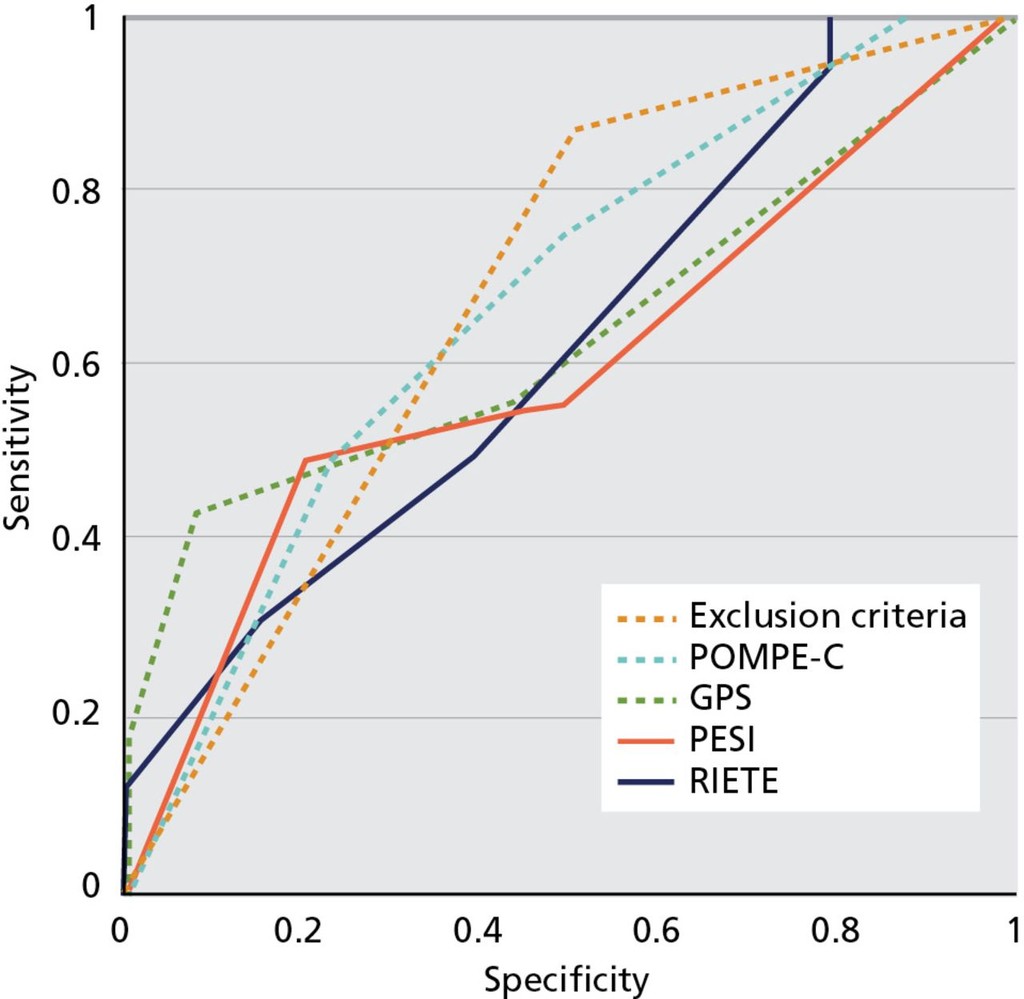 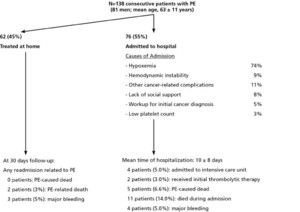 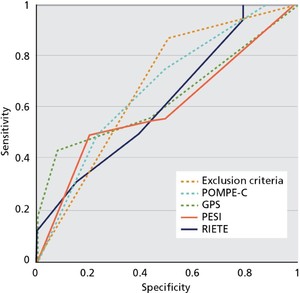