Cancer treatment, especially hormonal therapy and therapy directed toward the pelvis, can contribute to sexual problems, as can depression and anxiety, which are common in cancer survivors. Thus, sexual dysfunction is common in survivors and can cause increased distress and have a significant negative impact on quality of life. This section of the NCCN Guidelines for Survivorship provides screening, evaluation, and treatment recommendations for female sexual problems, including those related to sexual desire, arousal, orgasm, and pain.

Cancer treatment, especially hormonal therapy and therapy directed toward the pelvis, can often impair sexual function. In addition, depression and anxiety, which are common in survivors, can contribute to sexual problems. Thus, sexual dysfunction is common in survivors and can cause increased distress and have a significant negative impact on quality of life.1-5 Nonetheless, sexual function is often not discussed with survivors.6,7 Reasons for this include a lack of training of health care professionals, discomfort of providers with the topic, and insufficient time during visits for discussion.1 However, effective strategies for treating both female and male sexual dysfunction exist,8-11 making these discussions a critical part of survivorship care.

Female sexual problems relate to issues such as sexual desire, arousal, orgasm, and pain.12,13 Sexual dysfunction after cancer treatment is common in female survivors.4,14-20 A survey of 221 survivors of vaginal and cervical cancer found that the prevalence of sexual problems was significantly higher among survivors than among age- and race-matched controls from the National Health and Social Life Survey (mean number of problems 2.6 vs 1.1; P<.001).18 A survey of survivors of ovarian germ cell tumors and age-, race-, and education-matched controls found that survivors reported a significant decrease in sexual pleasure.21

Female sexual dysfunction varies with cancer site and treatment modalities.15,16 For example, survivors of cervical cancer who were treated with radiotherapy had worse sexual functioning scores (for arousal, lubrication, orgasm, pain, and satisfaction) than those treated with surgery, whose sexual functioning was similar to that of age- and race-matched noncancer controls.15 A recent systematic review of sexual functioning in cervical cancer survivors found similar results, except that no differences in orgasm/satisfaction were observed.22 In contrast, chemotherapy seems to be linked to female sexual dysfunction in breast cancer survivors,16 possibly related to the prevalence of chemotherapy-induced menopause in this population.13 In addition, survivors with a history of hematopoietic stem cell transplantation (HSCT) may have multiple types of sexual dysfunction, even after 5 to 10 years.23-25 Some of the sexual dysfunction associated with HSCT is related to graft-versus-host disease (GVHD), which can result in vaginal fibrosis, stenosis, mucosal changes, vaginal irritation, bleeding, and increased sensitivity of genital tissues.24,26 In addition, high-dose corticosteroids use for chronic GVHD can increase emotional lability and depression, affecting feelings of attractiveness, sexual activity, and quality of sexual life.

Patients with concerns about their sexual function should undergo a more thorough evaluation, including screening for possible symptoms and psychosocial problems (ie, anxiety, depression, relationship issues, drug or alcohol use) that can contribute to sexual dysfunction. It is also important to identify prescription and over-the-counter medications (especially hormone therapy, narcotics, and serotonin reuptake receptor inhibitors) that could be a contributing factor. Traditional risk factors for sexual dysfunction, such as cardiovascular disease, diabetes, obesity, smoking, and alcohol abuse, should also be assessed, as should the oncologic and treatment history. If anticancer treatments have resulted in menopause, menopausal symptoms and effects on sexual function should be assessed. Risks and benefits of hormone therapy should be considered in women who have not had hormone-sensitive cancers and who are prematurely postmenopausal. In addition, a physical and gynecologic examination should be performed to note points of tenderness, vaginal atrophy, and anatomic changes associated with cancer and cancer treatment.

For a more in-depth evaluation of sexual dysfunction, the Female Sexual Function Index can be considered.28 This instrument has been validated in patients with cancer and cancer survivors.29,30

Overall, the evidence base for interventions to treat female sexual dysfunction in survivors is weak, and high-quality studies are needed.31,32 Based on evidence from other populations, evidence from survivors when available, recommendations from the American College of Obstetricians and Gynecologists,12 and consensus among NCCN Survivorship Panel members, the panel made recommendations for treatment of female sexual dysfunction in survivors. The panel recommends that treatment be guided to the specific type of problem. The evidence base for each recommendation is described herein.

Water-, oil-, or silicone-based lubricants and moisturizers can help alleviate symptoms such as vaginal dryness and sexual pain.33 In one study of breast cancer survivors, the control group used a nonhormonal moisturizer and saw a transient improvement in vaginal symptoms.34

Vaginal dilators are recommended for vaginismus, sexual aversion disorder, vaginal scarring, or vaginal stenosis from pelvic surgery or radiation and associated with GVHD. However, evidence for the effectiveness of dilators is limited.36

Vaginal estrogen (pills, rings, or creams) has been shown to be effective in treating vaginal dryness, itching, discomfort, and painful intercourse in postmenopausal women.37-42 Small studies have looked at different formulations of local estrogen, but data assessing the safety of vaginal estrogen in survivors are limited.

Psychotherapy may be helpful for women experiencing sexual dysfunction, although evidence on efficacy is limited.43 Options include cognitive behavior therapy, for which some evidence of efficacy exists in survivors of breast, endometrial, and cervical cancer.44,45 Referrals for psychotherapy, sexual/couples counseling, or gynecologic care should be given as appropriate, and ongoing partner communication should be encouraged.46

Currently, the panel does not recommend the use of oral phosphodiesterase type 5 inhibitors (PDE5i) for female sexual dysfunction because of the lack of data regarding their effectiveness in women. Although thought to increase pelvic blood flow to the clitoris and vagina,47,48 PDE5i showed contradictory results in randomized clinical trials of various noncancer populations of women being treated for sexual arousal disorder.49-54 More research is needed before a recommendation can be made regarding the use of sildenafil for the treatment of female sexual dysfunction. 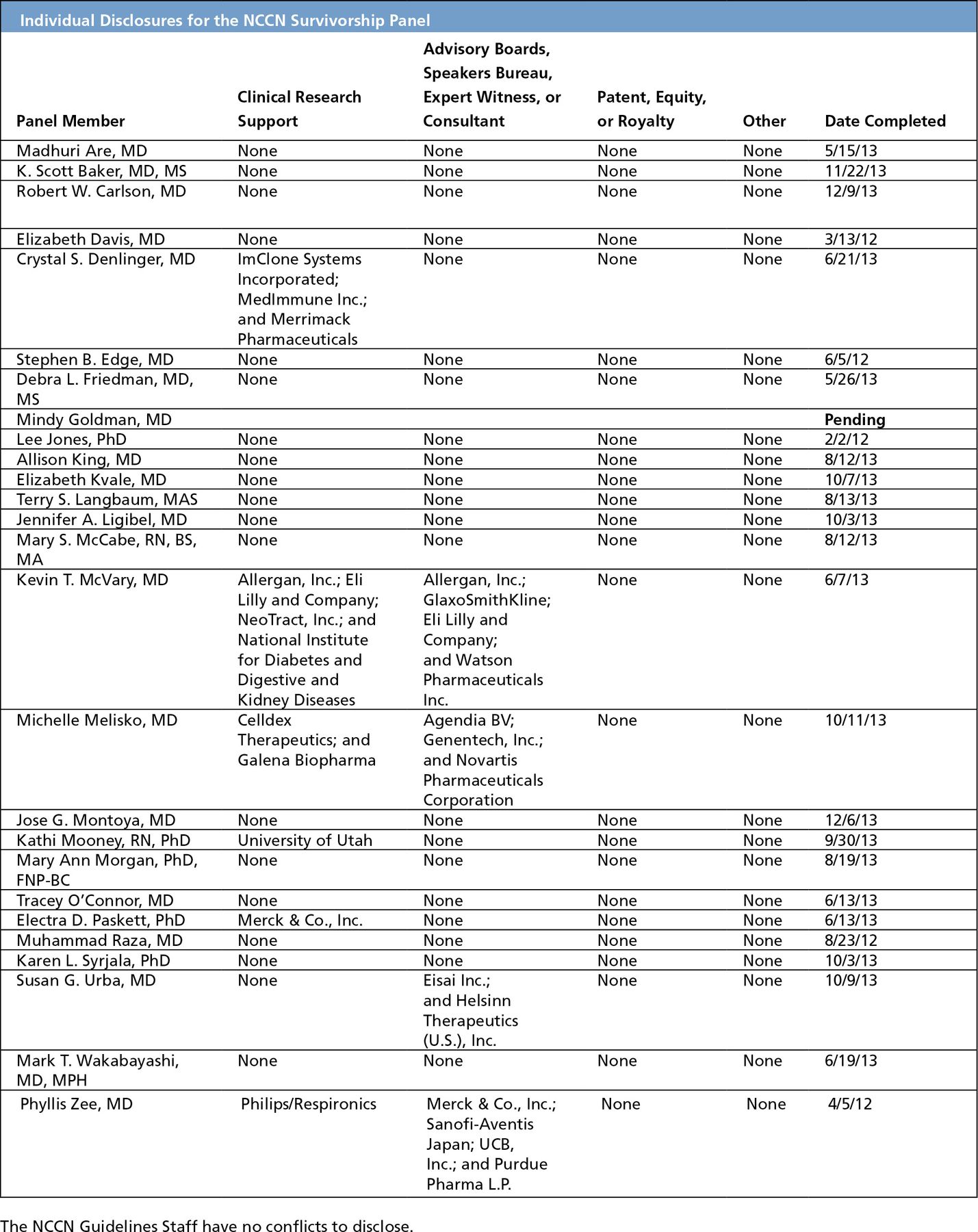 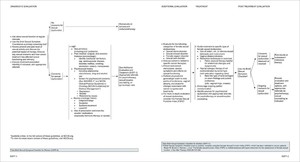 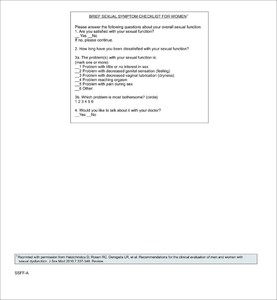