The best treatment strategy for patients with locally advanced unresectable pancreatic ductal adenocarcinoma (PDAC) remains the subject of considerable debate. This report presents a case of a 58-year-old woman with locally advanced unresectable PDAC who was treated with sequential FOLFIRINOX for 8 cycles followed by chemoradiation, and continues to show durable disease control 18 months later. The respective roles of systemic therapy and chemoradiation for locally advanced PDAC are discussed, including optimal sequencing of these modalities, recent improvements in chemotherapy, and the question of whether radiotherapy improves survival outcomes in this disease context. 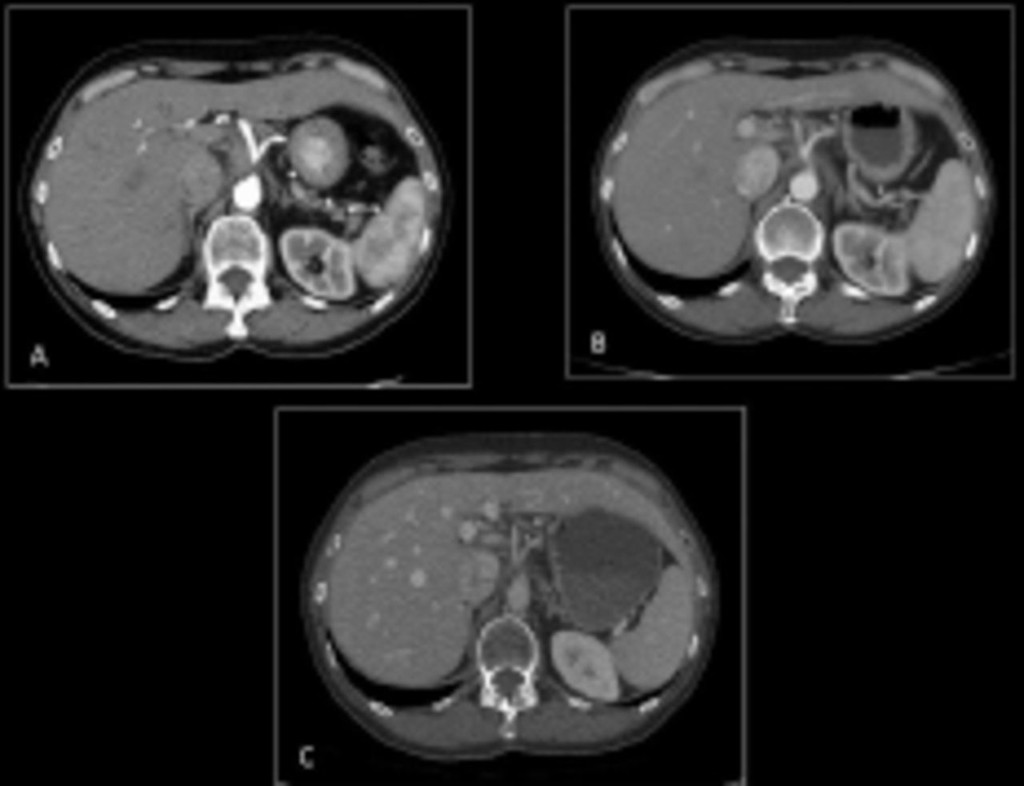 Axial contrast-enhanced CT of the abdomen showing infiltrative pancreatic tumor arising from the pancreatic head/neck and extending superiorly. The tumor encases the celiac axis (red arrow) in the CT scan obtained at diagnosis (A). Decreasing size of the infiltrative tumor with persistent encasement of the celiac axis is seen on the CT scan obtained 3 months (B) and 13 months (C) after completion of chemoradiation. 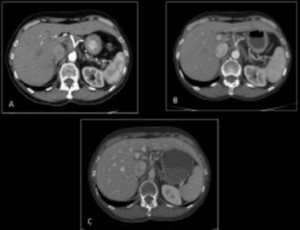