Where Exactly Does Ponatinib Fit in Chronic Myelogenous Leukemia?

Ponatinib holds a unique place in the spectrum of drugs in use for the treatment of chronic myelogenous leukemia. It is perhaps the most active tyrosine kinase inhibitor (TKI) among those currently licensed; 51% of patients resistant to or intolerant of second-generation TKIs experienced a major cytogenetic response and 70% of patients with the highly resistant T315I BCR-ABL1 mutation experienced a major cytogenetic response. However, 1 year after its accelerated approval by the FDA, and midway through its phase III pivotal trial, a high number of vascular occlusive events began to be reported. The FDA put a partial clinical hold on the drug and the phase III trial was halted. Dose-reduction recommendations were made, and the drug is now used in patients for whom no alternative TKI is available and those who have the T315I mutation. Currently, the substantial and durable responses that this drug provides are difficult to balance against the late-in-course vascular occlusive events. The hope is that ongoing research into the mechanism of presumed endothelial damage will provide a better understanding of how to position this drug for optimal use. 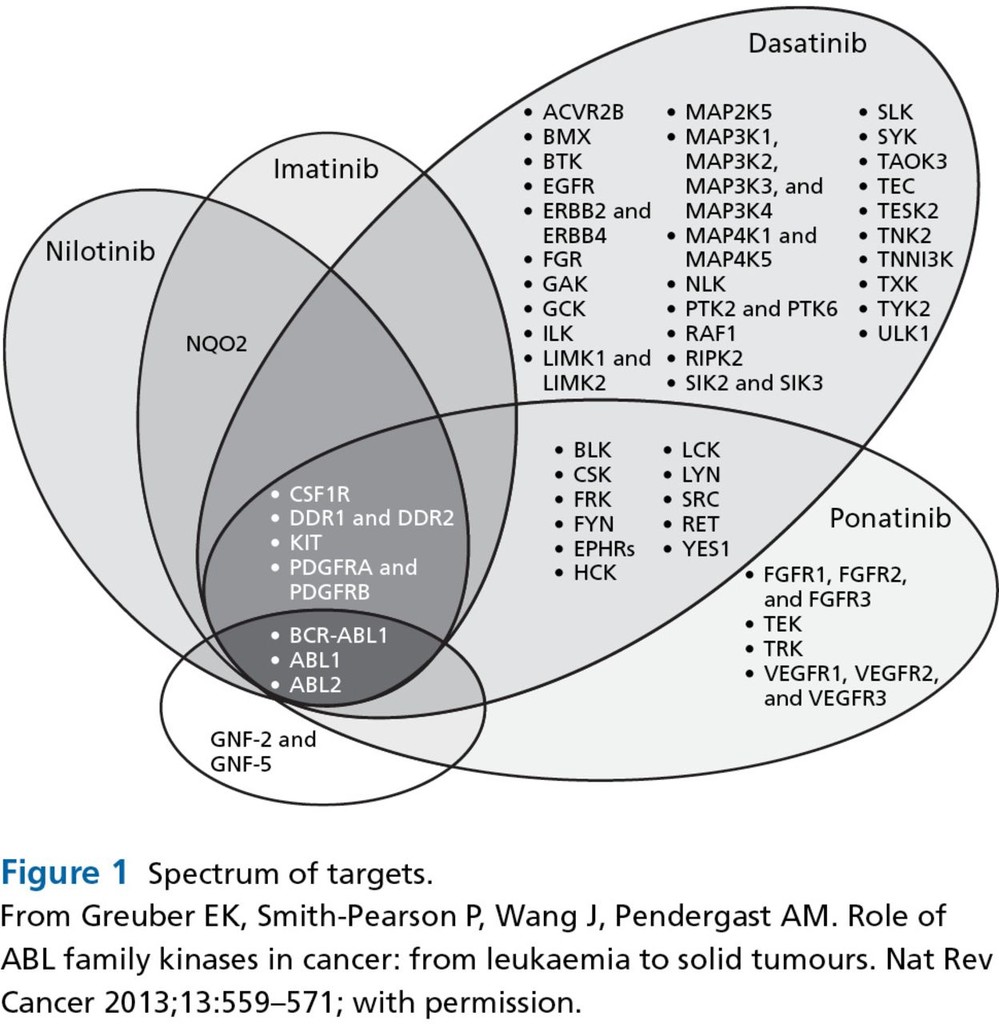 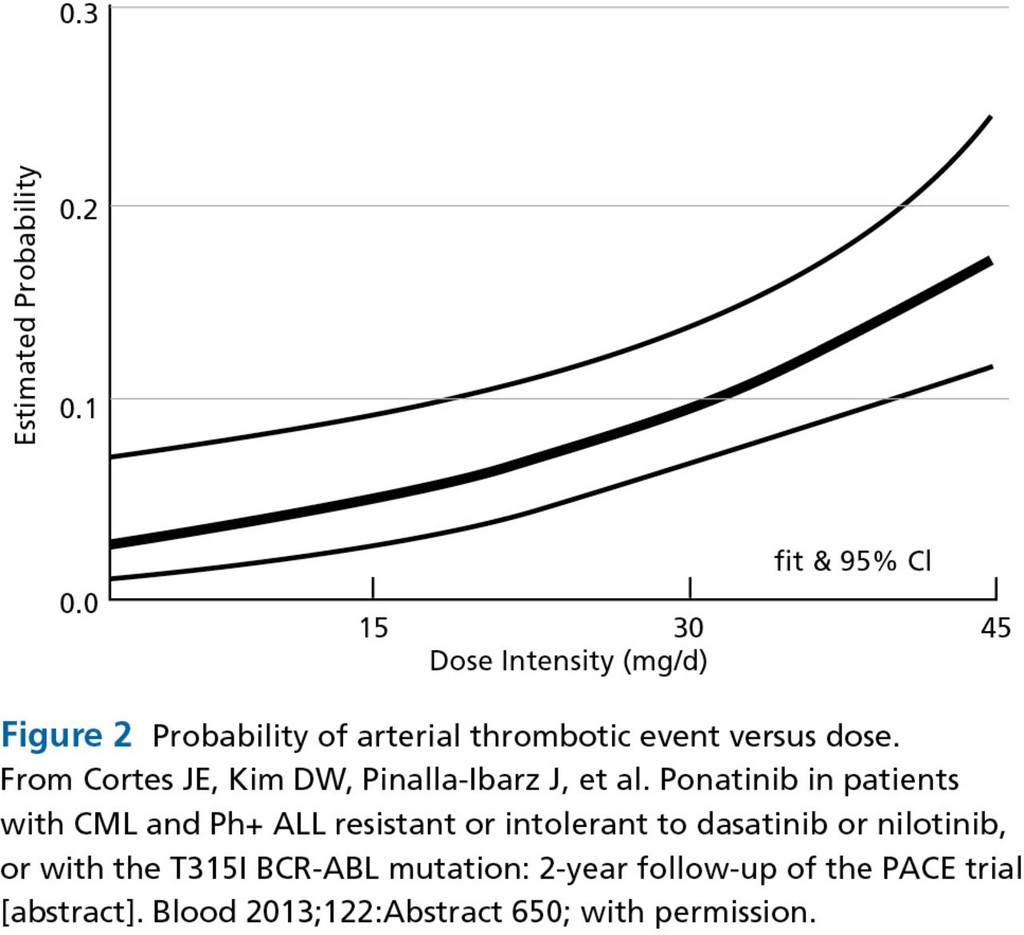 From Cortes JE, Kim DW, Pinalla-Ibarz J, et al. Ponatinib in patients with CML and Ph+ ALL resistant or intolerant to dasatinib or nilotinib, or with the T315I BCR-ABL mutation: 2-year follow-up of the PACE trial [abstract]. Blood 2013;122:Abstract 650; with permission. 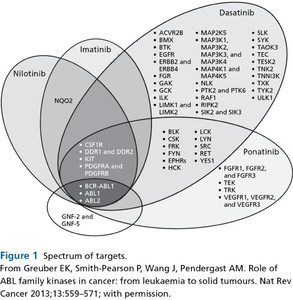 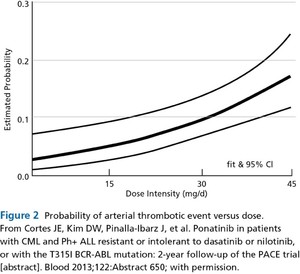