Solid Malignancies in Individuals With Down Syndrome: A Case Presentation and Literature Review

Individuals with Down syndrome (DS) are at elevated risk for acute leukemia, whereas solid tumors are uncommon, and most types, including breast cancers, have significantly lower-than-expected age-adjusted incidence rates. This article reports on a man with DS and breast cancer, thought to be the first in the literature, and presents the management of his cancer. The literature on malignancies in patients with DS is reviewed and the major epidemiologic studies that have examined the spectrum of cancer risk in individuals with DS are summarized. Potential environmental and genetic determinants of cancer risk are discussed, and the potential role of chromosomal mosaicism in cancer risk among patients with DS is explored. Trisomy of chromosome 21, which causes DS, provides an extra copy of genes with tumor suppressor or repressor functions. Recent studies have leveraged mouse and human genetics to uncover specific candidate genes on chromosome 21 that mediate these effects. In addition, global perturbations in gene expression programs have been observed, with potential effects on proliferation and self-renewal. 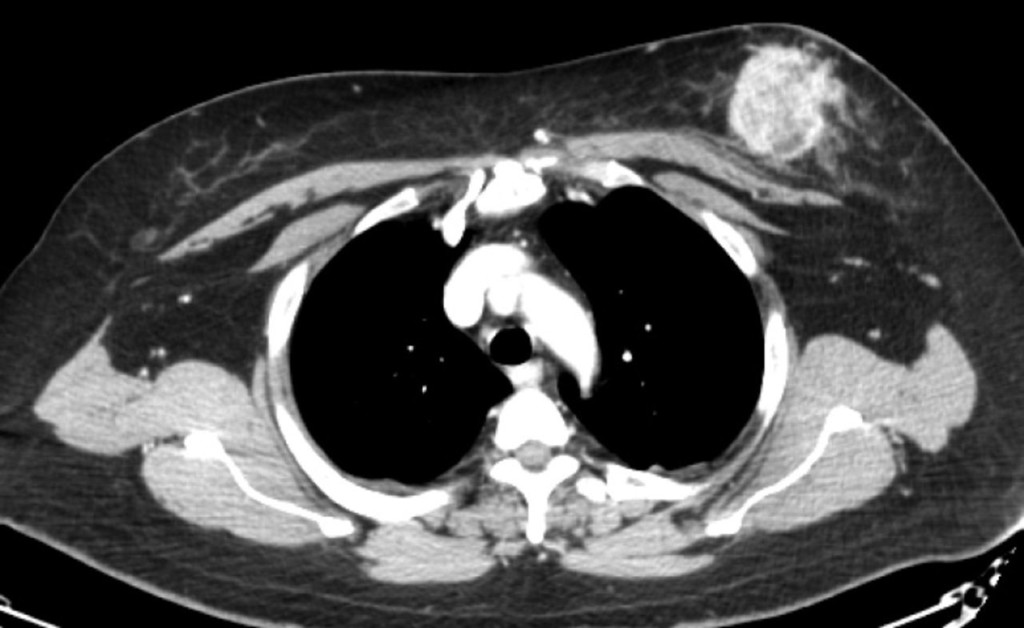 Axial CT image demonstrating a large heterogeneously enhancing mass in the left breast at the time of diagnosis. 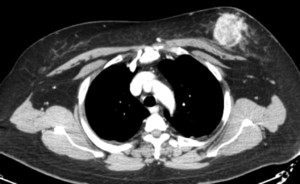