Granulocyte colony-stimulating factor is the pivotal component of mobilization regimens and the growth factor most often used for peripheral blood progenitor cell collections. When used alone or after chemotherapy, products with adequate yields of CD34+ cells are obtained after leukapheresis, resulting in optimal blood count recovery after transplant. For patients who have had extensive prior treatment with chemotherapy and/or radiation, or treatment with specific agents, the yields may be limited. For these patients, plerixafor in combination with growth factor can be used to augment progenitor cell yield and ensure successful collection of target goals, with preservation of the integrity of the graft. Progenitor cells can similarly be collected by leukapheresis from patients for autologous use and from allogeneic donors, after a period of growth factor administration. Many chemotherapy regimens can be used before growth factor administration that serve a dual role of reducing tumor burden and enhancing the progenitor cell collection. Given modern methods, a high success rate exists for procurement of adequate stem cell products. 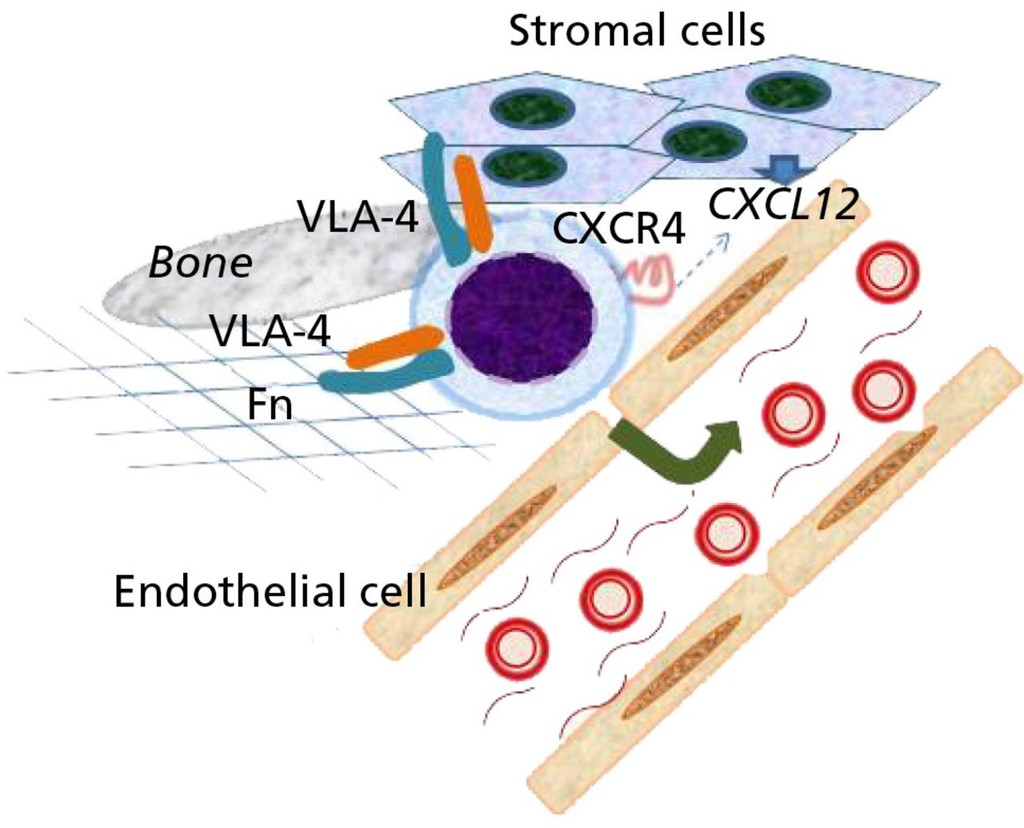 Stem cell mobilization. The hematopoietic stem cell resides in the endosteal niche, interacting with extracellular matrix components such as fibronectin (Fn), stromal cells, osteoblasts, and endothelial cells. Mobilization requires disruption of interactions, including integrins such as VLA-4 with ligands Fn or VCAM-1, CXCR4 migration toward CXCL12, c-kit with stem cell factor, and others, and then transendothelial migration to access the vasculature. 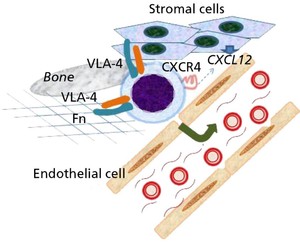