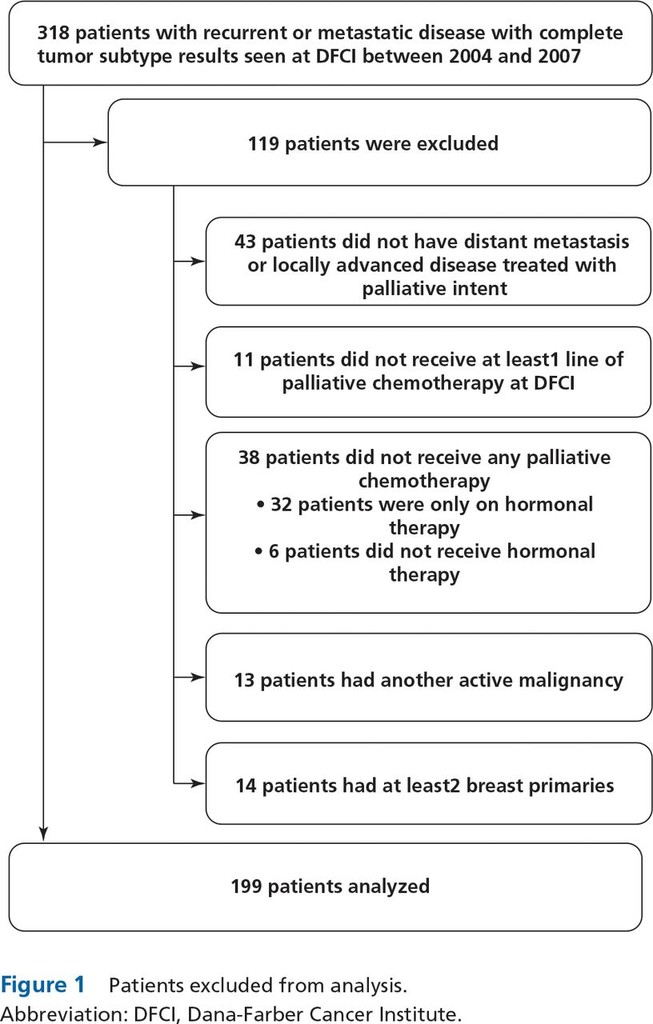 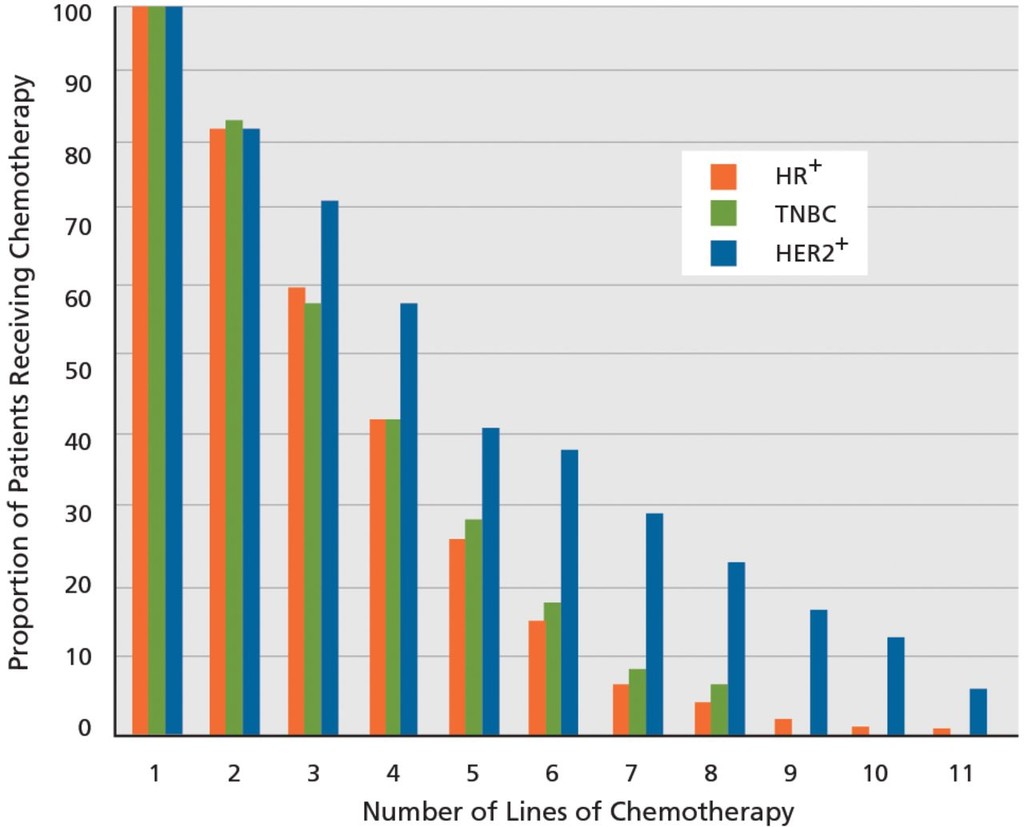 Number of lines of chemotherapy by line and subtype. 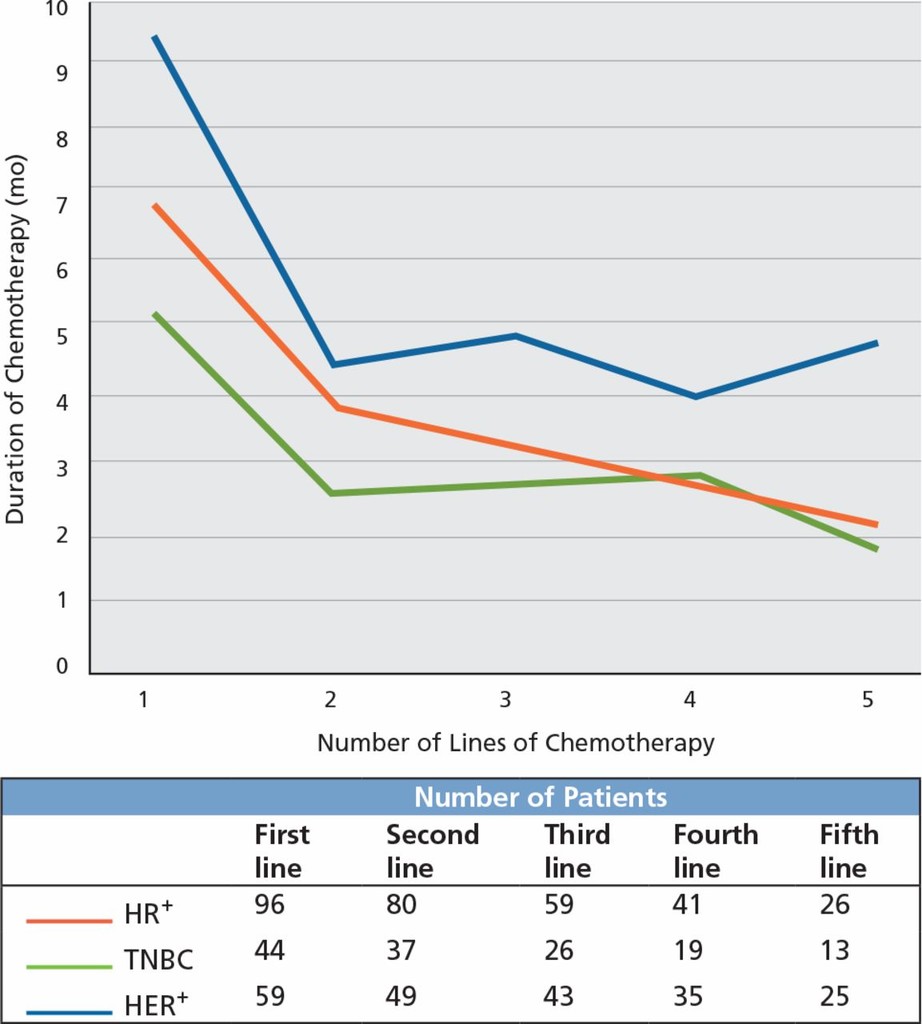 Median duration of chemotherapy according to line and subtype. Only data up to the fifth line of chemotherapy is presented as the number of patients by subtype in the sixth line and beyond is too small (<10 patients in the TNBC category) to draw any conclusions. Of the 33 patients who received first- but not second-line therapy, 14 died after first-line treatment, 7 were lost to follow-up, and 12 had not experienced progression and/or switched to endocrine treatment. 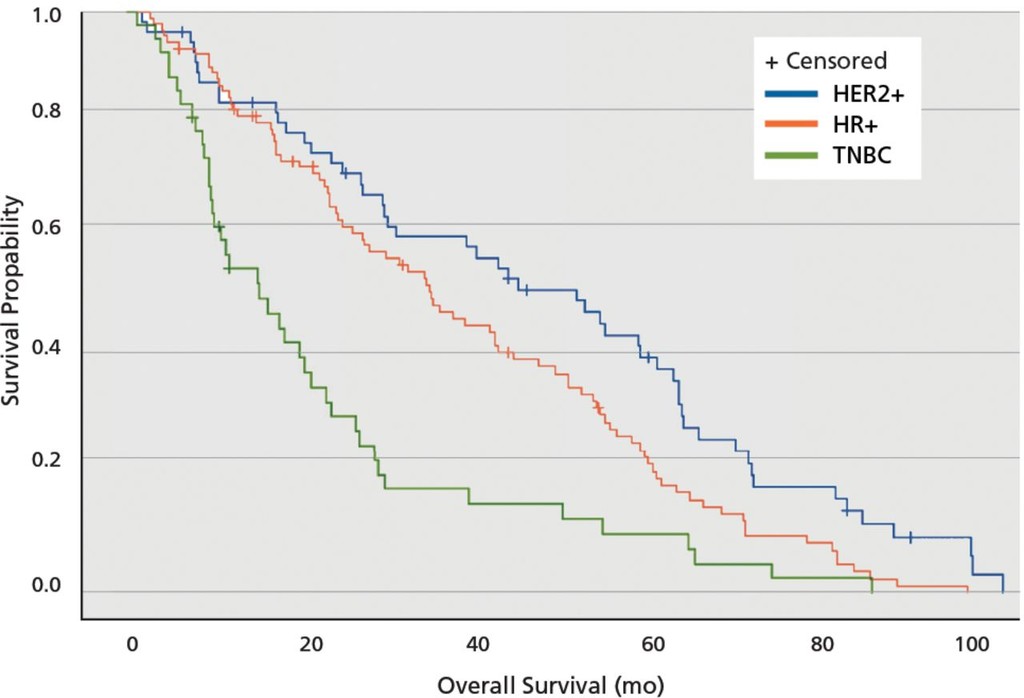 Kaplan-Meier curves for overall survival by subtype from the date of metastatic breast cancer diagnosis. 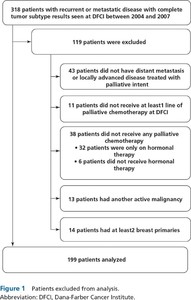 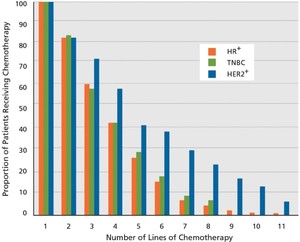 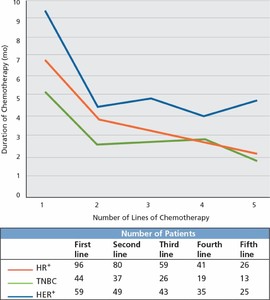 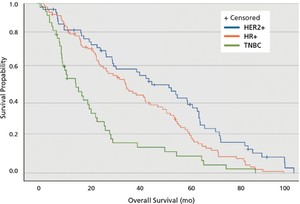