Analyses of time-based effort have determined that clinical genetic services are labor-intensive, although these data derive primarily from studying geneticists’ efforts in the pediatric model. No studies have investigated the time and patient care activities of cancer genetic counselors (GCs) in traditional clinics with a medical geneticist (GC/MD) compared with genetic counselor-only (GCO) appointments. In this study, 6 GCs prospectively tracked time spent in patient care activities in both clinical settings. The authors found that overall, GCs’ time spent per patient was lower for GCO versus GC/MD visits. No differences were seen in time spent on results disclosure, but differences were noted in case preparation, face-to-face, and follow-up times. Furthermore, no differences were seen in number of case preparation activities or topics covered during a session. These data suggest that GCO visits result in better use of GCs’ time, without a trade-off in number of patient-related activities.

Breakdown of the suspected diagnoses for patients seen in genetic counselor-only (GCO) clinics (A) and medical genetics clinics (B). 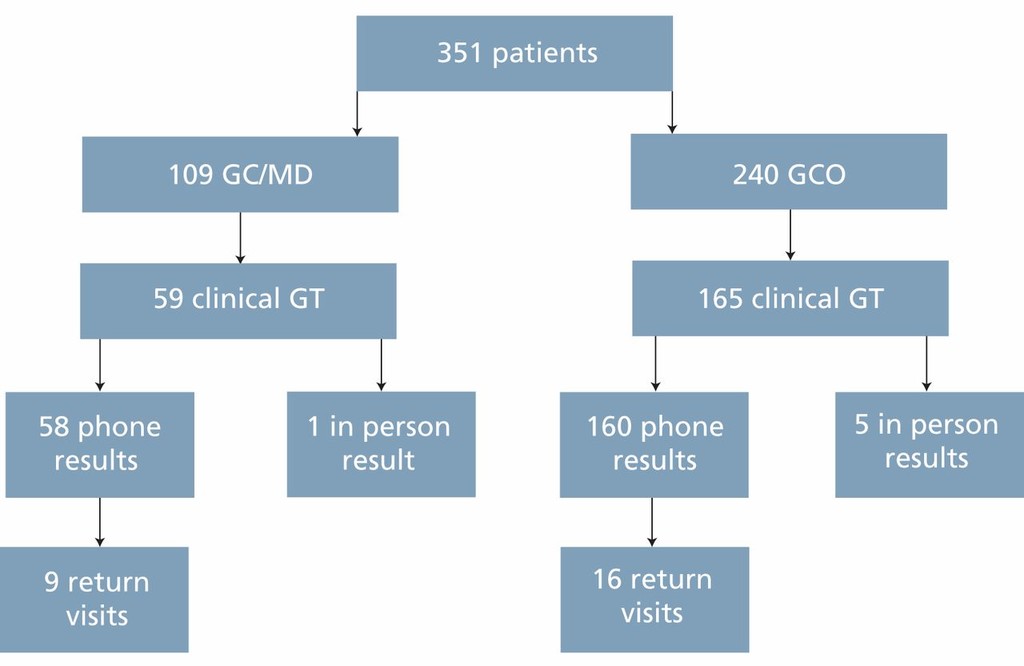 Flow diagram of the patients who pursued clinical genetic testing (GT) in both types of clinics. 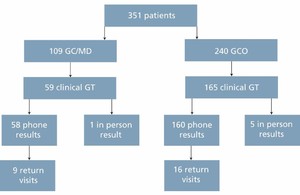