The role for a single dose of intravesical chemotherapy (IVC) after transurethral resection (TUR) remains unclear in patients with non–muscle-invasive bladder cancer (NMIBC). Several recent randomized clinical trials (RCTs) have evaluated its effect on recurrence, prompting this systematic review of RCTs comparing a single immediate postoperative dose of IVC versus placebo within 24 hours of TUR of NMIBC, and this meta-analysis using a random-effects model to predict the pooled relative risk (RR) of tumor recurrence. Subanalyses pooled studies by drug type and a meta-regression was performed to determine the effect of underlying patient risk factors on the efficacy of a single dose of IVC. A total of 3103 patients were randomized in the 18 RCTs that met inclusion criteria. The recurrence rate in patients receiving perioperative IVC and TUR was 37% versus 50% in the TUR-alone group. The pooled RR of recurrence for IVC and TUR was 0.67 (95% CI, 0.56–0.79), corresponding to a 13% absolute reduction and a number needed to treat of 7.2 patients to avoid 1 recurrence. The proportions of patients with tumor risk factors (T1, high-grade, multifocal, or recurrent) were not associated with IVC efficacy. A single dose of IVC administered within 24 hours of TUR of NMIBC was found to result in a reduction in tumor recurrence (RR, 0.67; 95% CI, 0.56–0.79). Patients with higher-risk tumor features seem to benefit at a similar rate. 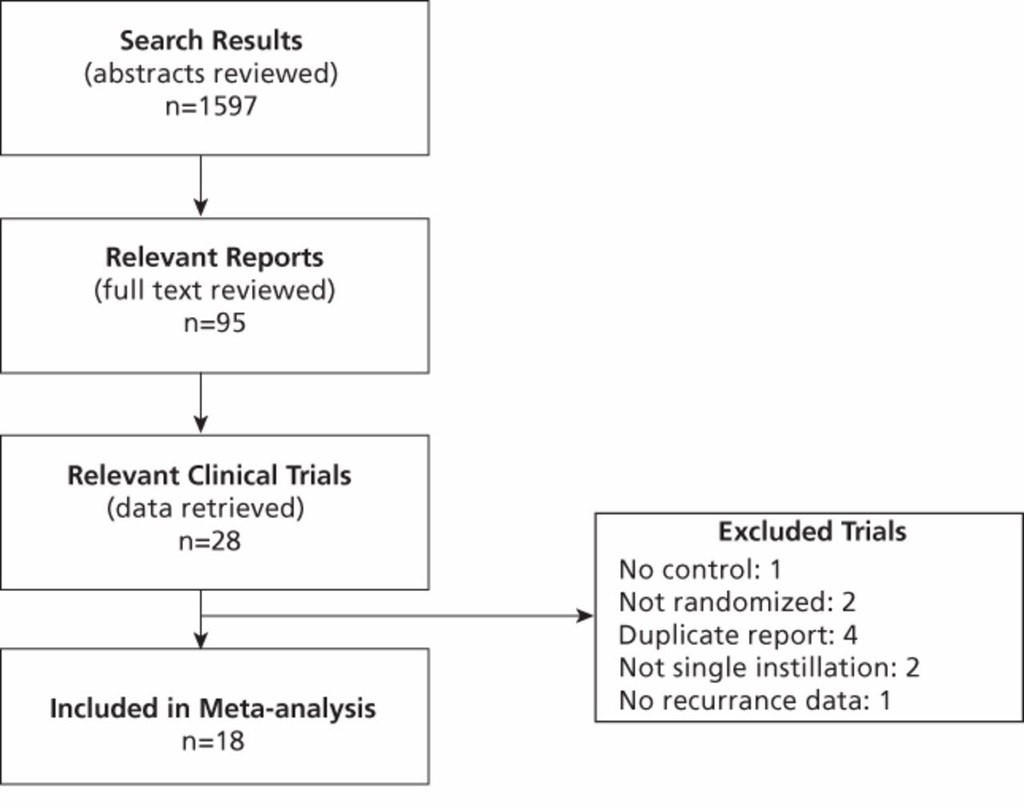 Selection of trials for analysis. 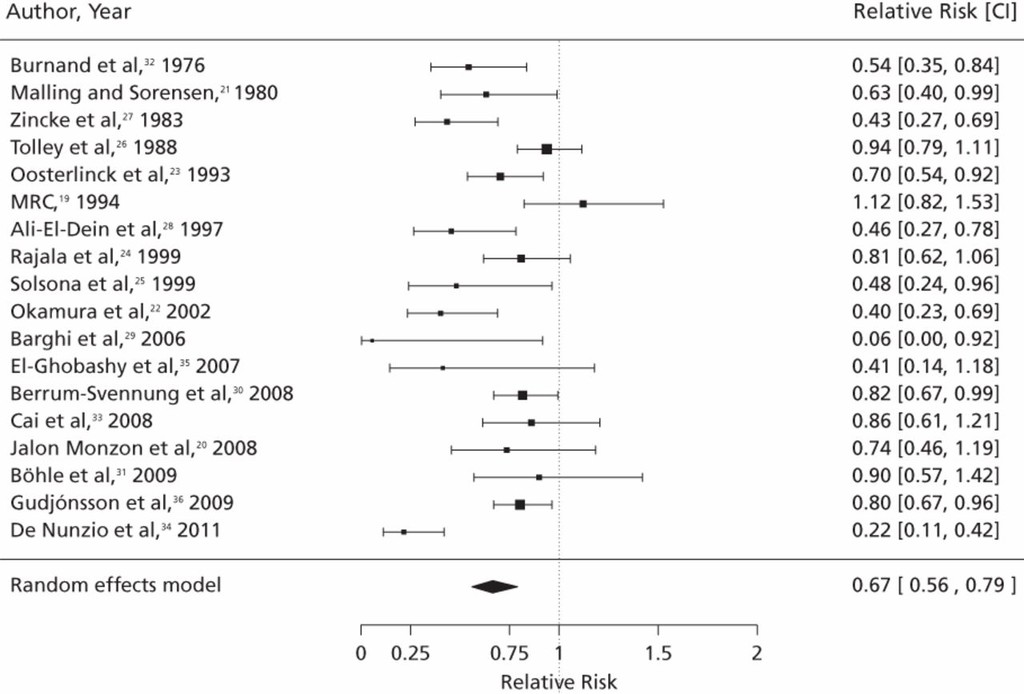 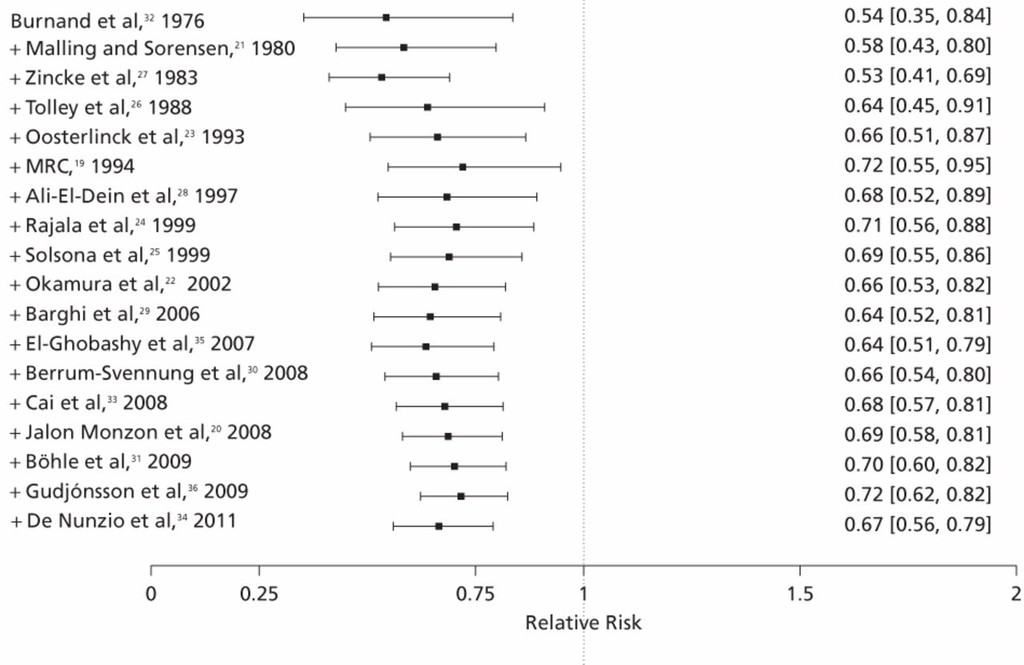 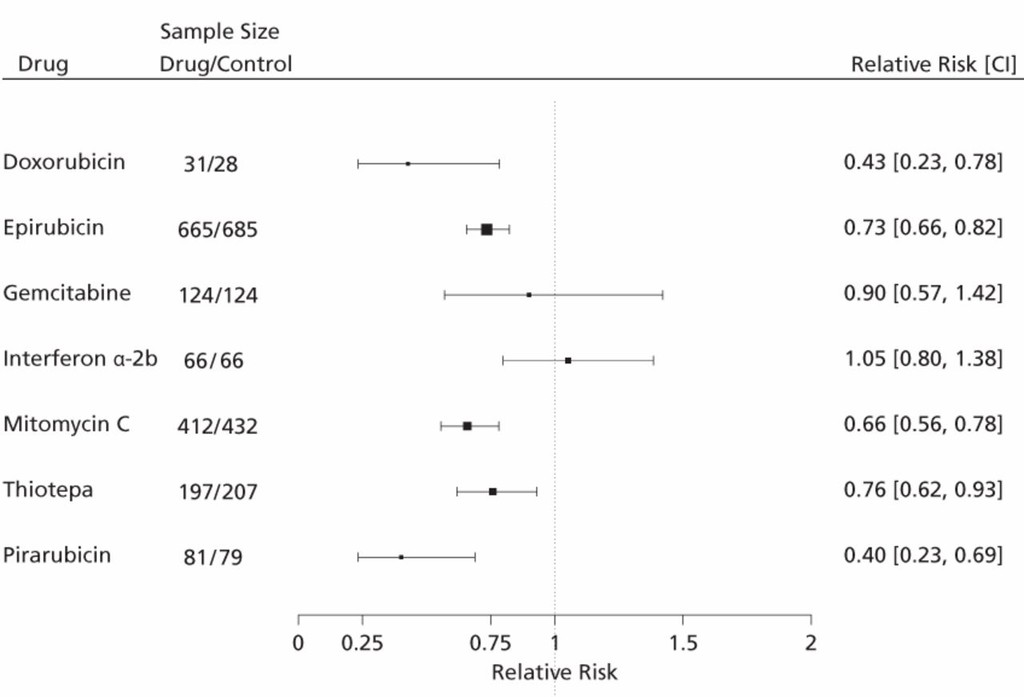 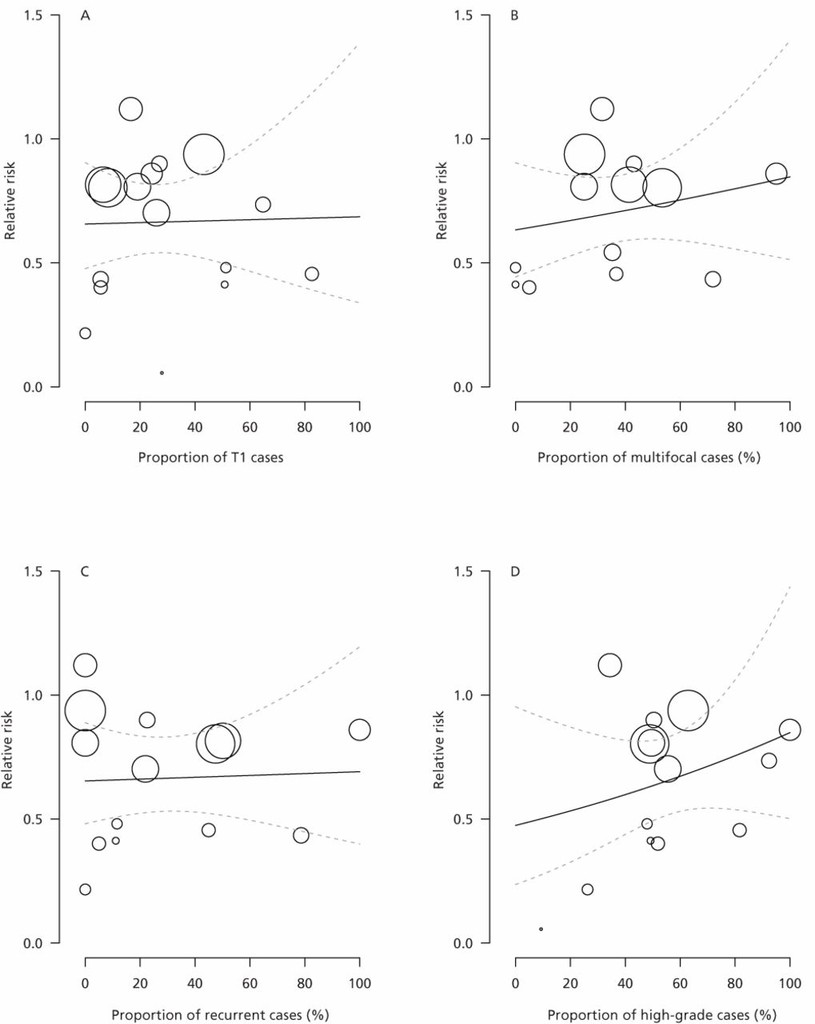 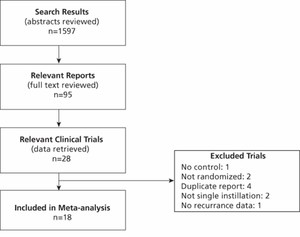 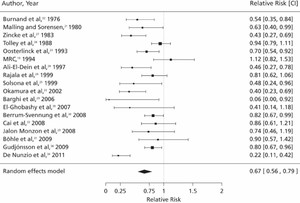 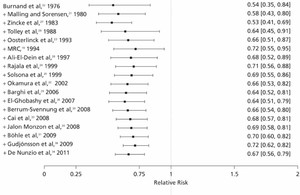 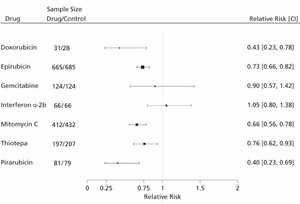 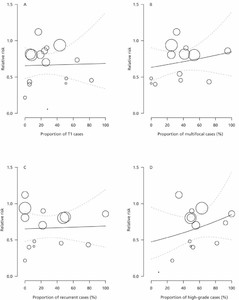