Comparison of (A) volume-modulated arc therapy, (B) fixed-field intensity-modulated radiation therapy, and (C) proton beam therapy treatment plans created for prostate cancer treatment in the same patient. Note the conformality of the prescription dose (red) around the prostate and distribution of low-dose radiation (yellow/purple) comparatively among the 3 techniques. A, anterior; L, left; P, posterior; R, right. 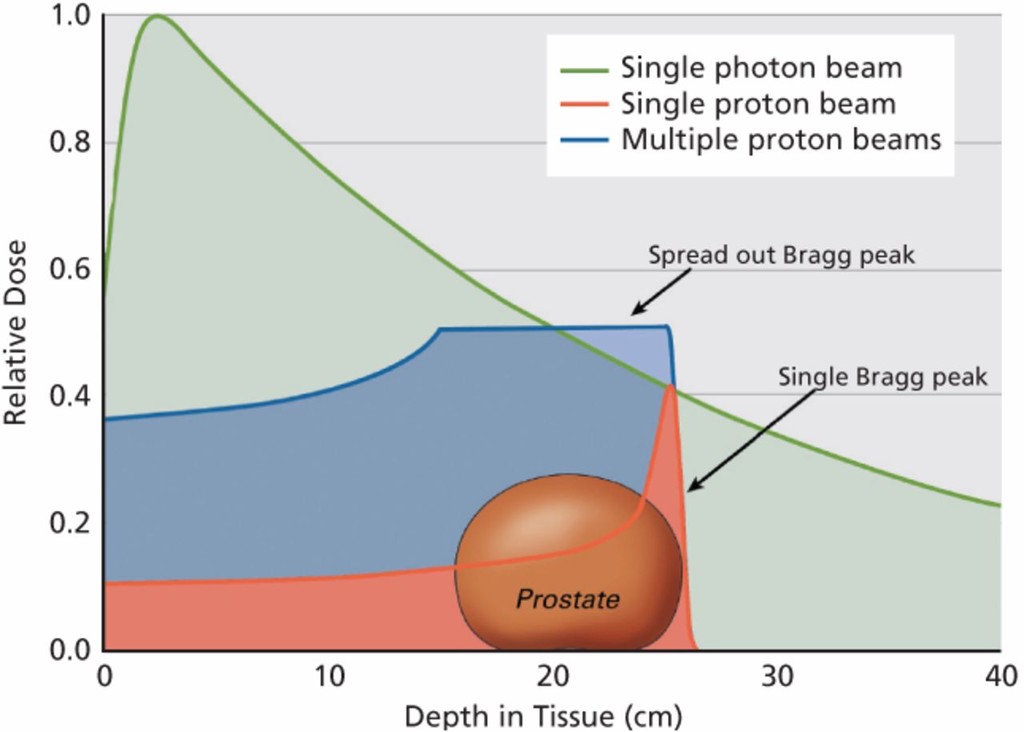 Typical photon and proton paths in tissue. For photon radiation, the highest dose is deposited within the first few centimeters of tissue, followed by linear attenuation as the photon passes through the patient. Multiple photon beams are used to deliver the desired dose to the target while minimizing dose elsewhere. For proton radiation, there is a small amount of entrance dose, but most of the dose is deposited over a discrete area, called the Bragg peak. Multiple Bragg peaks are stacked or spread across the target to deliver the desired dose. 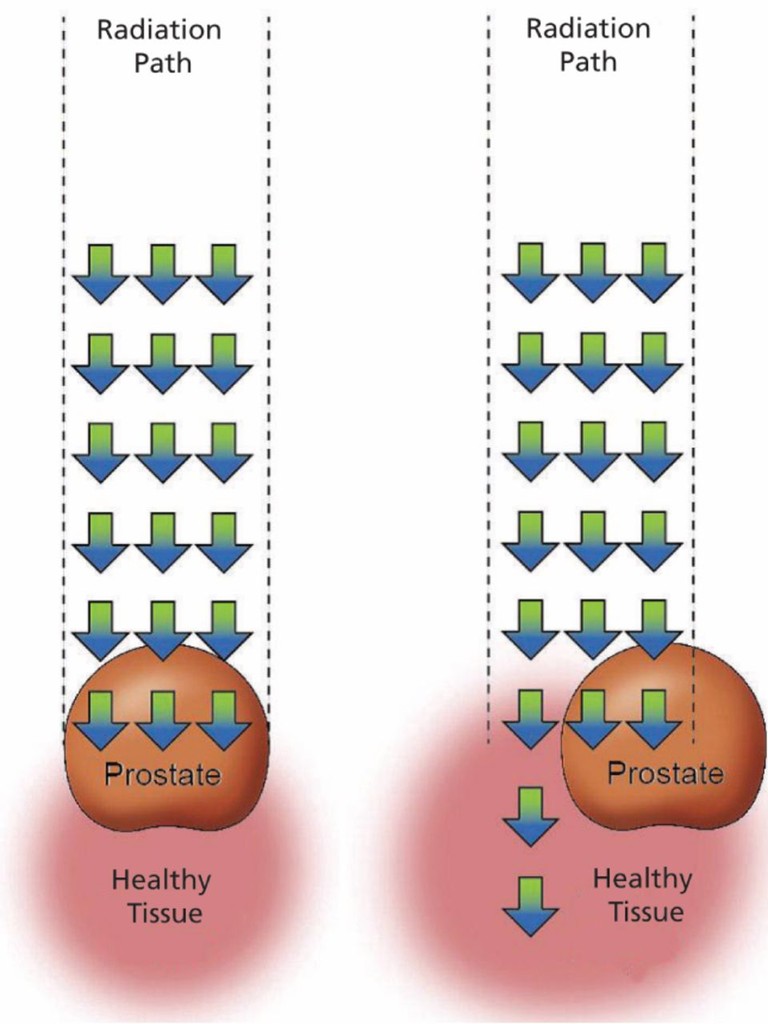 Image-guided radiation therapy uses imaging taken immediately before treatment to align the radiation path with the prostate. When appropriately aligned (left), radiation is delivered to the prostate, avoiding adjacent organs. If alignment is off (right), this may result in failure to treat the prostate and the delivery of a potentially harmful radiation dose to the adjacent healthy tissue. 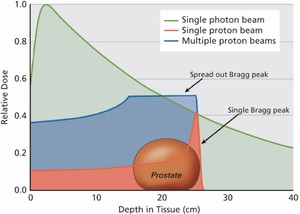 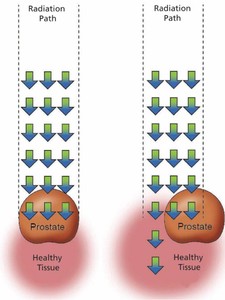