Update on Safety of ESAs in Cancer-Induced Anemia

Patients with cancer frequently develop a multifactorial anemia. The past decade has seen a dramatic improvement in understanding of the biology of the anemia of chronic disease, which has increased interest in studies of parenteral iron or antihepcidin strategies in these patients. Randomized trials have shown that therapy with erythropoiesis-stimulating agents (ESAs) is associated with a reduction in transfusion rates in patients with cancer undergoing chemotherapy. More recently, some studies have suggested that ESA therapy may increase the risk of tumor progression or reduce survival in patients with cancer. This topic was extensively reviewed previously. This update supplements prior reviews with data generated over the past 4 years. During this interval, interest in thrombosis and its role in cancer biology has increased, and concerns about the thrombotic risks of ESAs has moved to the fore-front. Until additional safety data are forthcoming, ESAs should be used only to treat chemotherapy-induced anemia, with the goal of preventing transfusions. Patients and physicians should be aware of the safety data for these products. 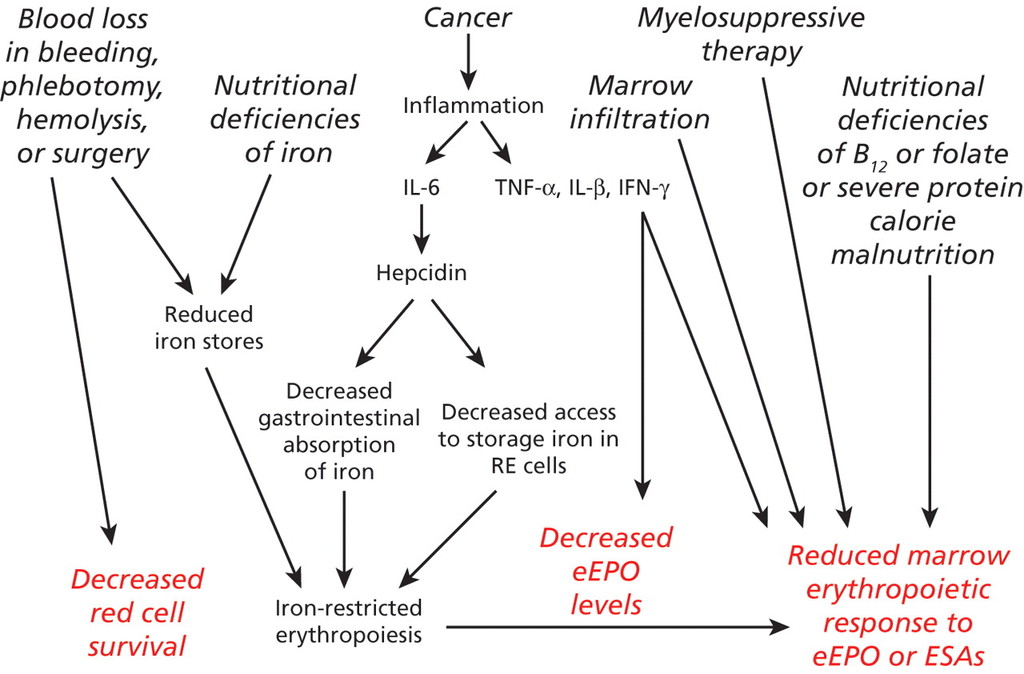 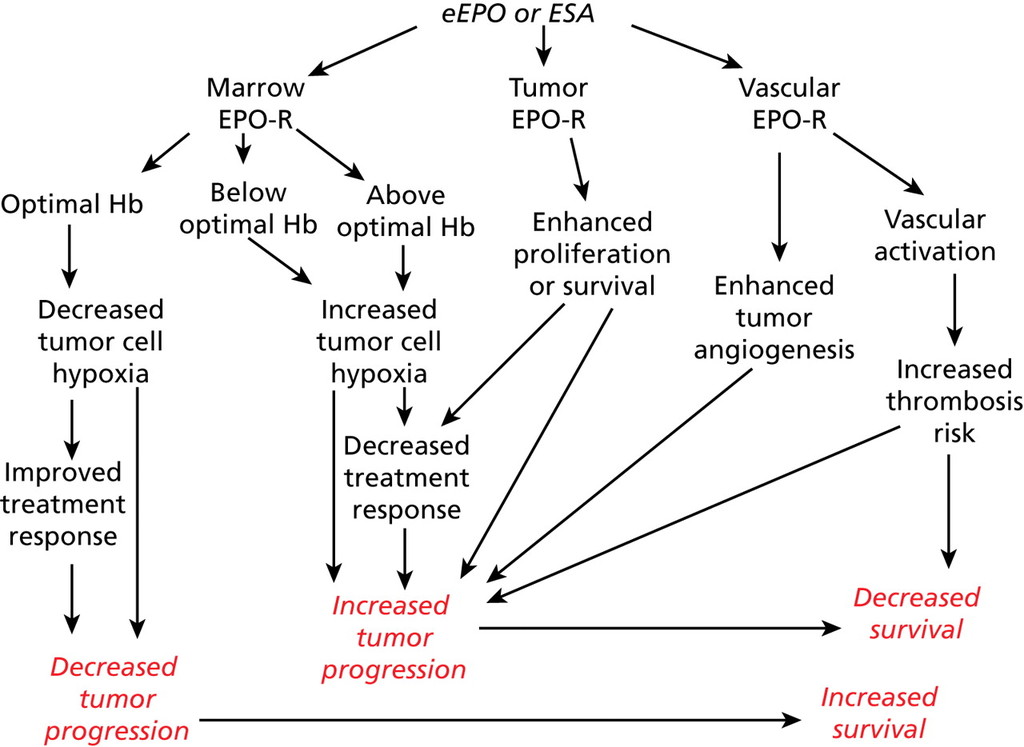 Theoretical framework for the multiple postulated effects of ESA therapy on tumor progression or survival in patients with cancer. Although this figure illustrates the complexity of potential factors involved, none of the hypothesized mechanisms have been shown to occur in patients with cancer treated with ESAs. 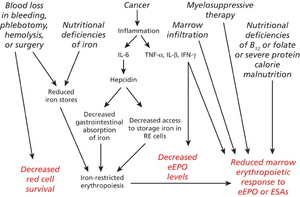 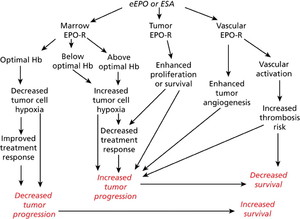