Featured Updates to the NCCN Guidelines

The panel listed the new recommendation as “cisplatin-based chemotherapy +/- RT” for treatment of metastatic disease. They added a statement to the footnote associated with this recommendation to stress that this RT is for the primary tumor, not the metastases. The panel also emphasized that RT, if given, is intended for palliation only and is best administered with 5-fluorouracil (5-FU)–based chemotherapy with a platinum agent.

Updates to Principles of Radiation

During the review that preceded the panel meeting, a reviewer questioned the continued listing of the anteroposterior-posteroanterior (AP-PA) technique for radiation delivery. The panel agreed that this recommendation is outdated and that the AP-PA technique is no longer the standard of care. The original recommendation was based on the RTOG 98-11 trial, the protocol for which was written more than 10 years ago.28 That trial also allowed for treatment using multifield techniques, and the panel unanimously agreed that multifield technique is preferred over the AP-PA technique.

The panel also discussed the use of PET/CT for RT planning, based on a reviewer’s comment. Considerable controversy surrounded this issue. Importantly, the uptake of the radiolabeled sugar (18F-fluorodeoxyglucose) used in PET/CT scans is not specific for malignancy and can be taken up by normal tissue, for instance during inflammation, infection, or injury.29 Some panelists expressed concern that a suspicious lymph node might appear on PET/CT that had not been palpated. They stated that these nodes cannot be assumed nor are likely to be clinically significant (containing metastatic disease), and that excisional biopsy may lead to a delay of treatment. Other panelists disagreed that a small excision would significantly delay chemoRT. Because the radiation oncologists on the panel pointed out that PET/CT can provide valuable information to aid in treatment plans, and because all panelists agreed that a core needle biopsy could be performed on suspicious nodes without delaying treatment initiation, the panel decided to add the statement that “PET/CT should be considered for treatment planning.”

PET/CT for Assessment of Treatment Response

The discussion about PET/CT use for the assessment of treatment response engendered some controversy. As with the use of PET/CT for treatment planning, some panelists are concerned about the risks associated with the identification of positive lymph nodes that had not been found on clinical examination. The panelists agreed that these nodes cannot be assumed to be clinically significant, and many panelists expressed concern that some patients may be inappropriately given salvage surgery for responding disease that is mistaken for progressive or persistent disease. Therefore, the panel decided not to recommend PET/CT for the assessment of treatment response. 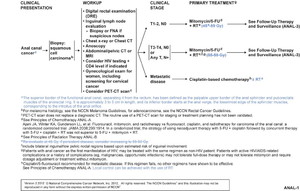 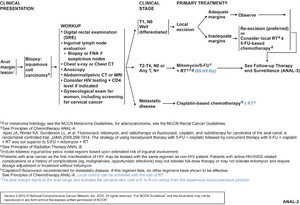 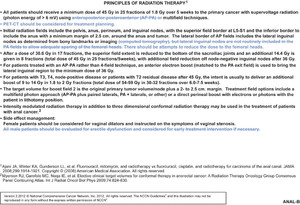