Cetuximab is typically administered on a weekly schedule for patients with recurrent or metastatic head and neck squamous cell cancer (HNSCC). This study explores cetuximab administered every 2 weeks (q2w). In this multicenter randomized prospective phase II study, eligible patients (≤2 prior cytotoxic chemotherapy regimens for recurrent or metastatic disease; ECOG performance status ≤2) were randomized to receive cetuximab q2w at 500 mg/m2 (Group A) or 750 mg/m2 (Group B). The primary end point was response rate (RECIST 1.0). Sixty-one patients were enrolled: 35 in Group A and 26 in Group B, which was closed early for lack of efficacy. Confirmed partial response rates were 11% for Group A (4/35) and 8% for Group B (2/26) according to intention to treat analysis. Partial responses occurred only among patients whose primary tumors were in the oral cavity or larynx. Median progression-free survival (PFS) and median overall survival (OS) were similar for both groups (PFS, 2.2 and 2.0 months; OS, 7.0 and 9.4 months; Groups A and B, respectively). The most common cetuximab-related adverse events (all grades) among treated subjects included rash, fatigue, and hypomagnesemia. Cetuximab, 500 mg/m2, q2w achieves similar efficacy as conventional dosing for patients with recurrent or metastatic HNSCC. Escalating the dose to 750 mg/m2 q2w offers no obvious therapeutic advantage. 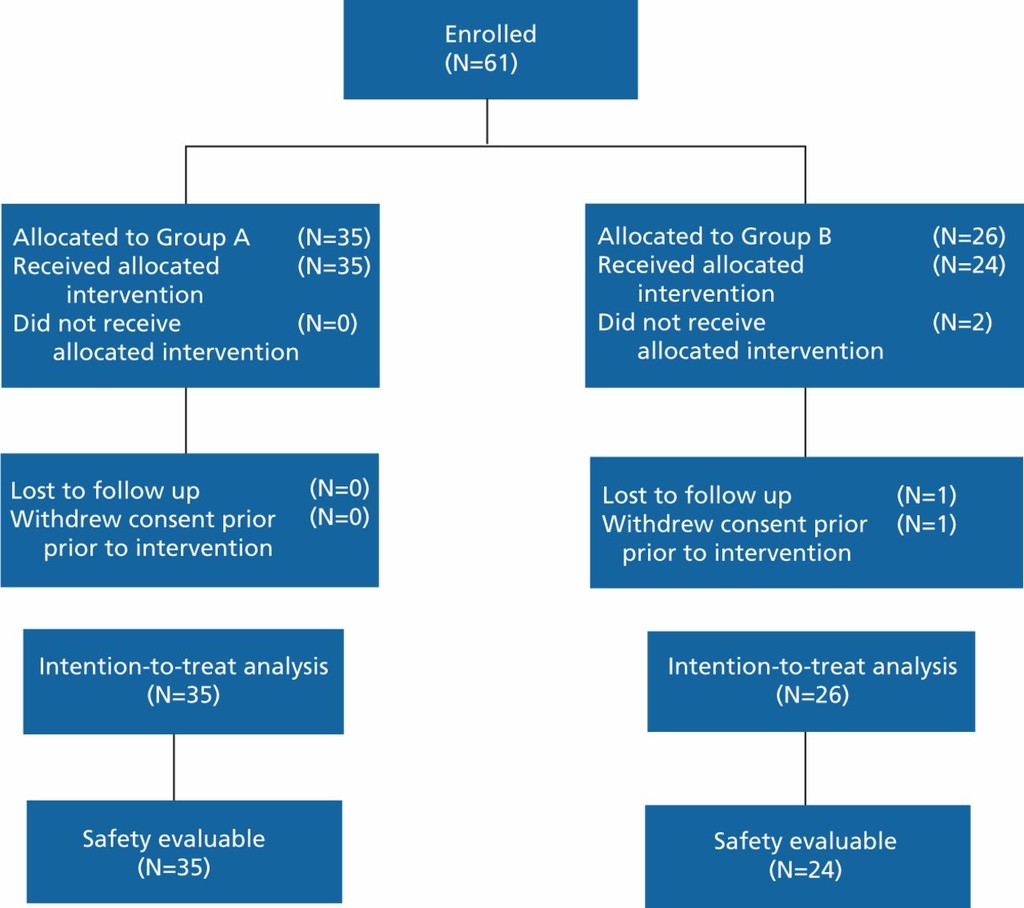 Kaplan-Meier plots for overall survival (OS) in Group A and Group B (orange lines) with 95% CIs (blue and green lines).

Kaplan-Meier plots for progression-free survival (PFS) in Group A and Group B (orange lines) with 95% CIs (blue and green lines). 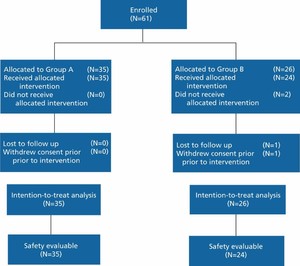